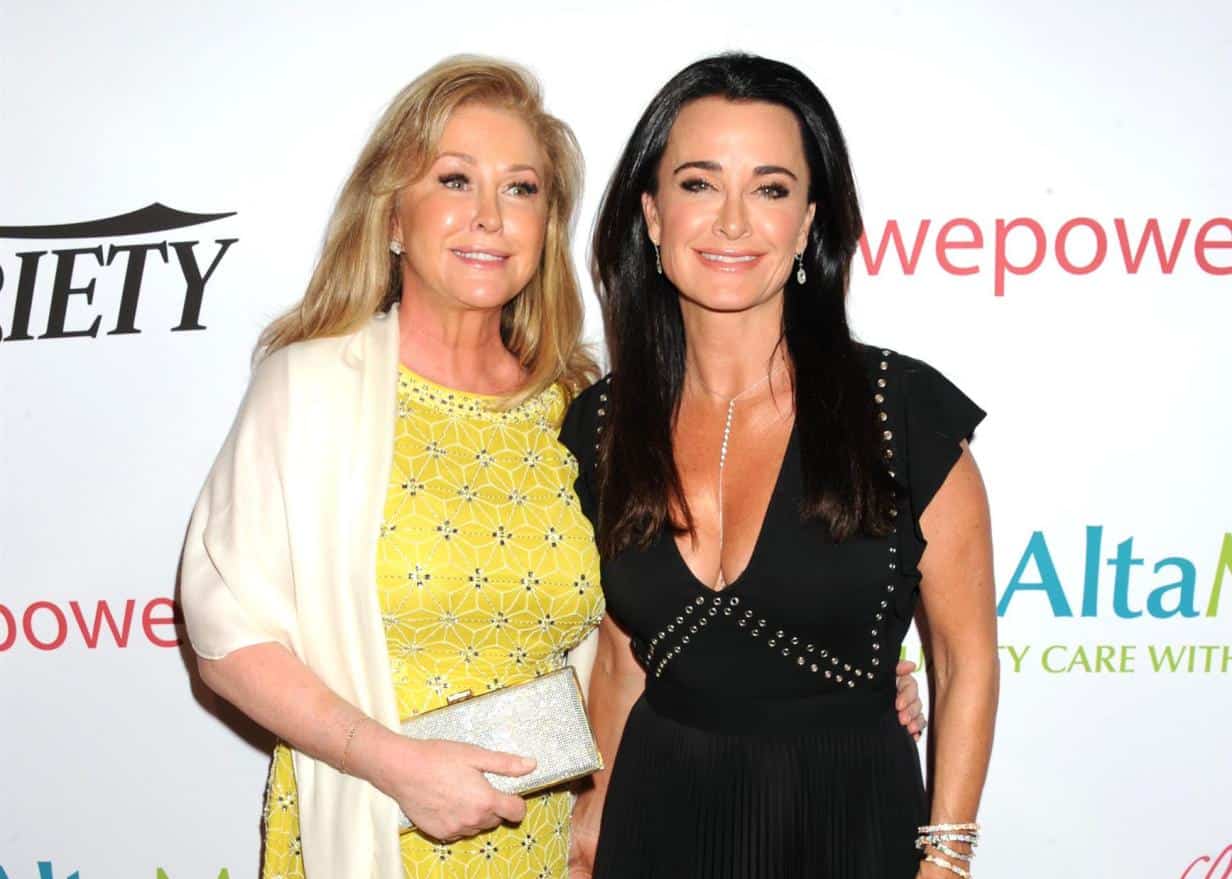 It’s all sisterly love for Kyle Richards, as her big sister Kathy Hilton supposedly joins the cast of The Real Housewives of Beverly Hills as a “friend of” next season.

The series OG revealed in a new interview that although she’s had her fair share of familial drama on the show, with sister Kim Richards part of the cast for seasons 1-5 (and as a guest thereafter), she’d be ready to bring another part of the Richards family into the RHOBH fold.

“Well, God knows. I did that for a long time on the show,” Kyle told Us Weekly on Friday as she shared her thoughts on mixing work and family. “I think it would be interesting and fun. I feel like it’d be an adventure, and people know from watching the show that we’ve gone through some rough times together but we’re great. We talk every day, many times a day, and we laugh. And so, I think it’d be fun.”

Although the reports of Kathy joining the RHOBH family have made the rounds, Kyle wouldn’t officially confirm those reports just yet.

As rumors began to swirl in September about Kathy as a potential addition, Kathy reportedly said that she was “definitely interested” in the idea.

Kyle also shared her thoughts on Watch What Happens Live after Kathy was spotted out with Andy Cohen.

“I would be happy if my sister [joined the cast],” she stated. “My sister Kathy is actually, people don’t know this, she’s one of the funniest people there is. She’s a practical joker and she’s very, very funny. I think she’d be an amazing ‘housewife’ actually.”

As fans of the franchise know, Denise Richards confirmed she would not be returning to the show for its upcoming episodes earlier this month and, a few weeks later, after having a full-time status for three seasons, Teddi Mellencamp revealed that Bravo did not renew her contract for season 11.

Actress Tori Spelling was also reported to be an upcoming RHOBH housewife, although those rumors were recently shut down with reports of the network wanting to stray from hiring actresses for a while.

The Real Housewives of Beverly Hills is currently in production for season 11, as Kyle and [former?] foil Garcelle Beauvais were recently spotted sharing a hug and enjoying lunch together while filming. And just yesterday, on October 24, Kyle took to her Instagram page to share a super glam photo of herself as she prepared to film the new season.

“Sorry I was late @doritkemsley I was busy taking pictures for the gram ???? #butforreal,” wrote Kyle, poking fun at her previous criticism of Dorit Kemsley being late to events due to getting glammed up.