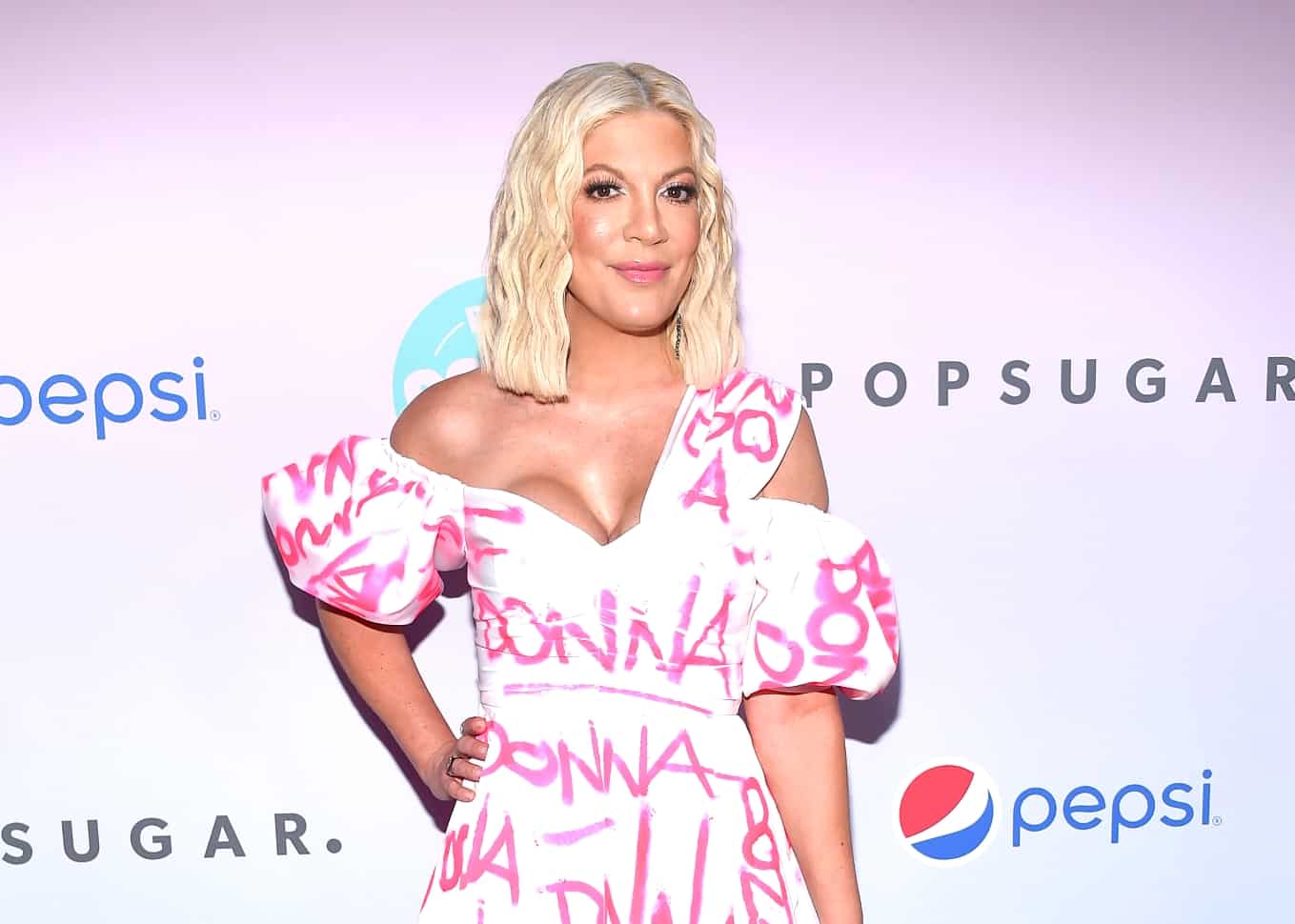 Tori Spelling is not joining the Real Housewives of Beverly Hills cast for the series’ upcoming 11th season.

Following a rumor that suggested the mother of five would be added to the show in a “friend” role, it has been revealed that she will not actually appear on the new episodes in any role, nor will any actresses.

“Because I keep seeing account after account post: Tori Spelling is NOT joining [RHOBH], crushing all of our dreams of her visiting the hibachi grill where the fall happened with Dorit,” Brice Sander, Entertainment Tonight’s Chief Real Housewives Correspondent, tweeted on October 20.

Because Tori is such a popular personality, a number of social media users expressed disappointment in the news, including writer and podcast host Jacques Peterson.

“I really wish she would, I don’t know why [Andy Cohen] is so against it!” Jacques stated, seemingly giving a nod to past rumors regarding Tori’s potential addition.

“I think they’re going to take a break from actresses-as-Housewives for a bit,” Brice explained. “The other casting rumors seem to be a return to the original theme, un-famous women with money.”

Brice was also met with plenty of Twitter users who wanted to know about other cast news, including the fate of season 10 “friend” Sutton Stracke.

“Is Sutton getting her diamond finally?” one fan asked.

“TBD, but she’s back in some capacity from what I hear,” Brice replied.

“Are we getting another housewife [though]?!” another fan wondered.

“Oh, there will def be new cast members,” Brice confirmed. “And I think at least one will be a diamond holder and not already famous.” 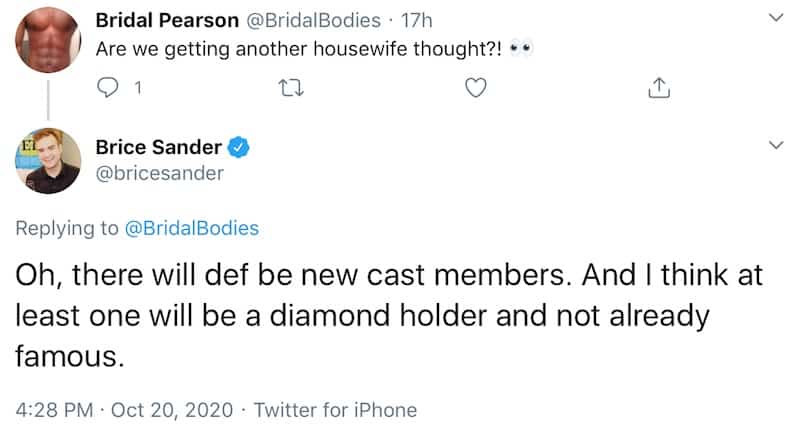 In addition to the false report regarding Tori’s possible role on season 11, there have also been reports claiming both Kris Jenner and Kathy Hilton could be featured on the upcoming season in “friend” roles.