Home Real Housewives Of Salt Lake City News Bethenny Frankel Denies Shading RHOSLC’s Lisa Barlow And Says “I Had No Idea She Was On Show” As It’s Revealed The Two Know Each Other, Plus She Slams “B*tsh*t Crazy” Fans As Lisa Reacts

Bethenny Frankel Denies Shading RHOSLC’s Lisa Barlow And Says “I Had No Idea She Was On Show” As It’s Revealed The Two Know Each Other, Plus She Slams “B*tsh*t Crazy” Fans As Lisa Reacts 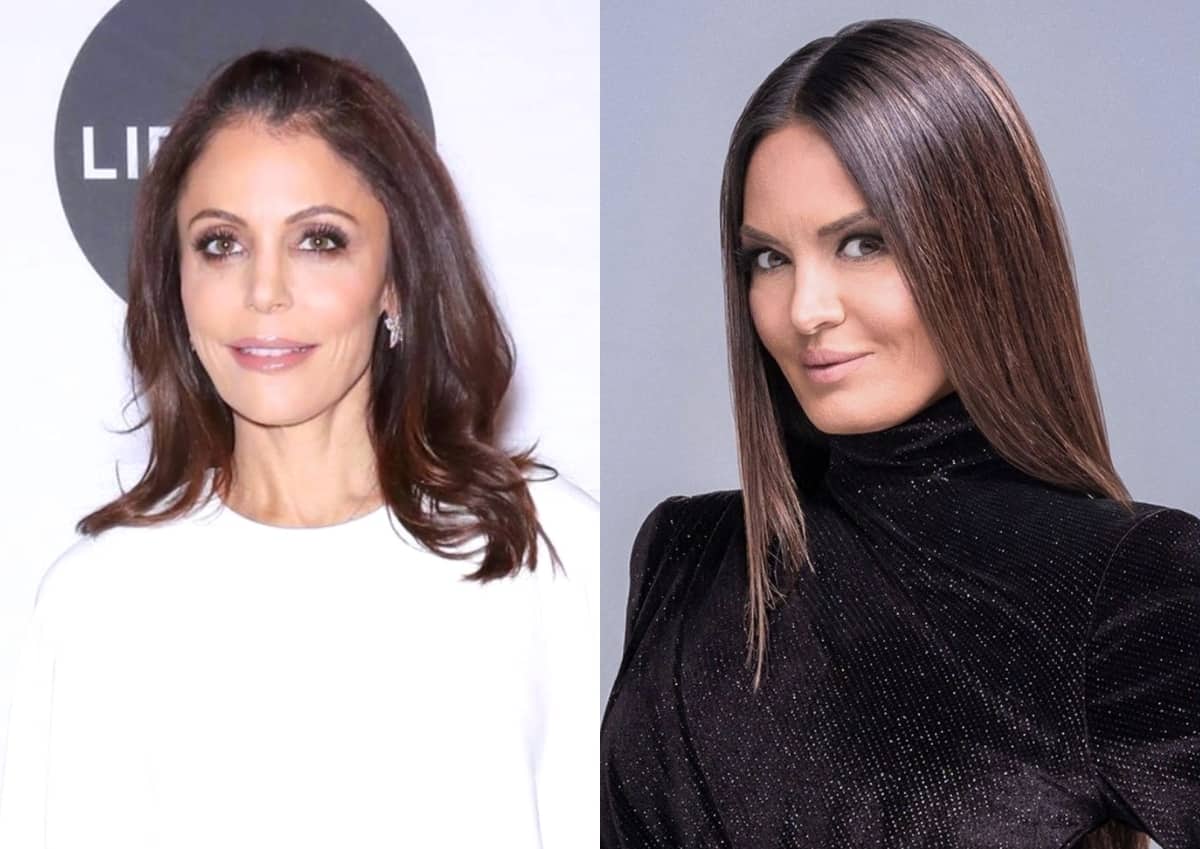 According to the former Real Housewives of New York City star, a simple fan question on Twitter apparently turned into some unnecessary drama. On February 12, Lisa was asked if she has connected with Bethenny since they’re both originally from New York and have so much in common.

“Have you connected with [Bethenny?] Both amazing New Yorkers with an alcohol brand! Not just alcohol, just strong opinionated women that don’t take [BS],” a fan wondered.

Lisa then revealed that she met Bethenny years ago and shared a picture of herself with the Skinnygirl mogul.

Bethenny then commented on Lisa’s post confirming that the two do in fact know each other, writing, “We met years ago when I was hosting Chefdance [and] she had the brand back then. I remember her being beautiful [and] sweet. I had no idea she was on the show. Congrats.” 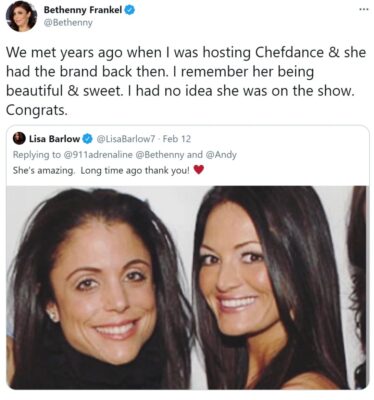 Of course, multiple fans immediately began to accuse Bethenny of throwing shade at Lisa by claiming she didn’t know she was on RHOSLC.

Another fan hilariously commented, “Ms. Shade? – Your table is ready.”

Bethenny then tweeted, “I’m so good that I don’t even know what I threw. I’ll own the shade but please tell me what to take credit for…”

Another fan commented, “’I had no idea she was on the show’ a day after their reunion episode… I miss your shade.”

The star replied by stating she doesn’t throw shade — she storms.

“I am the most literal person. I had no idea. Sweetie, I don’t shade, I thunder and I storm. You will know when there is a lightning storm. We will go right past shade. I haven’t seen the show,” she epically clapped back.

Lisa also chimed in to defend Bethenny. “Thank you [Bethenny,] you made that 10 days amazing. Our whole team still talks about it,” the Vida Tequila CEO said, referring to the event where they met. “You are everything.”

Bethenny later took a shot at the fans, but in a loving way, tweeting, “You people are crazy… and I love it.. and I mean b*tsh*t… Please don’t change. Xo”

The second part of the three-part Real Housewives of Salt Lake City reunion airs Wednesday, February 17, on Bravo at 10/9c.