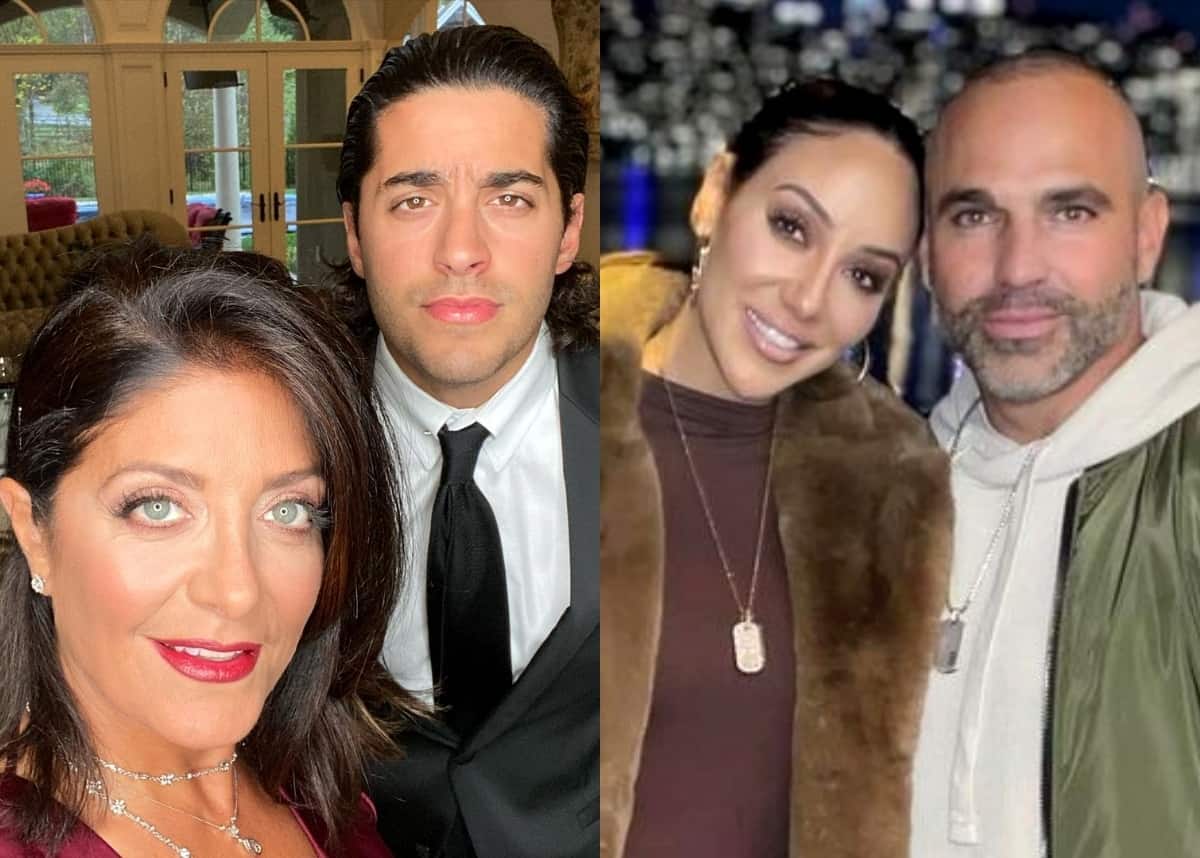 Following Victoria and Teddy’s lavish wedding in West Orange, New Jersey, Joseph was caught shading the Real Housewives of New Jersey couple in a response to an article about the pre-Valentine’s Day ceremony, which was held at the Pleasantdale Chateau.

“[Victoria Wakile], the daughter of former [RHONJ] star [Kathy Wakile], got hitched, and notably, her cousins [Joe Gorga] and [Melissa Gorga] were not in attendance,” read a headline shared by Page Six on Instagram on February 16.

“Lmao we cut those farm animals out of our life years ago that’s why they weren’t in attendance,” Joseph replied. 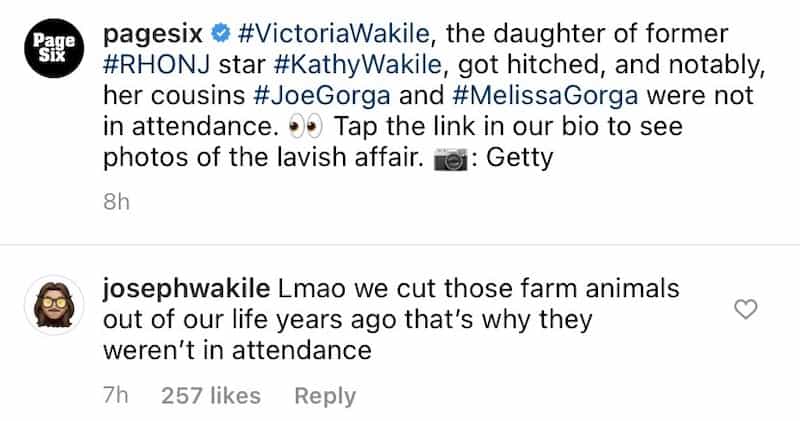 “I am so excited to be sharing my life, love and forever with my husband Teddy Kosmidis,” she announced. “I am so thrilled to be celebrating with family and close friends. We are so ready to start our future together!”

“Although this wedding may not look like others, it’s a joyous, fun, and celebratory safe event for all of us,” she continued. “While we have already pushed our special day once, we decided that moving forward in the safest manner possible was the best way to go through with our special day.”

“Today was such a beautiful day, a pure love story, witnessed by family and friends with such magical moments from start to finish,” Kathy said. “[Richie Wakile] and I are over the moon that Victoria and Teddy were able to have a safe Traditional Greek Orthodox Church wedding and reception. It’s a dream come true.”

The following day, Victoria made her marriage official on Instagram by sharing a wedding photo with her fans and followers and writing, “Mr. and Mrs. Teddy Kosmidis.”

Victoria announced her engagement in August 2019.

The Wakile family was featured on seasons three through five of The Real Housewives of New Jersey.