Meredith Marks Addresses Mary Cosby’s Controversial Church Comments and Jen Shah’s “Outbursts,” Reveals Which Bravolebrity Convinced Her to Join RHOSLC and What Surprised Her Most 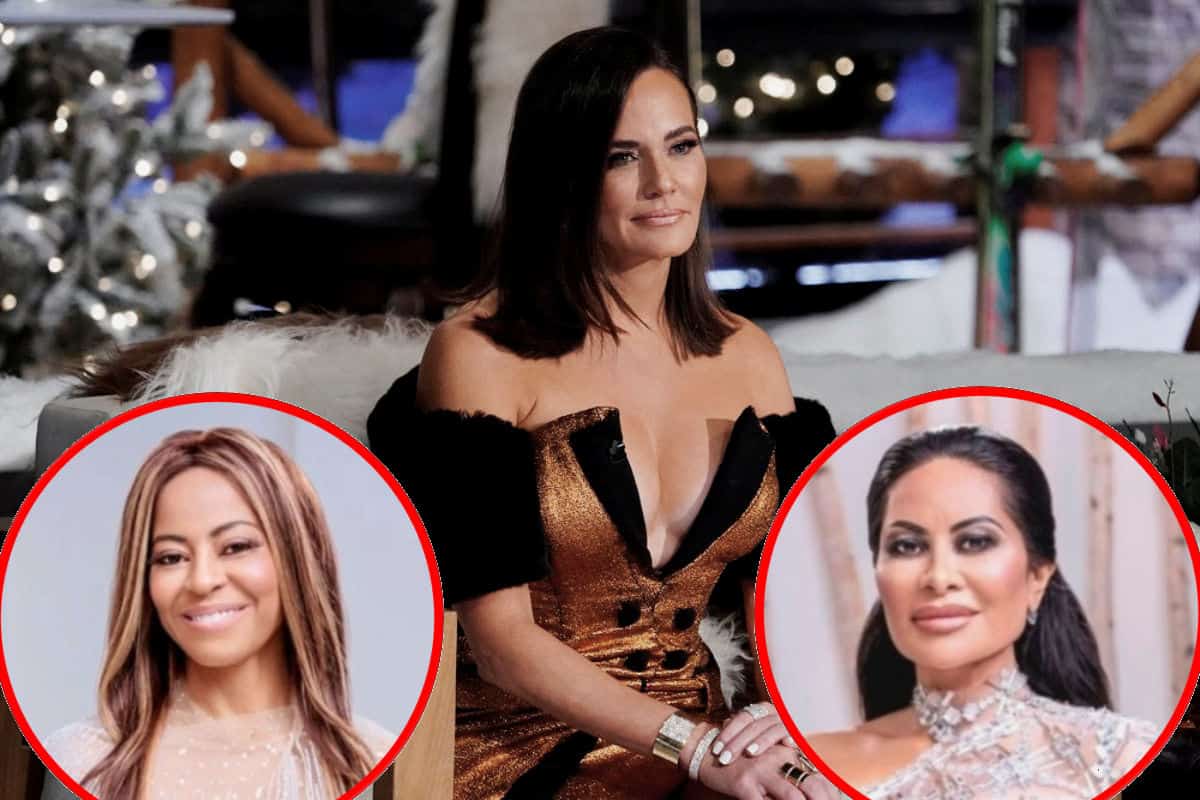 Meredith Marks opened up about her debut season of The Real Housewives of Salt Lake City during a recent appearance on David Yontef‘s podcast.

In addition to explaining the reservations she had before joining the show, Meredith detailed a Ladies of London cast member’s impact on her decision, and she revealed what surprised her the most about her time with Bravo.

“You have to have reservations. You’re putting yourself out there in the public eye and it takes a moment,” Meredith said on the February 18 episode of Behind the Velvet Rope podcast. “You have to think about it. Think if it’s the right thing for you, for your family, for your business… it impacts every aspect of your life.”

Instead of jumping right out in front of the cameras, Meredith reflected on a conversation she once had with Caroline Stanbury.

“She told me a lot about her experience with Ladies of London. And honestly, that did come into play quite a bit in me deciding to do this,” she explained.

Although Meredith ultimately decided appearing on RHOSLC would be a good thing for her, her first season was “definitely not” what she expected.

“It was a much larger amount of time that you’re being followed by cameras than I would have ever anticipated. And it does take a moment or two to really sort of warm-up and get used to it and feel comfortable being yourself,” she noted.

As for what surprised her the most, Meredith said it was the behavior of the “unpredictable” Jen Shah.

“I would say I was probably the most surprised by Jen’s outbursts. I did not know that she was quite as hot-tempered,” Meredith explained, confirming that she and her castmates “100 percent” saw Jen’s lady parts during a cast party that aired weeks ago because she “was not wearing underwear.”

Continuing on about the night in question, Meredith said that it wasn’t just Jen’s exposed privates that made her and other members of the cast uncomfortable.

“If it was just the vagina, I don’t think anyone would have really cared,” Meredith stated. “It was the cumulative nature of the entire evening. And she’s not at my house every week. That was probably the third, maybe fourth time she’d ever been in my home.”

Amid her season one differences with Jen, Meredith enjoyed building her friendship with Mary Cosby, who she described as “inspirational” before addressing a controversial video that surfaced of Mary weeks ago in which she seemingly complained about the poor people of her church.

“I did ask Mary about that when I heard it. And she explained to me that it was part of a lesson in the church. That it was taken out of context, basically,” Meredith revealed. “I did go to her church. And I did see how she engaged with her congregation. And honestly, it was beautiful. She loves them, they love her. And the whole thing felt very, very positive.”

Also during her chat with David, Meredith spoke of the RHOSLC reunion, admitting that it was “easier” than she expected.

“Don’t misunderstand me. It was very intense, but I think I sort of had this perspective that like, it was going to be total insanity,” she shared.

Part three of the three-part Real Housewives of Salt Lake City season one reunion airs next Wednesday, February 24, at 10/9c on Bravo.