Home Real Housewives of Atlanta News Porsha Williams Reveals Which RHOA Husband Flirts With Her Most and Best Kisser of the Show as Drew Sidora Shares Which Cast Mates Acts Differently When Cameras Are Rolling, Plus Live Viewing Thread 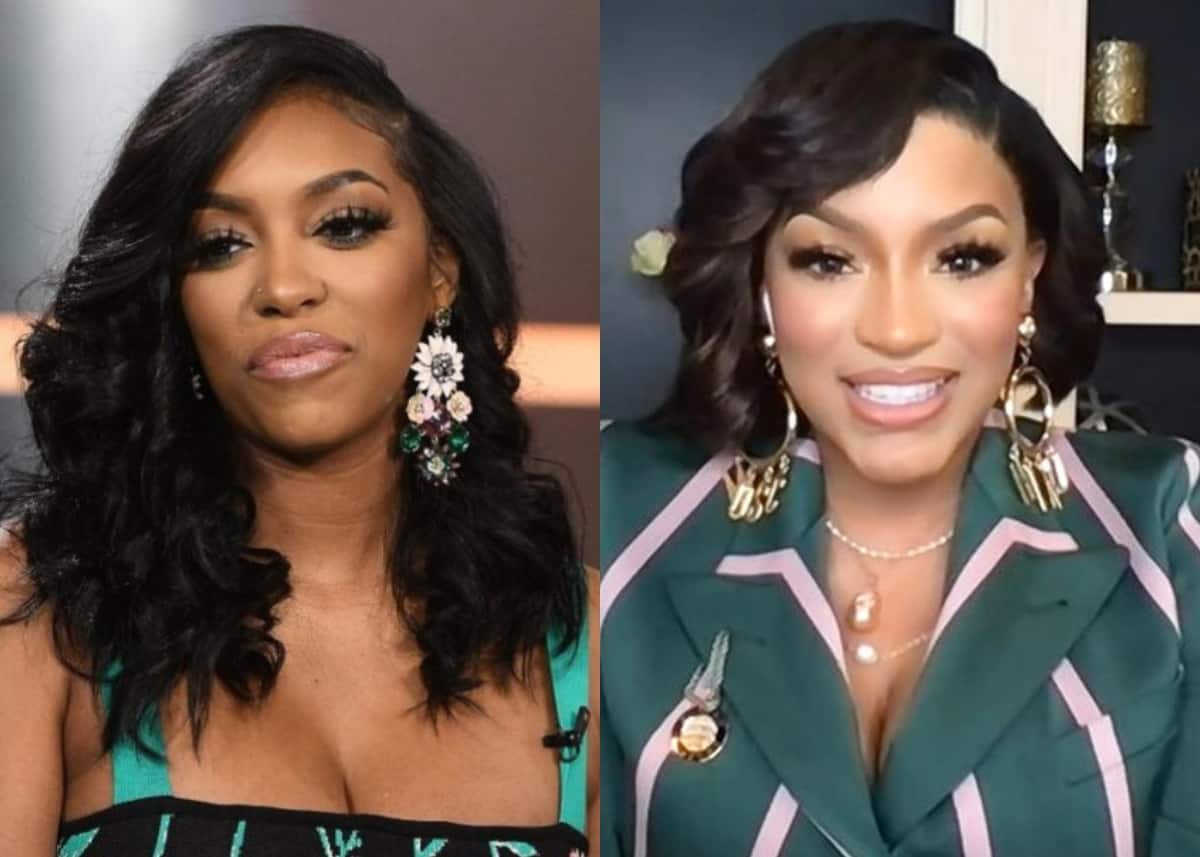 Porsha Williams shared some racy information about her Real Housewives of Atlanta castmates during a recent episode of Bravo’s Chat Room.

While playing a game of “The Hot Seat” with her co-stars, including Summer House‘s Hannah Berner and The Real Housewives of Potomac‘s Gizelle Bryant, Porsha named the most flirty husband and the best kisser of the show before her castmate, Drew Sidora, revealed which lady of the show acts up when cameras are rolling.

“Oh well I don’t even look him in the eye, honey. So… I don’t even know what their chest feel like because I give [their] a** a church hug,” Porsha explained after being asked which househusband flirts with her the most.

“Probably Peter,” she then admitted, giving a nod to Cynthia Bailey‘s former husband, Peter Thomas. “He just has like a flirty way about himself and that’s the ex-husband so nobody should be mad about that. ”

After Gizelle agreed that it was “totally fine” to name Peter now that his marriage to Cynthia is long over, Porsha made it clear that she was not interested in Peter romantically.

As for the best kisser, Porsha said that honor belonged to Kandi Burruss.

“I would have to say Kandi,” she noted.

Meanwhile, on a recent episode of Watch What Happens Live, Drew said that when it comes to the person on the RHOA cast who acts most differently when cameras are rolling, she would have to select Kenya Moore.

“I felt like, at times, Kenya put on for the camera,” Drew shared. “There were moments where I was like, ‘We’re connecting and we’re getting along.’ And then out of nowhere, the cameras are up, and she’s going off on me. It felt unnatural at times.”

Real Housewives of Atlanta Live Viewing – This is also the live viewing thread for tonight’s new season 13 episode, which airs on Bravo at 8/7c. As the episode airs, please feel free to share your thoughts in our chat below.