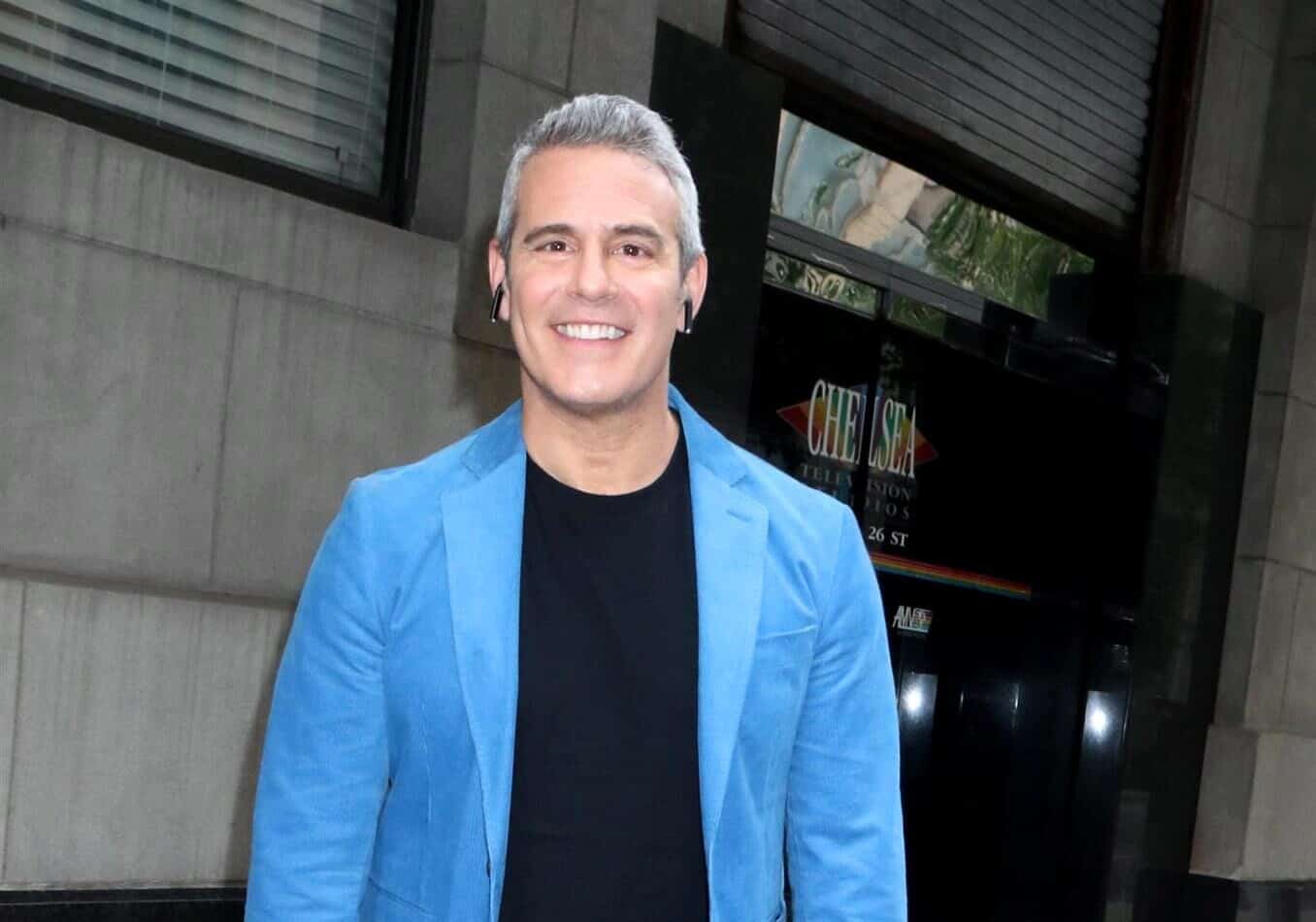 A bravolebrity is admitting to kissing Watch What Happens Live host, Andy Cohen!

Flipping Out star Jeff Lewis is never one to keep a secret or hold back his feelings, which is evident following a recent dinner party he attended with former Real Housewives of Beverly Hills star Lisa Vanderpump.

In a recently released video trailer for Lisa’s new show, the RHOBH alum hosted Jeff for “a little more private” dinner party for her upcoming show, Overserved, and he definitely spilled some of the tea Lisa was serving.

“I kissed Andy Cohen,” Jeff can be heard telling Lisa in the show’s trailer.

Speaking of Andy – who has yet to comment on the alleged kiss – Jeff also appeared on WWHL in February and freely offered some of the housewives a bit of home interior advice.

Andy first brought up Shannon Beador and the giant self-portrait the Real Housewives of Orange County star has proudly displayed in her gym, but Jeff admits it was actually his idea and he’s fine with it.

Then, Andy wanted the radio host’s opinion on Lisa Barlow‘s rather bare home – which was featured on The Real Housewives of Salt Lake City – and asked if there is “anything they could do to pump it up a notch.”

“The house is very … clean, but a little borderline sterile,” Jeff alleged.

Of course, Andy had to ask the interior decorator about the thrones that Housewives’ stars seem to adore so much, which fans have likely noticed in Jennifer Aydin‘s home on The Real Housewives of New Jersey and in Mary Cosby‘s home.

“I think it’s unnecessary,” he quipped. “I mean, look, I could certainly have thrones all over my house. But look: I’m sitting in a regular chair.”

Since Andy mentioned Mary, his buddy Jeff couldn’t contain himself and began to share his thoughts on Mary.

“Yeah, I’m glad that you brought that up because I was gonna talk to you off-camera,” Jeff stated. “I’m noticing, you know, I watched the whole season. I noticed that [Mary Cosby] was very disconnected from the cast.”

He added, “When I was watching the show, I noticed her absence. And then when she is with the cast, she’s not connected to them at all. I’m suggesting a re-cast of Mary.”

However, Andy defended the Bravo newcomer and told Jeff to hold off on forming an opinion until after the reunion.

“Well, watch the reunion and then let me know if you still feel that way,” Andy teased. “Because… I don’t know. I don’t know.”

Now that the three-part RHOSLC reunion has aired, it’s unclear if Jeff has changed his opinion of Mary as he’s yet to comment.