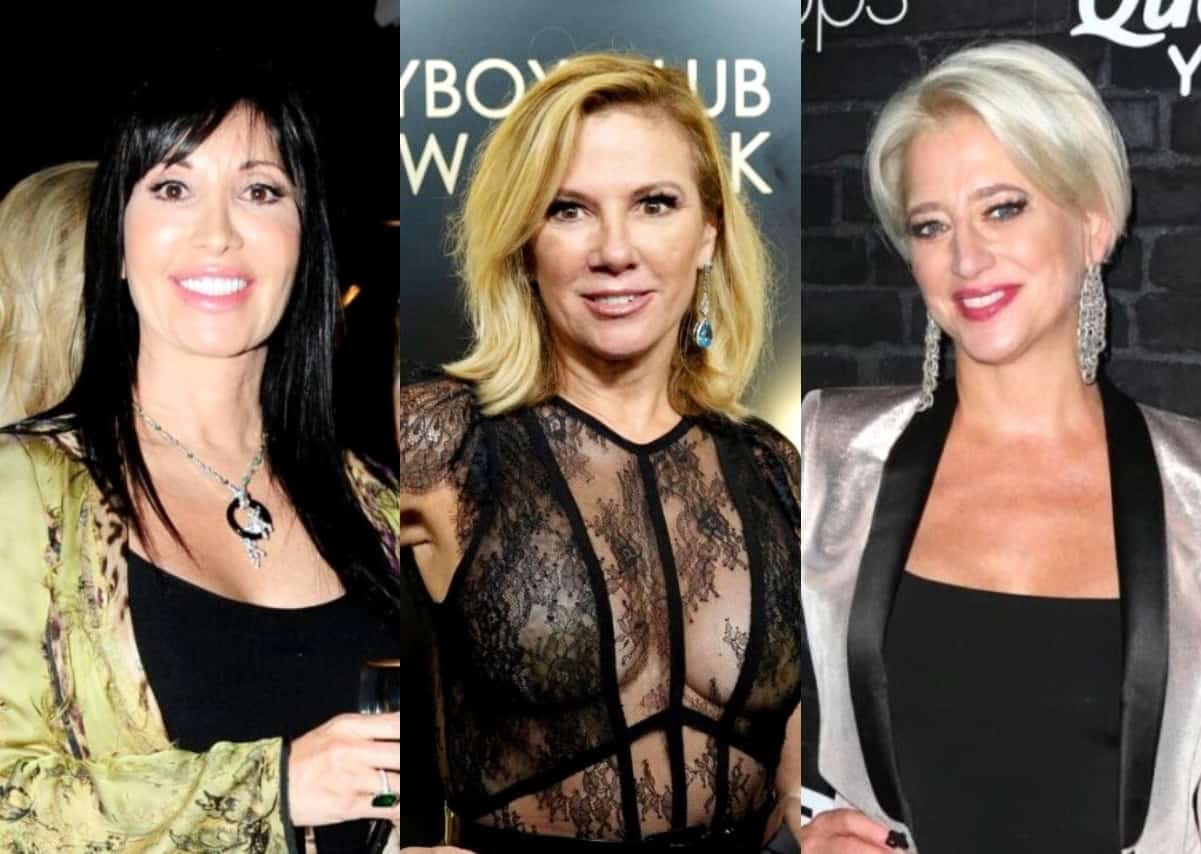 Elyse Slaine claims she knows why Dorinda Medley was fired from Real Housewives of New York City and is placing the blame on another Housewife.

Elyse was brought on the show as a friend of Ramona Singer‘s during season 12, but the two had a falling out toward the end of the season. Nevertheless, she spent a lot of time with the ladies and isn’t afraid to spill some of the behind-the-scenes dirt.

While discussing her time on the show during a recent Instagram Live interview, Elyse was asked why she thinks Dorinda got the ax and if she thinks it was a good move.

“I think Ramona had a lot to do with Dorinda being off the show,” the former bond trader said on The Domenick Nati Show. “Do I think it was the right move? I wouldn’t be surprised if they brought her back.”

Dorinda announced she was leaving the show in August after a rather tumultuous season, and she later revealed she didn’t have a choice in the matter. Bravo also confirmed that the feisty star was fired, but they referred to it as a “pause,” which even confused Dorinda.

“They called it a pause so everybody was confused by that. I was confused,” Dorinda told Us Weekly in February. “I was like ‘OK?’ Time will tell [if I’ll return]. We’re still not out of this phase, we have a long way to go [and] they haven’t had their season yet, you know? I don’t know. A year in the Housewives‘ world is like 10 years in anyone else’s. Things change very quickly.”

Though Elyse seems to think Ramona was behind the firing, Dorinda has never publicly blamed any of her former co-stars. In fact, she claims she doesn’t have any hard feelings about being let go.

“I was very quiet because I don’t have any bad feelings about it,” she shared. “I think everything has a time and a place. And I think that that was their decision. Things change and you have to accept change. And a lot of times, if you sit quietly and you wait, it ends up being the best thing for you.”

Ramona actually paid tribute to Dorinda on Instagram when she announced her departure and claimed her former co-star “would always have a special place in [her] heart.”

However, the two women have since had a falling out as Dorinda compared Ramona to Donald Trump in October.