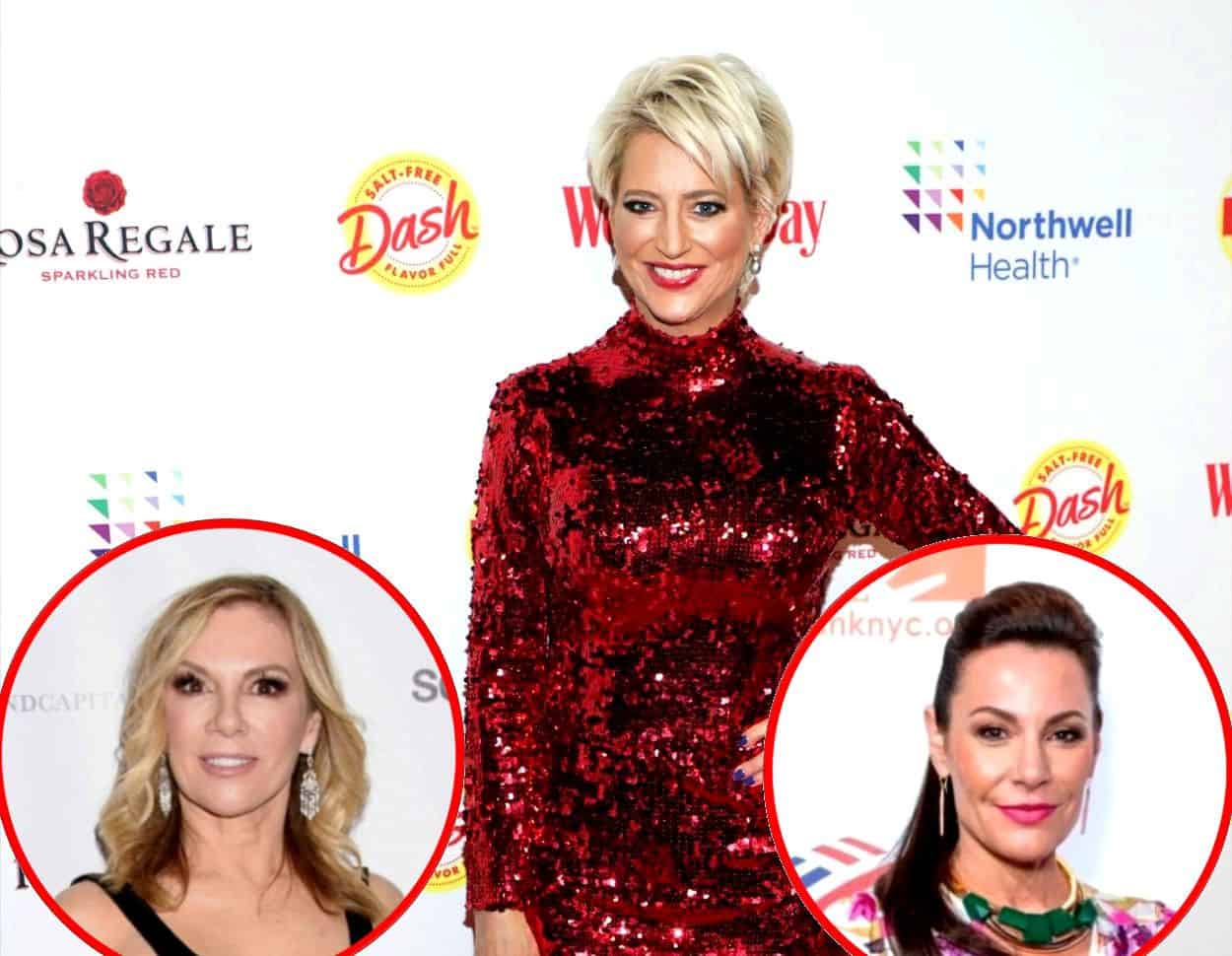 Dorinda Medley says she has found herself since leaving The Real Housewives of New York City, admits she was confused that her firing was labeled a “pause,” and discusses whether she’ll return to the show.

In a new interview, Dorinda reveals that she’s “happy” since leaving RHONY and says she feels like she’s finally found herself again after apparently getting caught up in the fame.

“Once in a while it’s important to stop, reset, think, regroup, because we get lost,” she shared with Us Weekly. “We get lost in whatever this is, Housewives, fame, the city, wants, desires, and it’s been really nice just to reset and find Dorinda again.”

When she was axed from the show, the network referred to it as a “pause” — which she admits confused her just as much as the fans — and she discusses whether she has plans to return to the show.

“They called it a pause so everybody was confused by that. I was confused, I was like ‘OK?'” she laughed. “Time will tell [if I’ll return]. We’re still not out of this phase, we have a long way to go [and] they haven’t had their season yet, you know? I don’t know. A year in the Housewives‘ world is like 10 years in anyone else’s. Things change very quickly.”

Dorinda’s last season on the show was rough, and she has been called out for much of her behavior during season 12, especially with the way she treated Tinsley Mortimer. She was asked if she feels gypped since she wasn’t given the opportunity to come back and redeem herself.

“I think they’ve allowed many of the other housewives the opportunity. I’m not being negative about it, but I think that is the glory of the Housewives is to rise and fall, to rise and fall, and people love to watch that process,” she explained. “I think the audience would have loved to have witnessed that, but they made that choice and that’s fine and in a weird way maybe it’s better that I just didn’t.”

Dorinda is obviously referring to Ramona Singer and Luann de Lesseps‘ travels as they’ve made headlines for partying all over the country — with Ramona also visiting the Caribbean. But after shading their antics, she claims she’s still on good terms with the majority of her former co-stars.

“I’m still very close to everybody. I feel positive about it,” she revealed. “You know, [Andy Cohen] checks in every once in a while and everyone checks in. I was really friends with these people. They were part of my life before the show. This wasn’t a show thing. This was a real thing.”

Although she doesn’t miss the “worry” or “fear” she experienced while on the show, she does admit that she misses being a housewife because she was “great” at it.

“Yes, of course. It’s the Housewives [and] I was a great housewife. I brought it,” she declared. “You could love me. You can hate it. I am an authentic person. Like you’ve met me in real life. I’m not really different in real life than I am on the show. So, I’ve really grown to respect myself for that. Like me, hate me. I’m doing Dorinda Medley. And I always make it nice.”