Home Real Housewives of New York City News Elyse Slaine Claims Ramona Singer ‘Faked Her Tears’ in This RHONY Scene, Dishes on What Ramona Won’t Talk About on the Show and Suggests She Exposed Her to COVID-19

Elyse Slaine Claims Ramona Singer ‘Faked Her Tears’ in This RHONY Scene, Dishes on What Ramona Won’t Talk About on the Show and Suggests She Exposed Her to COVID-19 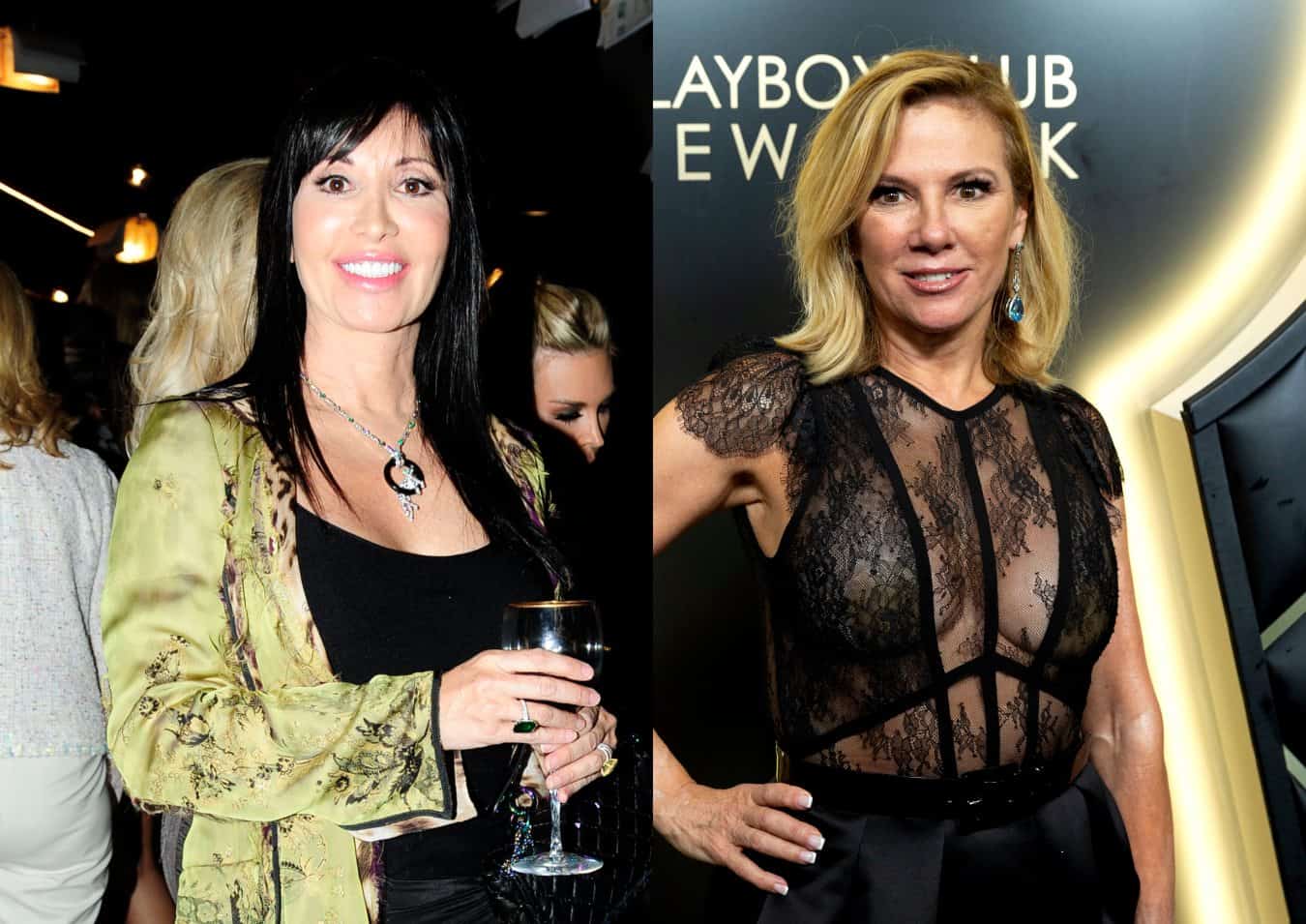 Elyse Slaine wants fans to know she did not beg Ramona Singer to bring her to the cast of The Real Housewives of New York City.

During a podcast appearance on Tuesday, Elyse responded to claims made by Ramona at the reunion before slamming Ramona’s phony antics on the show, sharing details about the moment she knew her friendship with Ramona was over for good, and suggesting Ramona exposed her to COVID-19.

“I never ever asked her to be on the show,” Elyse said on the September 29 episode of Behind the Velvet Rope With David Yontef.

While Ramona said at the RHONY reunion that Elyse wanted her to bring her to the show so she could have her back against the other ladies, Elyse denied any such thing and revealed it was actually Ramona who asked her to have her back.

“She really couldn’t stand any of them [and] didn’t trust any of them. She said, ‘If you come on, have my back.’ And I said, ‘Okay.’ What she didn’t explain to me is, ‘The rules are you have my back, but I won’t have yours,’” Elyse stated.

When Elyse first began filming scenes for season 12 last summer, she didn’t intend to join the show. In fact, she was only at her initial taping because she had plans with a couple of friends who were filming with Ramona.

“I was watching what the producers were watching and I said something kind of funny so they put a mic on me and sent me in,” Elyse revealed.

Moments later, Elyse witnessed what she described as a fake outburst from Ramona.

“She moved me closer to her and said, ‘I’m going to cry, come closer.’ She wasn’t really crying. She always fake cries. Even when you see her crying at the reunion to Dorinda or in Mexico, do you think any of that is real?” Elyse asked.

As for what led to the end of her friendship with Ramona, who she’s known for decades, Elyse recalled a “triggering” moment that took place between herself and Luann during the Halloween episode. As she explained, Luann mentioned an off-limit topic after she spoke to Ramona in private about it and said she didn’t want to share it on camera.

“Luann had come after me very aggressively [and] went to my no-go zone. And with that, I walked away. [Then], when we were outside… Ramona says, ‘What are you upset about?’ And I said, ‘What am I upset about? You know that I have something I will never discuss on the show.’ And Ramona says to me, ‘Well, you don’t have to talk about it, but we can,'” Elyse revealed. “At that point, she was no longer a friend to me.”

Elyse then revealed that Ramona has her own “no-go zone,” her sex life, which Elyse chose to respect.

Although Elyse said she truly doesn’t for sure know why Ramona turned on her during RHONY season 12, she suspected it had to do with a younger man they ran into while in production.

“She and I went out one night and we ran into this young guy that she knew as an acquaintance at Nobu, who was like 37 years old. We chatted with him and it was nothing,” Elyse shared. “Then I ran into him two more times. One of the times he said, ‘Hey, why don’t we all go out for drinks?’ So I called Ramona and she didn’t want to go. So I thought, ‘This would be fun to set him up with [Leah McSweeney]. They’re the same age. They have some similar interests.’ So I tried to set them up.”

While Elyse didn’t think anything of setting Leah up with the younger man at the time, she later learned Ramona had a thing with him before she did so.

“Ramona had a little flame,” she noted.

As for the possibility of a reconciliation with Ramona, Elyse said she and Ramona ran into one another at a funeral earlier this year, where Ramona seemed to be willing to make amends. However, weeks later, Elyse learned that Ramona, who had gotten suspiciously close to her during their encounter, had tested positive for coronavirus antibodies.

“She came over to me and she put her forehead against my forehead. We now know that she had COVID at the time,” Elyse said.

Also during the interview, Elyse revealed Ramona once attempted to con her into quitting RHONY by convincing her that the show would ruin her marriage if she didn’t leave.

“One night in the Berkshires, when we weren’t filming, she was crying to me saying how the show’s going to ruin my marriage. And it was one of her fake cries, you know, no tears,” Elyse stated. “It was a tactic to get me off the show. There’s no problem in my marriage.”

Elyse will not be returning for the 13th season of The Real Housewives of New York City.