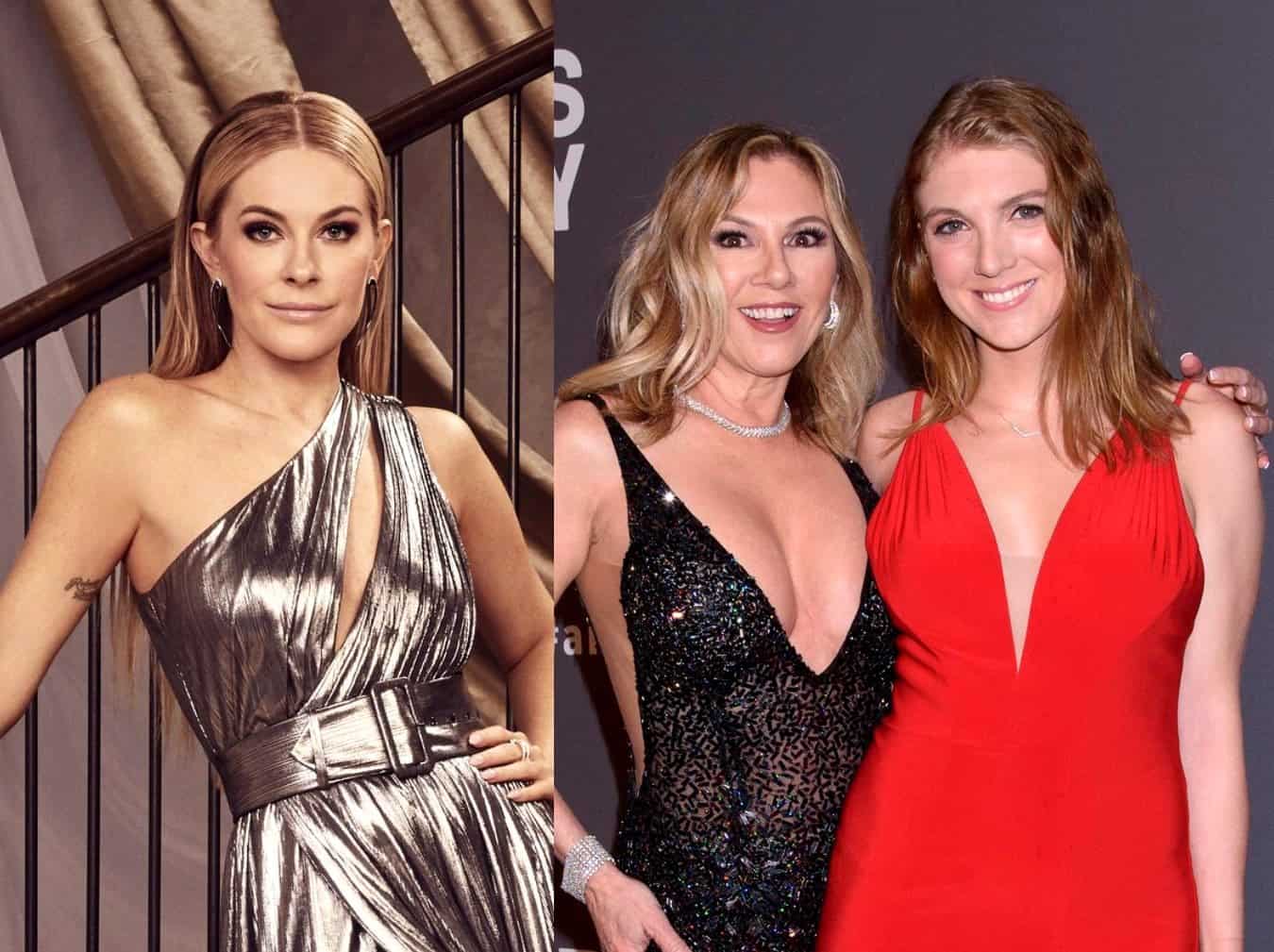 Ramona Singer claims she and her daughter, Avery Singer, tested positive for COVID-19 antibodies, but her Real Housewives of New York City castmates seem to have some major suspicions.

Before Leah McSweeney suggested Ramona and Avery might have lied about their health and Luann de Lesseps and Dorinda Medley seemingly admitted they too were questioning the ladies’ claims, the longtime Real Housewives of New York City star revealed she and Avery donated plasma after she fell ill in February.

“We both found out we have the antibodies, so we donated our plasma,” Ramona told PEOPLE on July 1.

According to Ramona, she began experiencing mild symptoms in February. However, because there wasn’t a lot of information available about the coronavirus at the time, and because she had been diagnosed with Lyme disease that same month, she was not tested for COVID-19.

“I had no energy,” she recalled. “I just wanted to stay in bed all day. I felt very tired, and I also had severe headaches.”

Meanwhile, after flying to Florida to quarantine with Mario Singer in March, Avery began feeling sick.

“She just thought maybe she had a cold or a sinus infection, because she wasn’t able to taste food and she lost her sense of smell,” Ramona explained. “We kept her quarantined in a separate part of the home because, not realizing I had already been sick, I was afraid my Lyme disease had weakened my immune system and I would be more vulnerable to catching an illness.”

Following their bouts with illness, Ramona and Avery were tested for antibodies with Mario. While their tests came back positive, his test results were negative.

After Ramona’s announcement regarding her and Avery’s antibodies tests, one fan shared a comment on Leah’s Instagram page in which she suggested that Ramona and Avery were out and about while potentially suffering from COVID-19.

“They were traveling and going out and about while infected,” the fan wrote.

“That or they [were] just lying,” Leah replied. 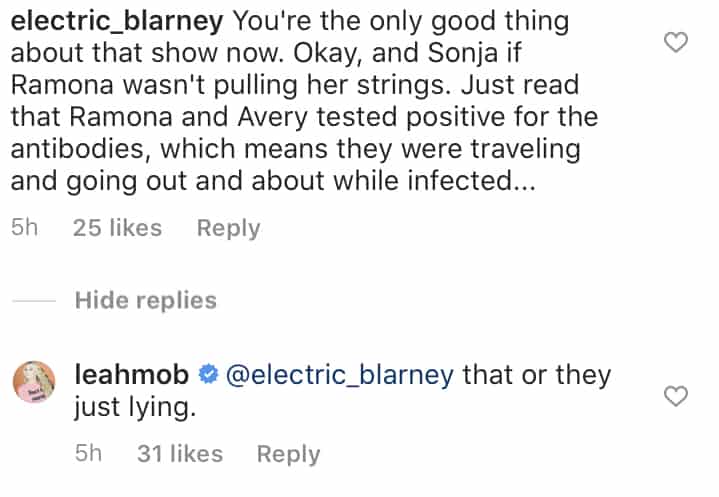 Following Leah’s public suspicions about Ramona and Avery’s health, Luann and Dorinda commented on a news article shared by Page Six in regard to Ramona’s antibodies test and Lyme disease diagnosis.

In their comments, both Luann and Dorinda added a series of dots as their fellow commenters begged them to share more. 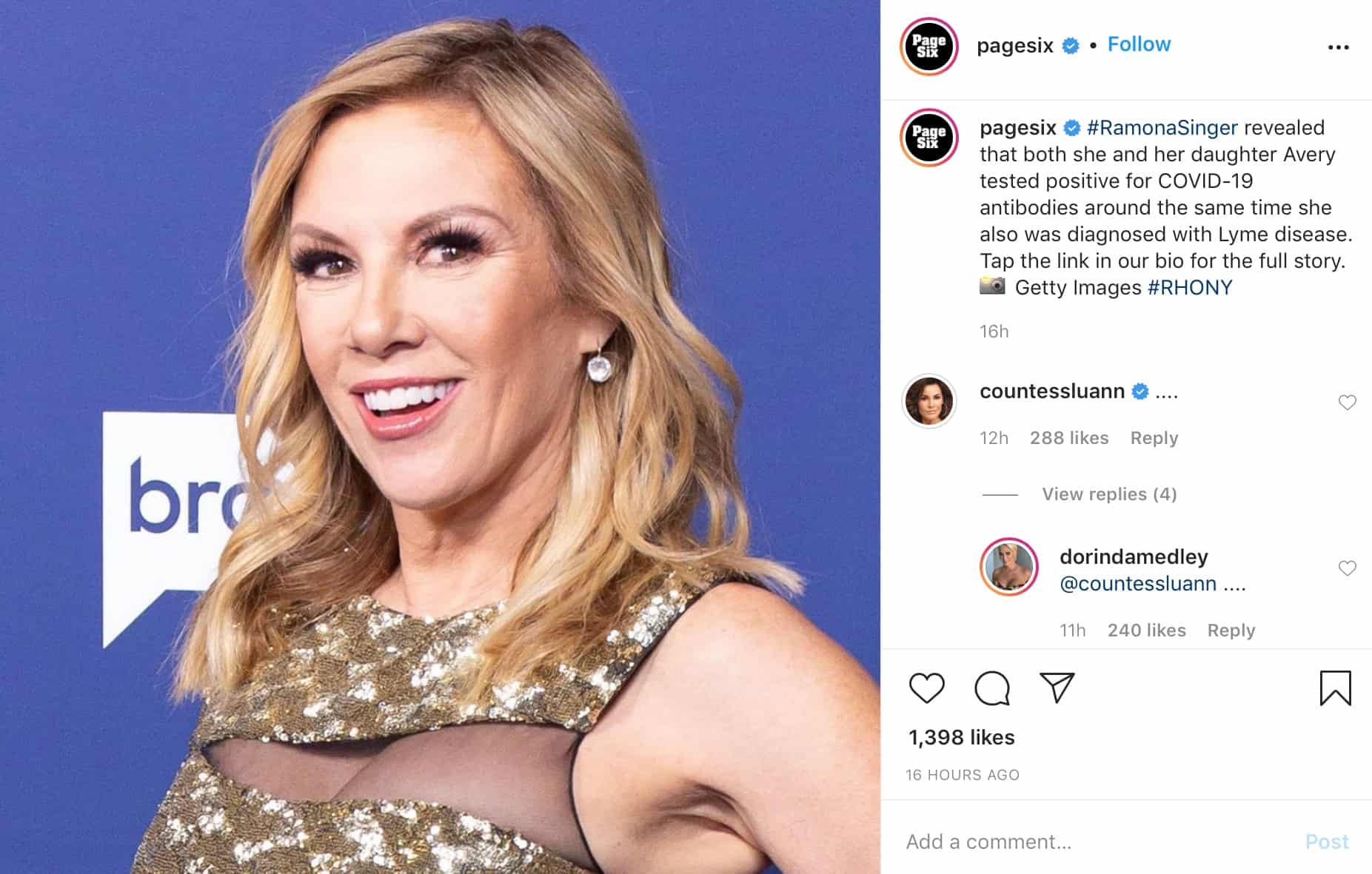 “What’s the tea?” one person asked in response to Luann and Dorinda’s posts.