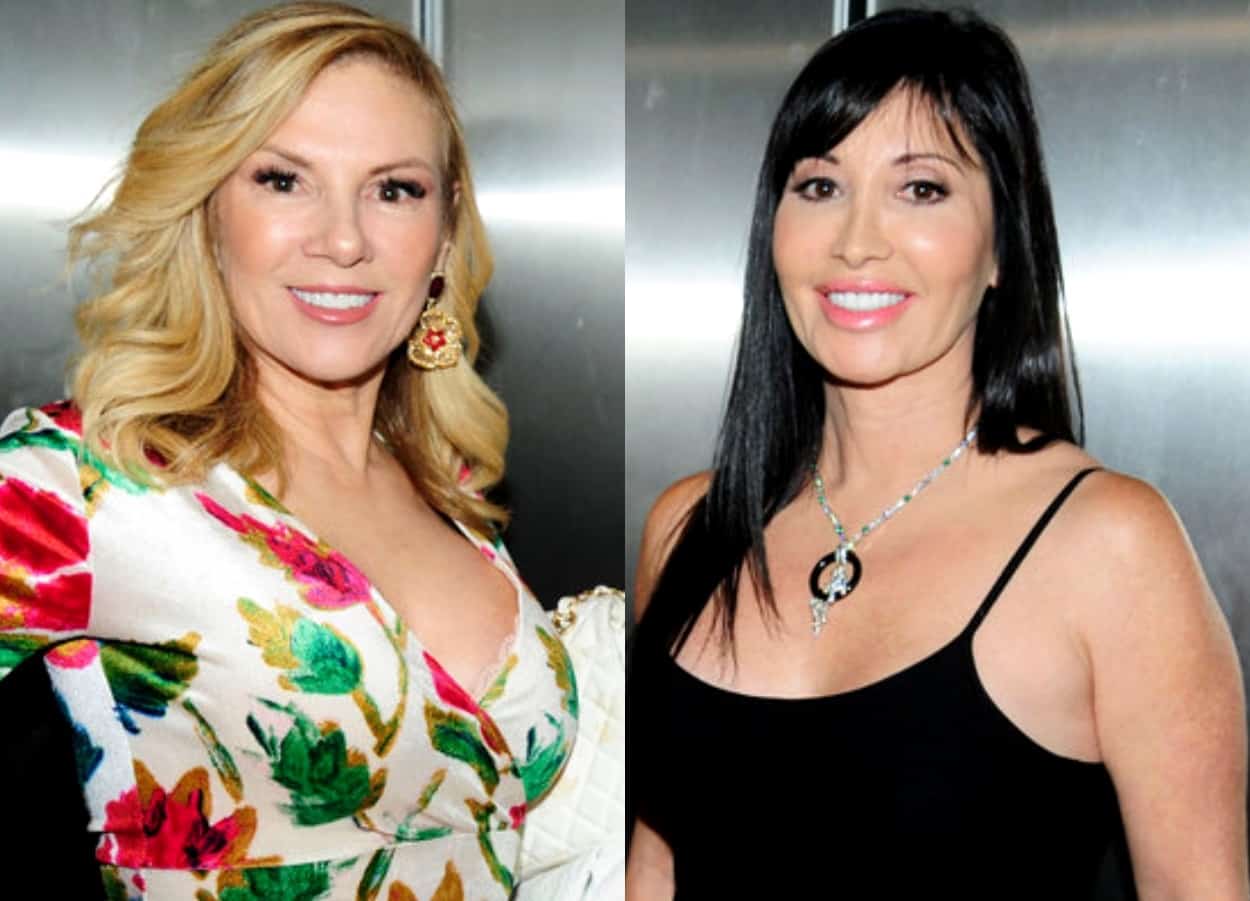 Ramona Singer is accusing her now-former friend Elyse Slaine of using her for fame.

In a series of recent posts shared in the comments of an August 9 Instagram post, The Real Housewives of New York City star took aim at her co-star, Elyse, for using her and teasing that the truth will soon come out. Ramona also explained how she has so much money even though she never seems to be working.

Although Elyse was likely brought up at the recently filmed season 12 reunion due to the drama that played out between her and Ramona during the episodes, she wasn’t present when the ladies united earlier this month. One fan in particular doesn’t want to see any trash-talking from Ramona.

“She betrayed me … all she wanted was fame at my expense not a friendship,” Ramona explained to the fan, who labeled Elyse a “queen.” 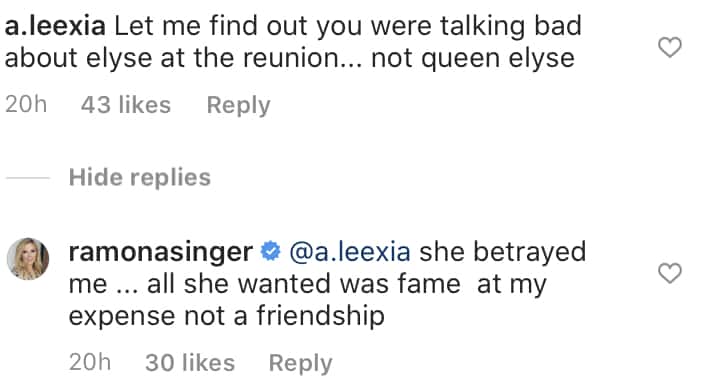 Ramona then teased that fans will soon learn more about their falling out.

“The truth will come out eventually it always does,” she said.

In a fourth message to a fan on Instagram, Ramona revealed how she has enough money to not work. 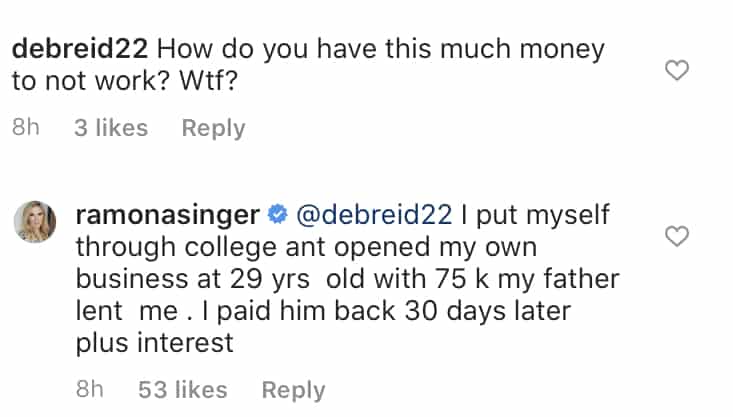 Ramona also denied gossiping about Leah‘s mental health after an Instagram user accused her of using it for a “sick storyline,” a comment that made Ramona clap back.

“I wasn’t gossiping the article is published she wrote it herself all I did was mention it,” Ramona shared. 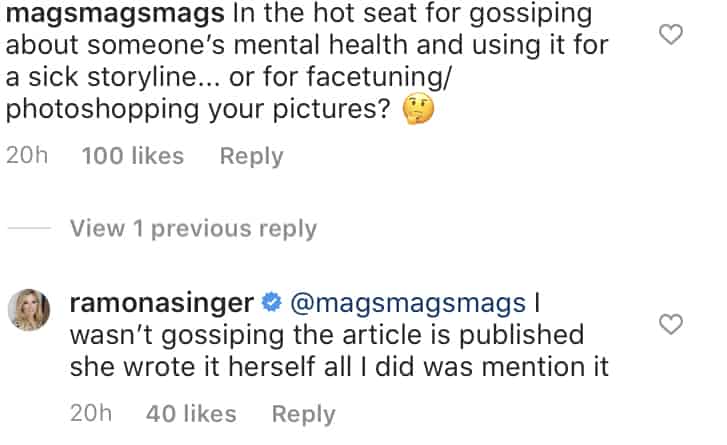 As fans may have seen, Ramona admitted to having regrets about her comments regarding Leah’s bipolar disorder while appearing on Watch What Happens Live after the RHONY episode aired. At the time, Ramona applauded her castmate for speaking about the topic publicly.