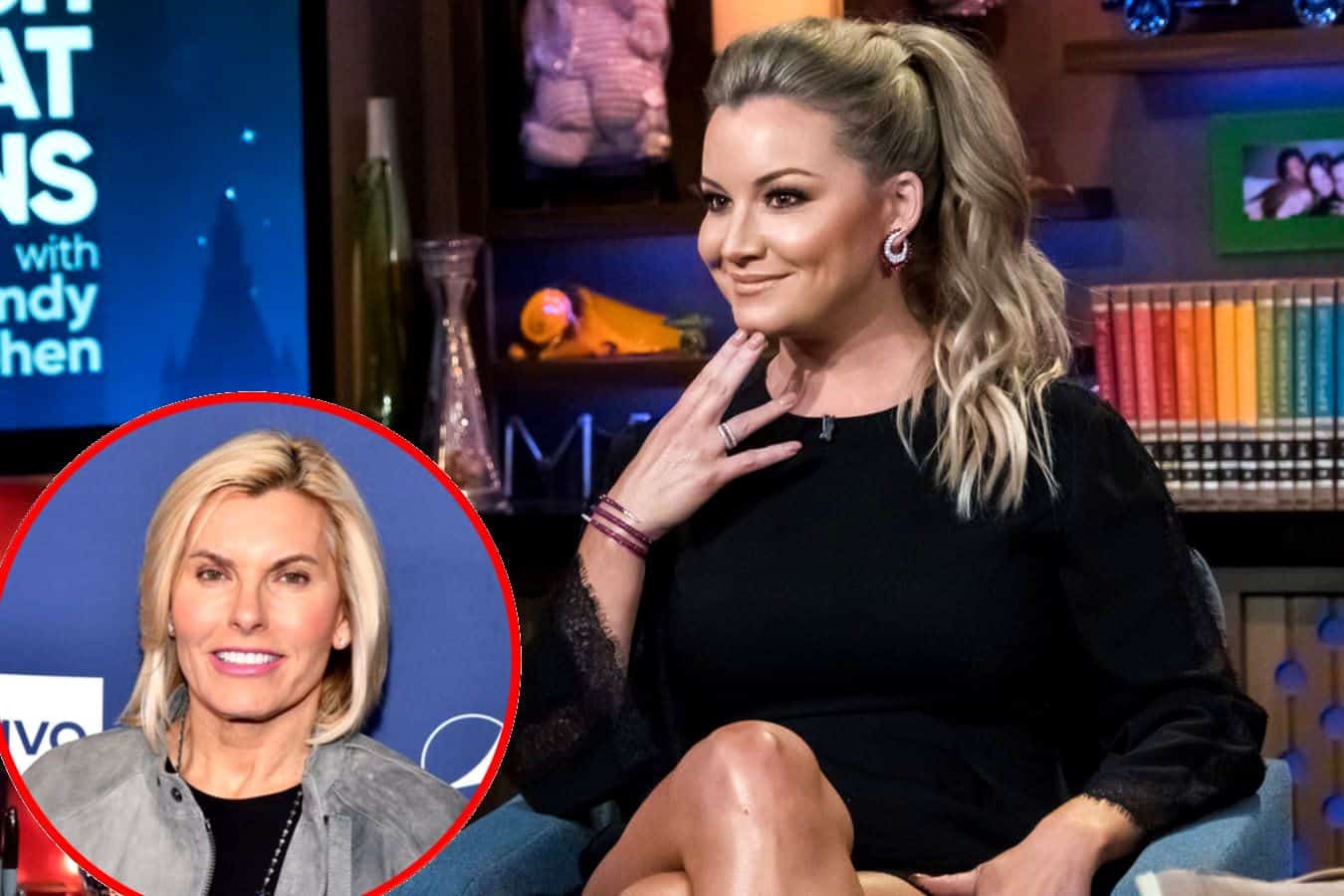 Hannah and Sandy are seemingly still feuding almost one year after Sandy fired the chief stew in front of millions of viewers on Below Deck Mediterranean. Of course, Hannah was let go after drugs (valium and CBD) were found in her cabin, but Hannah recently claimed Sandy was simply looking for a reason to fire her because she wanted her off the show “from day one.” Furthermore, Hannah said the captain was unusually competitive with her, which made things extremely awkward on set.

Sandy was asked to comment on Hannah’s claims, and she felt the need to hit below the belt. Not only did she brag about firing the former chief stew, but she also went on to insult her previous line of work.

“There’s no competition with Hannah. I’m a captain and she waits tables,” Sandy snarked to Showbiz Cheat Sheet. “There’s no equal there professionally. I think that’s the part that I think really disturbs her, is her ego. It’s sad. I feel for her, this girl’s still hanging onto that sh*t I haven’t thought about until you asked me about it.”

It didn’t take long for Sandy’s comment to spark outrage as fans of the show, along with those who have worked in the industry, began to call her out.

Adrienne Gang, who was chief stew on season one of Below Deck, made it clear she’s not a fan of the captain’s, but she explained it wasn’t the insult she was surprised by.

“At this point I’m not shocked by Sandy saying dumb sh*t that insults her subordinates,” she tweeted on April 6. “What does surprise me is [Bravo] giving her praise as an empowered woman after she says asinine sh*t like this and all-out tears other women down.”

Hannah completely agreed and further slammed Captain Sandy for her treatment of women and the yachting community as a whole.

“Imagine being a captain and then insulting and bringing down half of the yachting community (mostly the woman) while continuing to pretend you empower woman,” she wrote. “At least she FINALLY [vocalized] how she feels about people who work on the interior…” 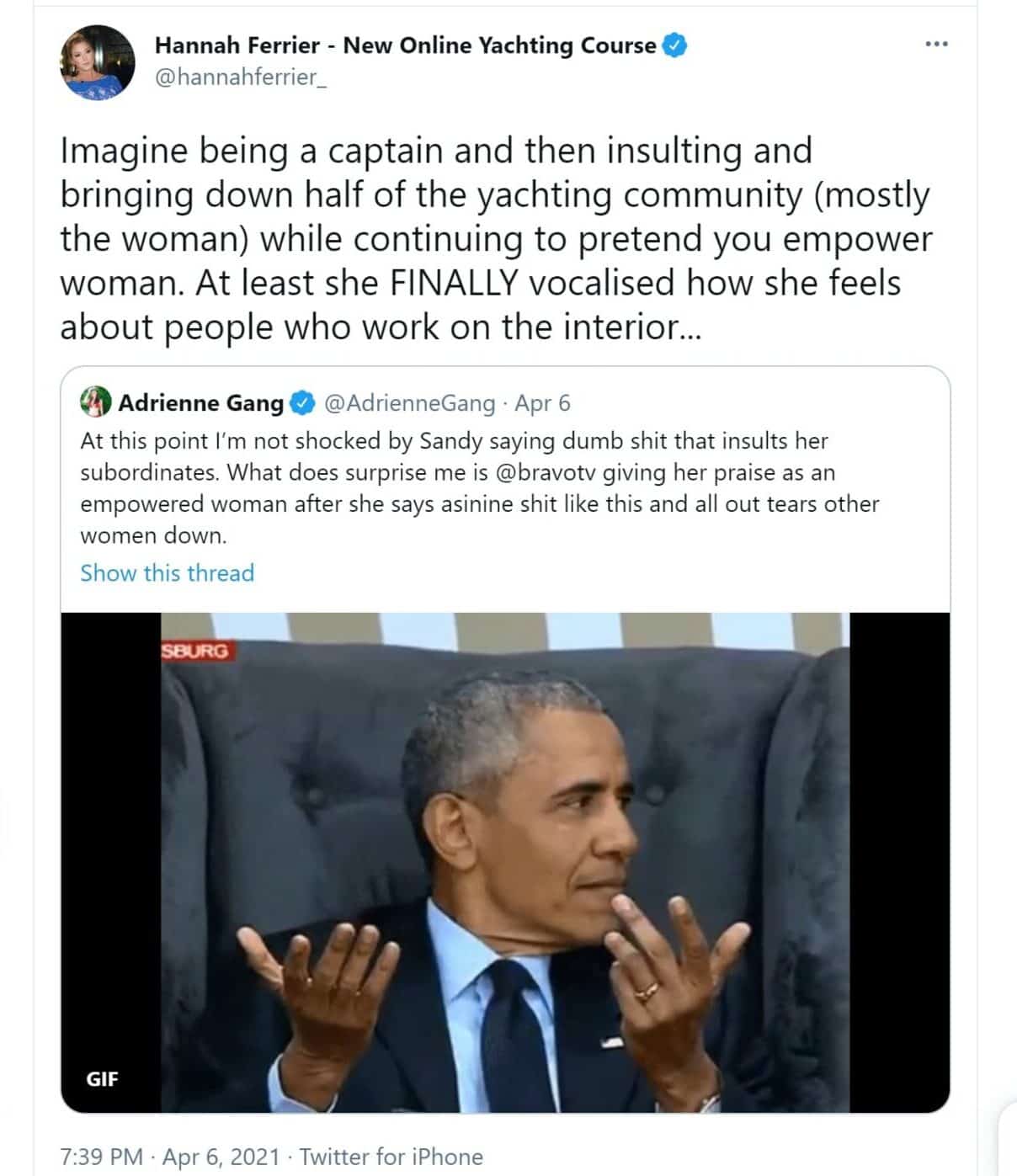 Then, Hannah shared a fan account’s reaction to Sandy’s diss on her Instagram Stories, which included a screenshot of a Reality Blurb article.

“Captain Sandy can f*ck right off,” the post was captioned. “Hasn’t thought of Hannah at all, but is making a training video about her. I cannot stand this woman.” 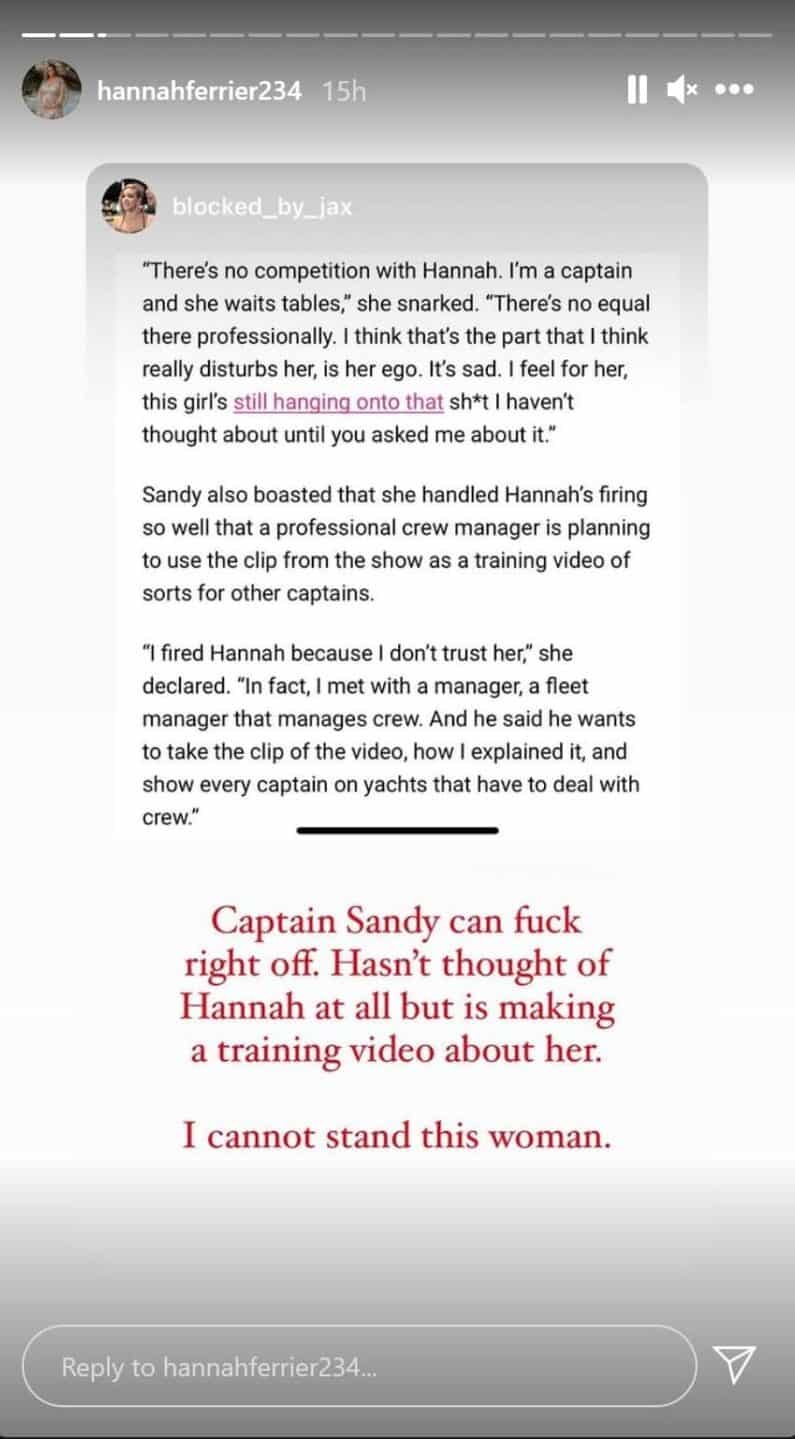 For the time being, Sandy has yet to respond to Hannah’s comments on social media or issue an apology for insulting her subordinates.