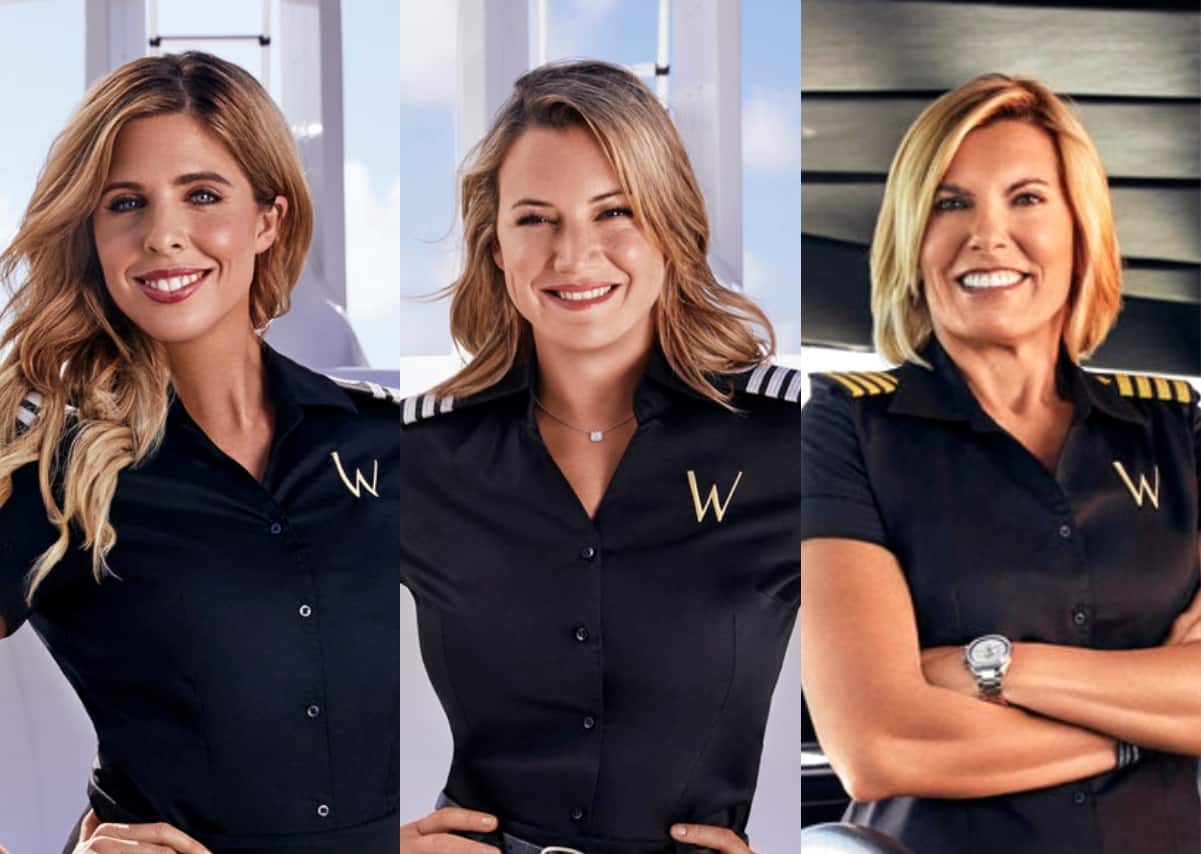 While promoting her new book, The Art of Tablescaping, the Below Deck Mediterranean alum was asked to weigh in on Hannah and Sandy’s latest feud. If fans recall, Hannah recently claimed that Sandy constantly tried to compete with her on the boat, and Sandy fired back by implying that the former chief stew was simply a ‘waitress.’ Then, once Hannah got wind of the captain’s comment, she blasted Sandy for “insulting the yachting community.”

Bugsy explained that it’s normal in the yachting industry for people not to get along. Furthermore, she believes Hannah and Sandy are just very “different” people in general.

“This is the industry that we’re in. You sometimes butt heads with the captain [and] sometimes you don’t,” she said on The Domenick Nati Show via Instagram Live. “Sometimes you get on fantastically. And I think Sandy and Hannah are just two completely different people. They don’t see eye to eye and they both like to be in charge of everything. So I think that they kind of cross the lanes sometimes when working together instead of just sticking to their own lanes.”

Though Bugsy admitted that Hannah was never disrespectful to the captain, she’s still “Team Sandy.” However, she did call out Sandy’s annoying micromanaging habit.

“[Sandy] does micromanage a little bit too much,” she shared. “I think some things I would kind of step away from [and] just maybe stick to the bridge a little bit more.”

She added, “But I think it’s just her passion for the job and she likes to make sure that the standard is high all the time on a yacht because people are paying a lot of money to be on these yachts.”

As for Bugsy’s dating life, she admitted that she is seeing someone she met while working on a boat. Unfortunately, it’s not Alex Radcliffe, who fans had hoped would ultimately win Bugsy’s heart.

“I am seeing someone and I actually met him on a boat,” she revealed. “It’s not Alex for everyone who wonders from the show. Alex and I are still great friends, but I’m seeing somebody [and] it’s kind of new, so I don’t have too many details on it. But, yeah, we’ll see how it goes.”

Though she and Alex aren’t currently in a relationship, she didn’t exactly rule out a future romance with the deckhand when pushed.

“I mean, Alex and I have got that type of relationship,” she gushed. “You know, I’ve said it before, we both work on different boats, so we’re never in the same area for long periods of time. So, it kind of makes our relationship a little bit hard to kind of have anything romantic. But, if we were on the same boat or in the same area, you never know what could’ve or could happen in the future. He’s such a great guy and I just have the most fun with him, so it’s fantastic.”

Bugsy was then randomly asked to name her “least favorite” Housewife and she quickly chose Real Housewives of Beverly Hills star Erika Jayne.

“I don’t know, there’s just something I can’t really relate to,” she explained. “All of the other Housewives have got a little bit of something that I can relate to in them. But with Erika Jayne, I don’t know, she’s fun to watch, but probably my least favorite.”

When asked if she doesn’t like Erika due to her “snobby” behavior, the chief stew claimed all the women in the franchise are “snobby.”

“They’re all a bit snobby, right? But [Erika’s] definitely a little bit more overboard than the rest of them,” she declared.