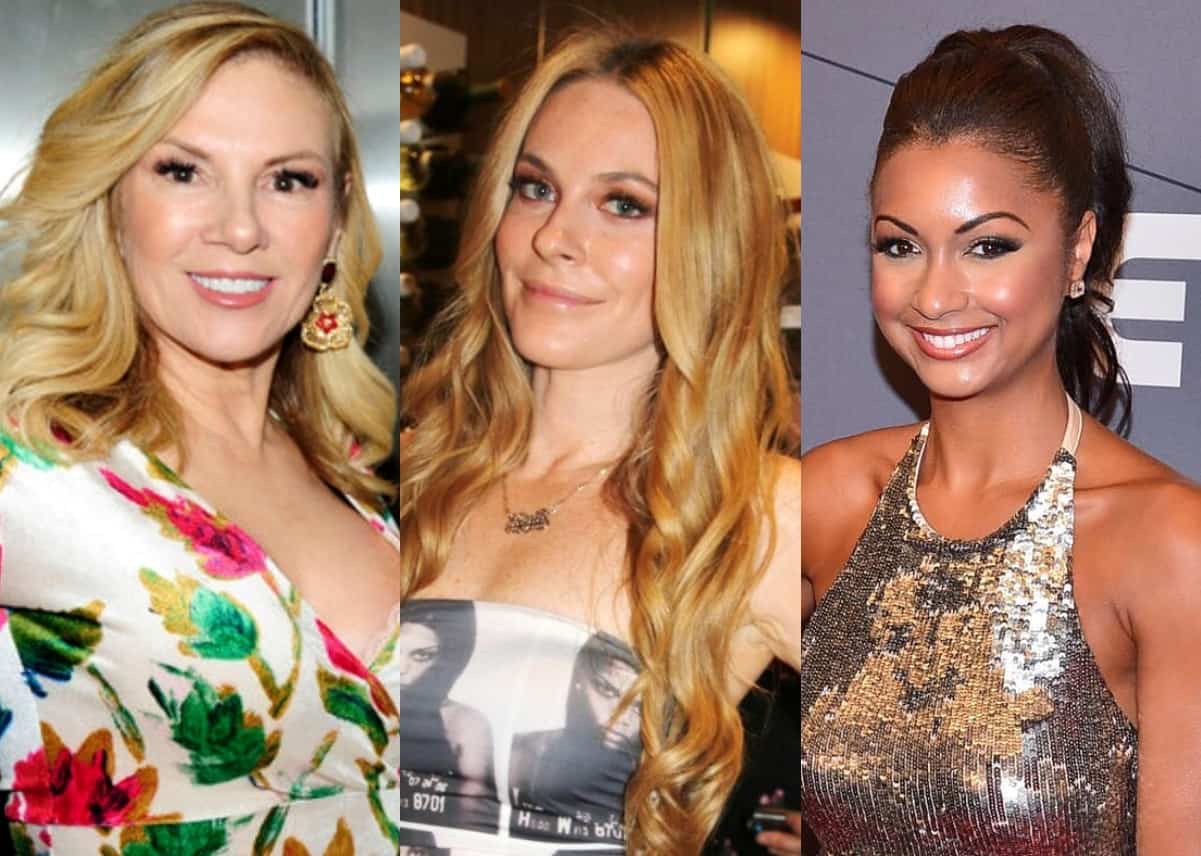 Ramona Singer says she’s “amazed” by the bond she’s created with Eboni K. Williams as she denies any bad blood with the newcomer and explains how she and Eboni are similar.

As fans have likely seen in the Real Housewives of New York City season 13 trailer, Eboni seemingly confronts Ramona over the way she speaks about her staff.

“I get my help wrong,” Ramona says in the trailer. Then, a shocked Eboni asks under her breath, “Did she say she gets her help wrong,” before she’s seen telling the OG that the offensive comment is “triggering” for her.

Furthermore, while the attorney was discussing conversations she’s had with her co-stars in a recent interview, she hinted that there might be some tension between her and Ramona.

“It’s really never me saying, ‘Oh, let me have this conversation with Ramona so I can get her to understand Black Lives Matter,’” Eboni told Vulture. “That is not my f*cking job. Bravo didn’t pay me for that.”

However, when Ramona was asked about her relationship with the newbie, along with the “help” comment in the trailer, she attempted to explain herself before stating there’s no bad blood between her and Eboni.

Ramona went on to say that she really enjoys Eboni’s company — though she admits there were some hiccups — and she believes the Revolt Black News host was a great addition to the RHONY cast.

“She basically fit seamlessly from the get-go, not to say she didn’t have conflict with some of us or all of us,” she explained. “I love the fact that she makes a mean French martini. That’s one of my new favorite drinks.”

Ramona added, “I really bonded with her right away. We were both amazed. She’s amazed, I’m amazed, just how we kind of get each other and were in sync in so many ways. She’s an independent woman who’s self-made, she put herself through college. So we have a lot of similarities that way and in other ways, but you’ll see on the show.”

As for Ramona’s relationship with Leah McSweeney, it seems fans can expect some “intense conflict” between the two.

“You’ll see there’s some conflict at times—some intense conflict—but basically she respects me, I respect her,” Ramona claimed. “We have some difference of opinion sometimes but I think we both understand where the other person is coming from.”