Home Real Housewives of New Jersey News Dolores Catania Shares Which RHONJ Husband is “Biggest Gossip” as Jennifer Aydin Reveals the “Most Whipped” Guy, Plus Joe Gorga is Labeled Most “Chauvinistic” of the Group

Dolores Catania Shares Which RHONJ Husband is “Biggest Gossip” as Jennifer Aydin Reveals the “Most Whipped” Guy, Plus Joe Gorga is Labeled Most “Chauvinistic” of the Group 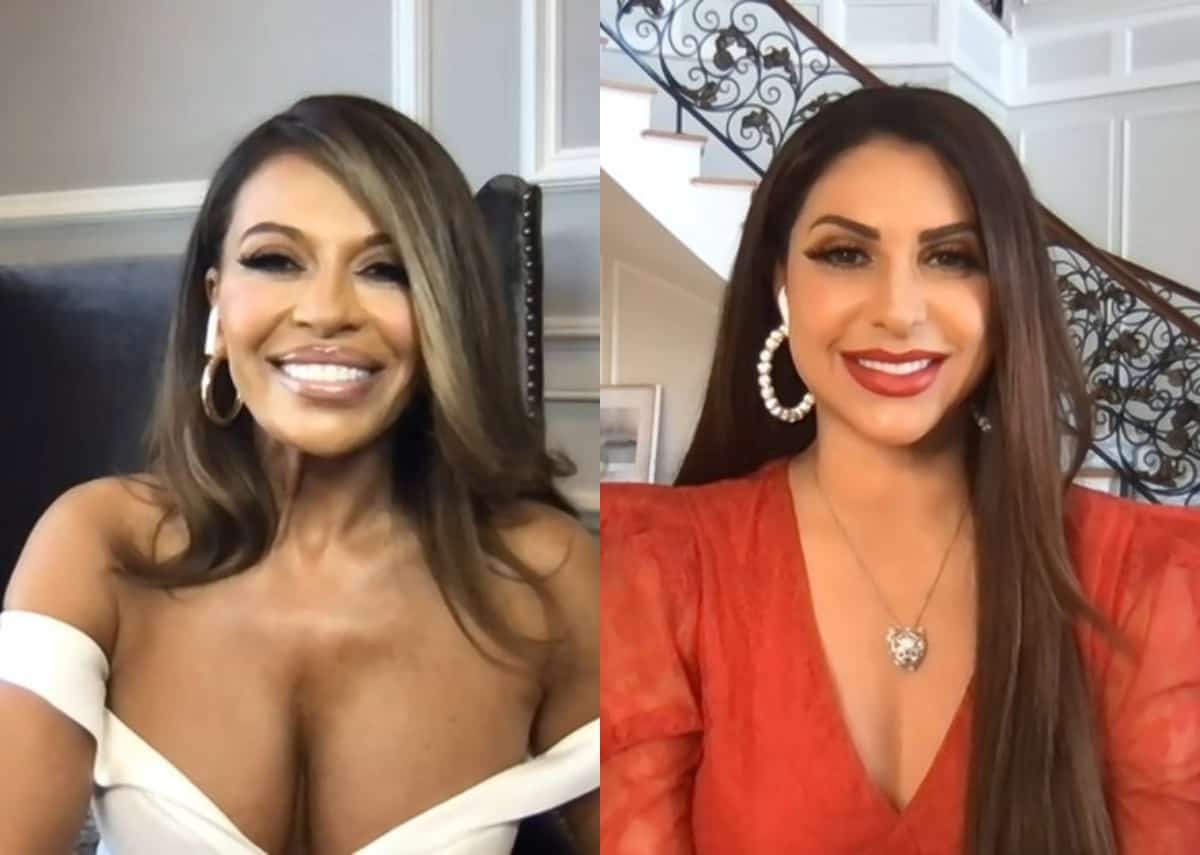 Dolores Catania and Jennifer Aydin appeared on Wednesday’s episode of Watch What Happens Live. During the show, they played a game of “Let’s Talk About the Husbands” where they were asked a series of questions and required to pick one of the men of The Real Housewives of New Jersey.

In addition to Dolores naming her ex-husband, Frank Catania, as the “househusband” with the best body, she labeled Joe Gorga as the “most whipped.” Her co-star, Jennifer, also gave a number of nods to her husband, Bill Aydin, including “biggest gossip” and “most fashionable.”

“Who has the best body, ladies?” asked host Andy Cohen.

Bill was also mentioned as the winner of the “biggest gossip” by Dolores. He was also named as the “most fashionable” and as the RHONJ husband who spoils his wife the most.

Although Jennifer also wanted to name her husband as the male cast member with the “best sense of humor,” she said she didn’t want to repeat herself.

“So I’ll say Joe Gorga because I find his inappropriate jokes so entertaining,” she shared as Dolores said she couldn’t decide because the men are “all funny.”

As for the “most whipped,” Jennifer said it was Margaret Josephs‘ husband, Joe Benigno, pointing out that his style is an indicator of just how whipped he is.

“All day every day. If you’re willing to wear those shirts on behalf of your wife, that is true p-ssy whipped. [The shirts are] amazing. It’s just so obvious that his wife dressed him,” she stated.

“I would say Joe Gorga,” she admitted.

Joe was also named as the “worst influence,” the male with the most “big d-ck energy,” and the “most chauvinistic.”

“It looks like Joe Gorga these days. He has old school ways and doesn’t verbalize it right,” Dolores noted.

“Joe Gorga,” Jennifer agreed, “but I don’t mean that as a negative or an insult. It’s where he comes from.”