by Emily Campbell May 10, 2021 87 comments
ShareTweetWhatsappPinterestRedditTumblrMailFlipboard 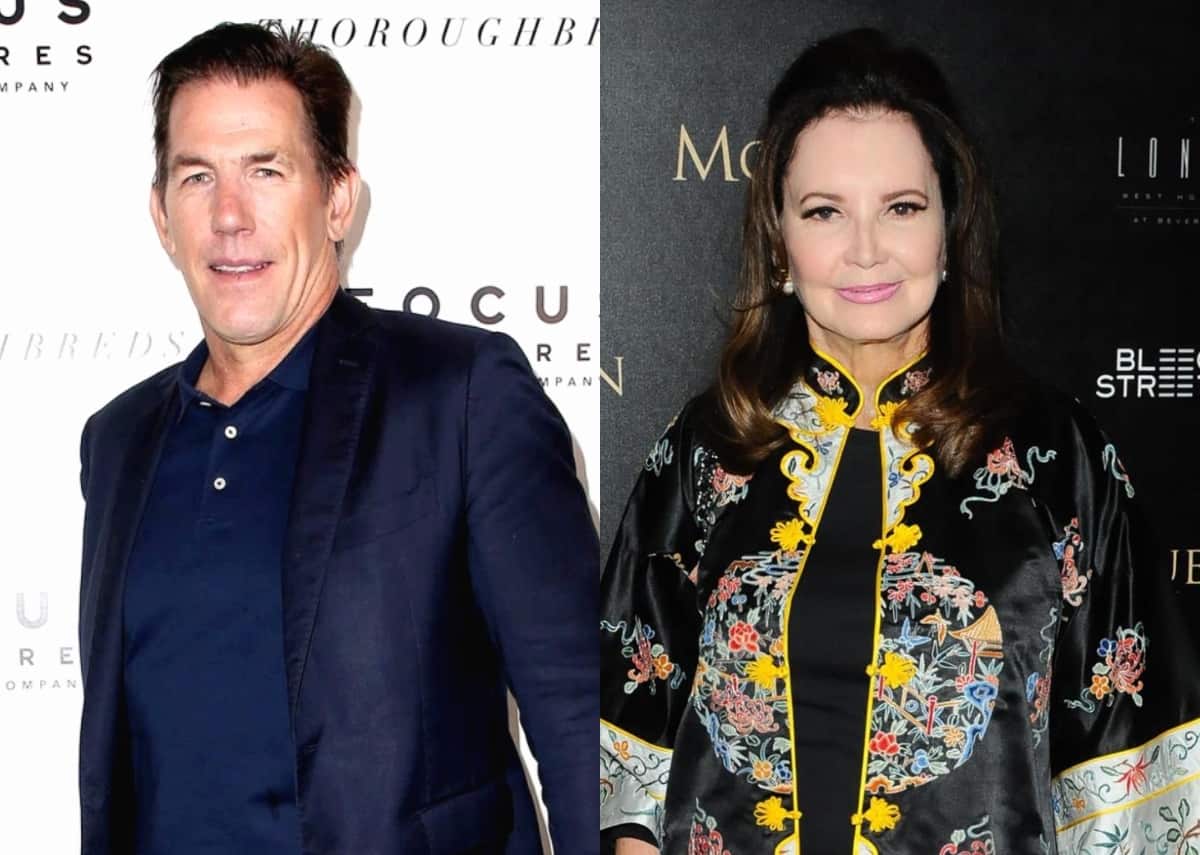 Thomas Ravenel slams Southern Charm matriarch Patricia Altschul for her choices in home decor and questions why Bravo would continue to employ a “racist.”

Instead of wishing Patricia a happy Mother’s Day over the weekend, Thomas took to Twitter to expose his former co-star’s questionable taste in home decor. He also seemingly accused Bravo of covering for the 80-year-old socialite.

“Typical ornaments one will see at Pat Altschul’s home,” he tweeted on May 8 along with a photo of some of the reality star’s memorabilia. “I wonder why Bravo never captures them on the show?” 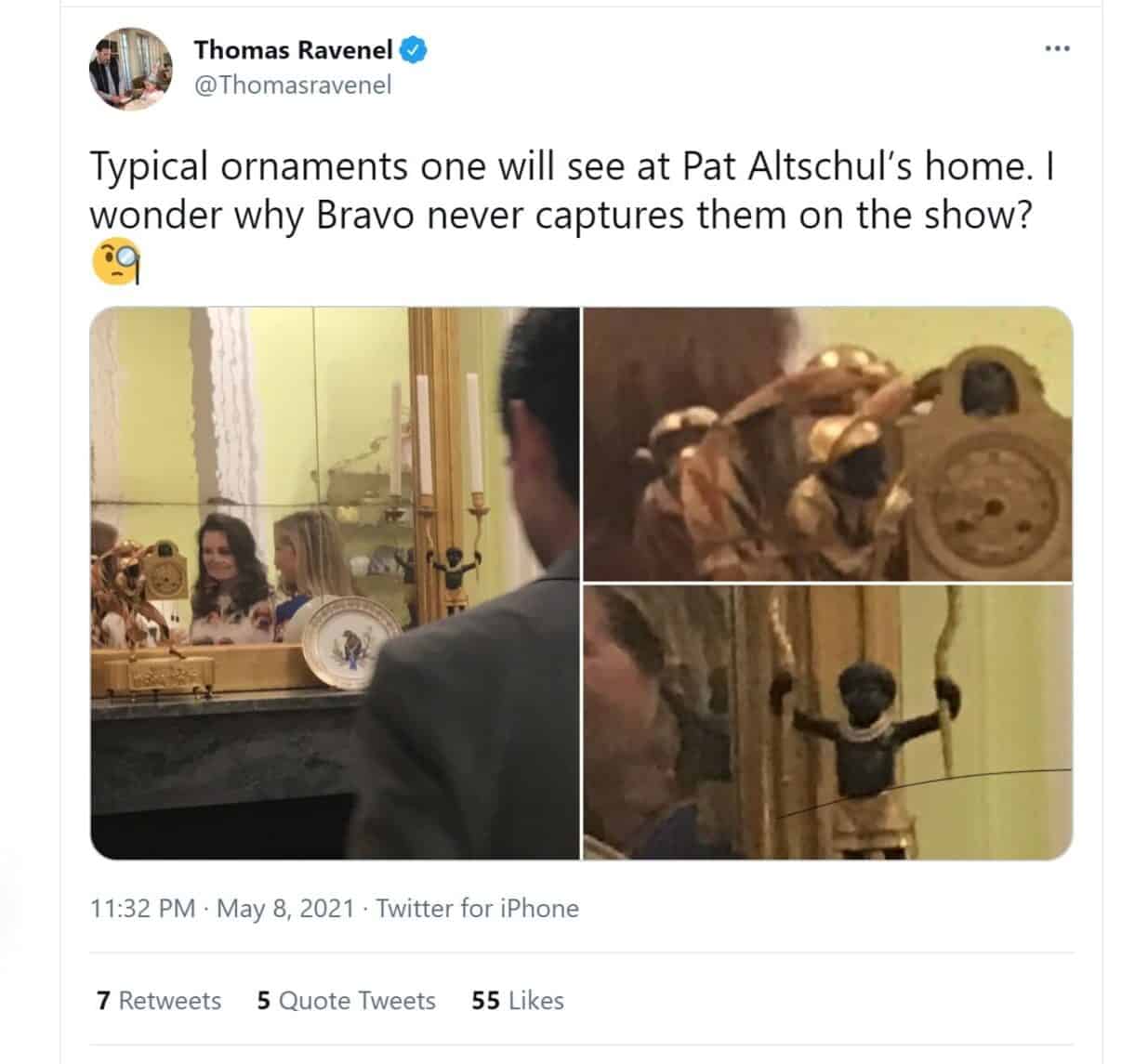 He then shared a March article from All About the Tea in which a source shared photos of inside Patricia’s home. The article accused the reality star of decorating her home with Confederate memorabilia and frequently celebrating the Old South.

“Why isn’t Bravo covering this story line,” he wrote along with a link to the article.

A fan then asked Thomas why he was tweeting about it rather than taking it up with Patricia herself.
“So you think it’s cool to have a ‘negrobilia collection’ that you show off to your guests and have POC being portrayed in degrading ways in much of your shelf sh*t. Pray tell…” he responded. He also stated that he “came up with a nifty alliteration.” 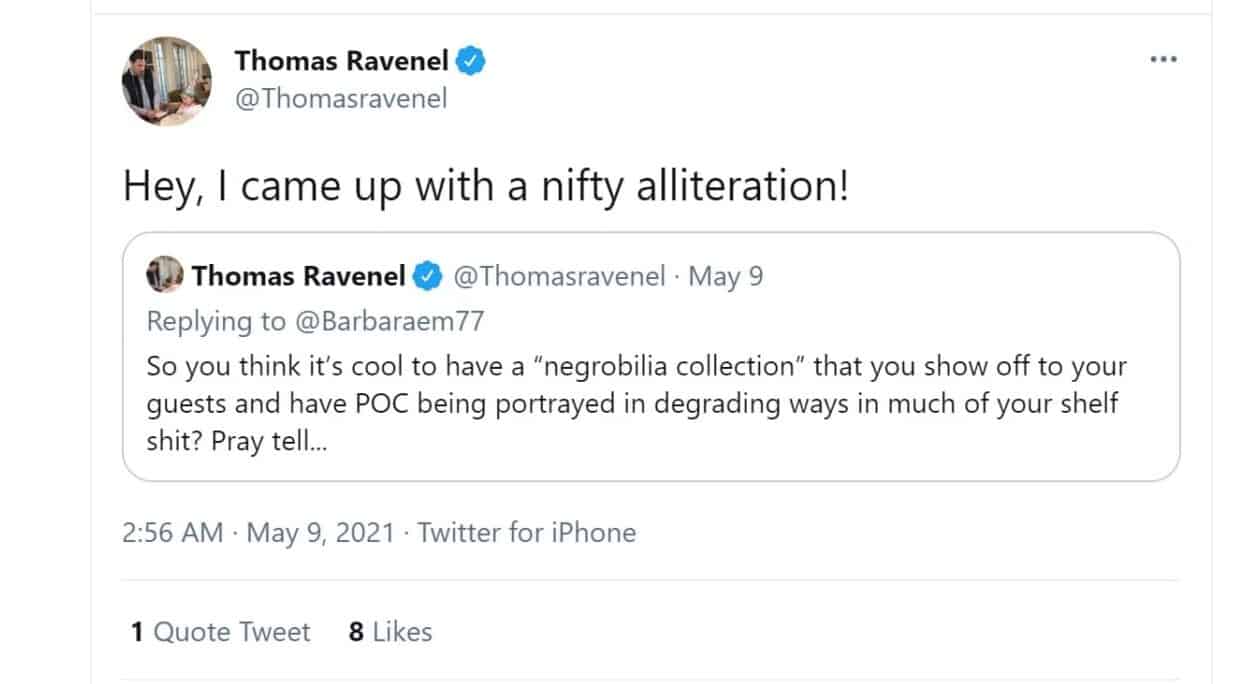 Next, he shared a picture of Patricia’s alleged Christmas tree, which appears to have confederate flags as toppers. Thomas also tagged several large media outlets, clearly hoping the image would be picked up and shared with the masses.
“I thought that was the perch of The Almighty. Not a cradle to glorify slavery,” he quipped. “And she’s supposed to come down here from New York City and tell us Southerners how to be southern…” 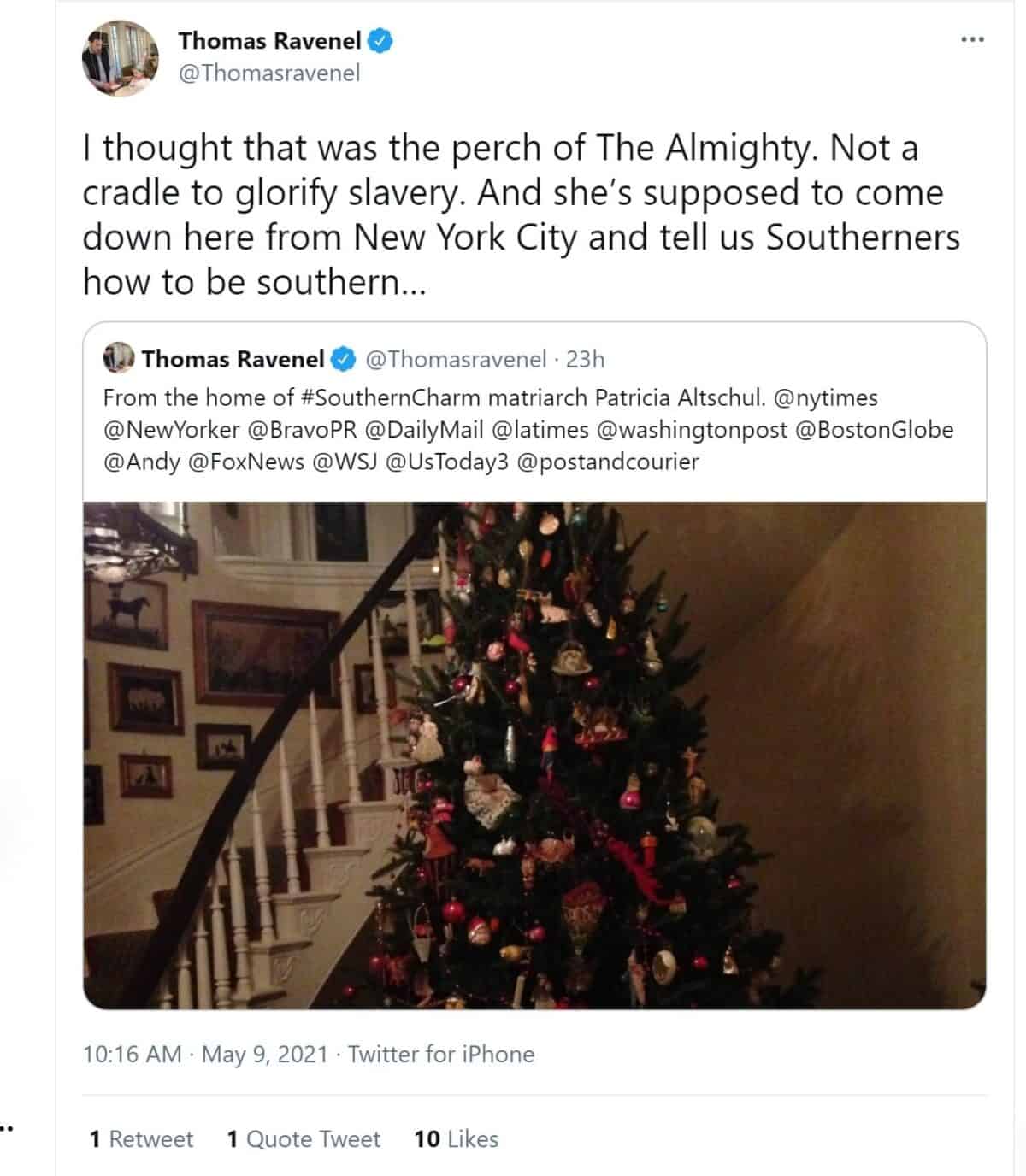 Finally, he claimed that Bravo is choosing to keep Patricia on the show for monetary reasons.
“Bravo’s decision to continue with this obvious racist is not a high minded one. In fact it’s very low. It’s all about the bottom line,” he wrote, and he added several money emojis.

It’s no secret that Thomas and Patricia have had their issues over the years, which came to a head in 2018 when Patricia had seemingly had enough of Thomas and his then-girlfriend Ashely Jacobs. Patricia accused the former couple of online bullying as she explained on Twitter why she and Thomas are no longer friends.
“Why people ask? Because of his and Ashley’s smear campaign, character assassination, lies and purposeful defamation,” she tweeted in June of 2018. “And let’s add to that list an innocent friend of mine who was viciously cyberbullied by Ashley because of her obsessiveness and insecurity,” Patricia added, citing her friend Luzanne Otte‘s claim of online harassment from Thomas and Ashley.
For the time being, Patricia has yet to address the shocking images of her alleged home decor or respond to Thomas’ latest tweets.
Photos Credit: Faye Sadou/MediaPunch/INSTARimages, Sara De Boer/startraksphoto