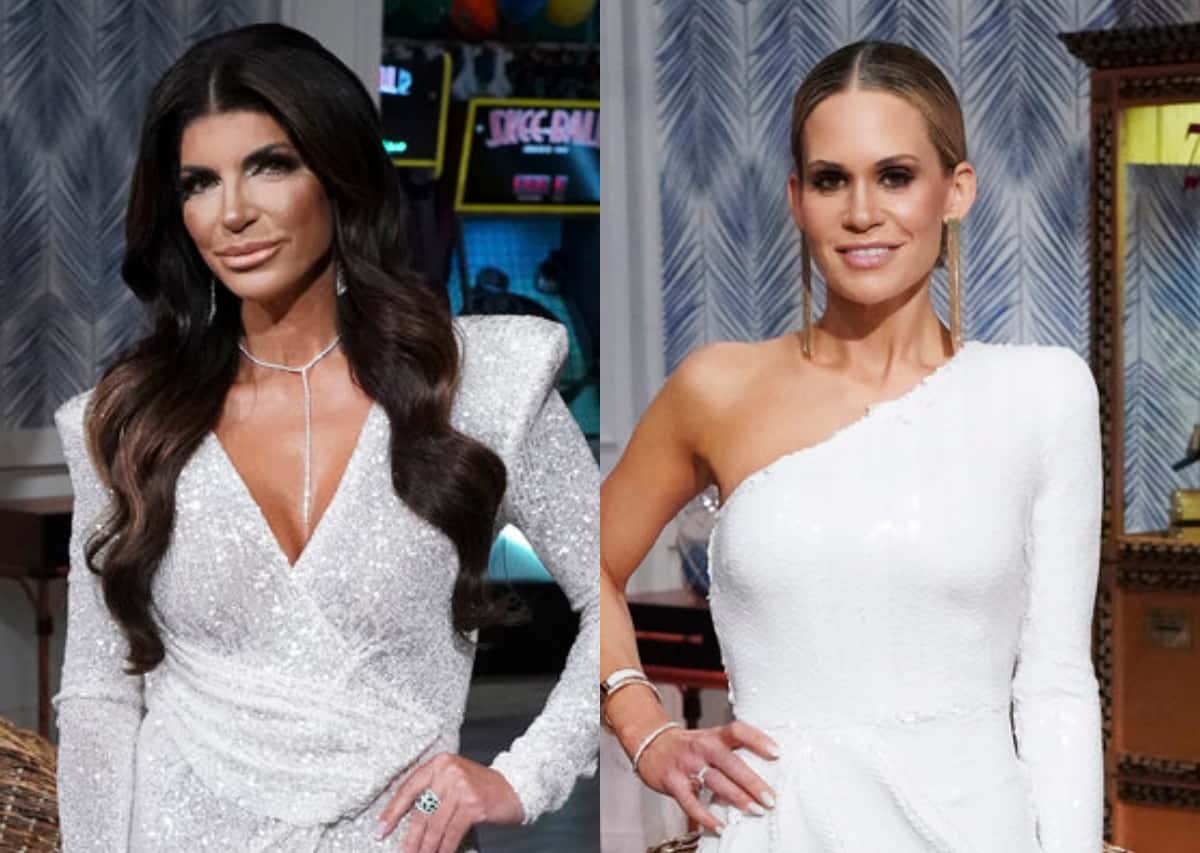 Teresa Giudice has found herself in hot water with many Real Housewives of New Jersey fans after she seemingly suggested that her co-star Jackie Goldschneider allowed herself to be sexually harassed.

As if Teresa and Jackie didn’t already have enough to work through during part two of the season 13 reunion, the pair got into a heated discussion about sexual harassment in the workplace. Host Andy Cohen brought the topic up because Margaret Josephs has candidly discussed her experience with inappropriate bosses in the past, so Andy asked Jackie if she has dealt with the same issue.

“Yes, bosses who would massage my shoulders,” she revealed as an annoyed Teresa rolled her eyes.

“You let them?” Teresa then asked her frenemy before Jackie explained she was afraid she’d lose her job if she spoke up.

The Standing Strong author laughed at Jackie’s response, which prompted Andy to ask Teresa if she’s ever been sexually harassed.

“No. Nobody would put their hands on me unless I would want them to,” the mother-of-four declared.

Andy felt the need to explain to Teresa that being sexually harassed is not a “sign of weakness,” and the majority of the cast felt Teresa was “victim shaming.”

“I’m talking about me,” Teresa said. “There are women that are intimidated by their bosses. I’m just saying with me, it would not happen.”

Unfortunately for Teresa, viewers were not happy with her remarks, and they took to Twitter to let the reality star know her position on the matter is “ignorant.”

“Teresa saying ‘no one would touch me unless I’d want them to’ when it comes to sexual harassment and assault is so uneducated, ignorant and frankly disgusting,” one fan tweeted.

“I love Teresa but you can’t say ‘A man would never touch me unless I wanted him too’ she is strong and tough but that’s not how it works,” tweeted another. “Some men just do what they want regardless. That hurt my ears!”

“Tre’s comments about sexual harassment were so ignorant and irresponsible and I feel it should’ve been called out a little more firmly by Andy in that situation,” a third person wrote.

Meanwhile, several fans called Teresa out for even speaking on the topic at all, claiming she wouldn’t know since she has never had a “real job.”

“Duh Teresa’s never been sexually harassed at work because she’s never had a real job,” one person stated. 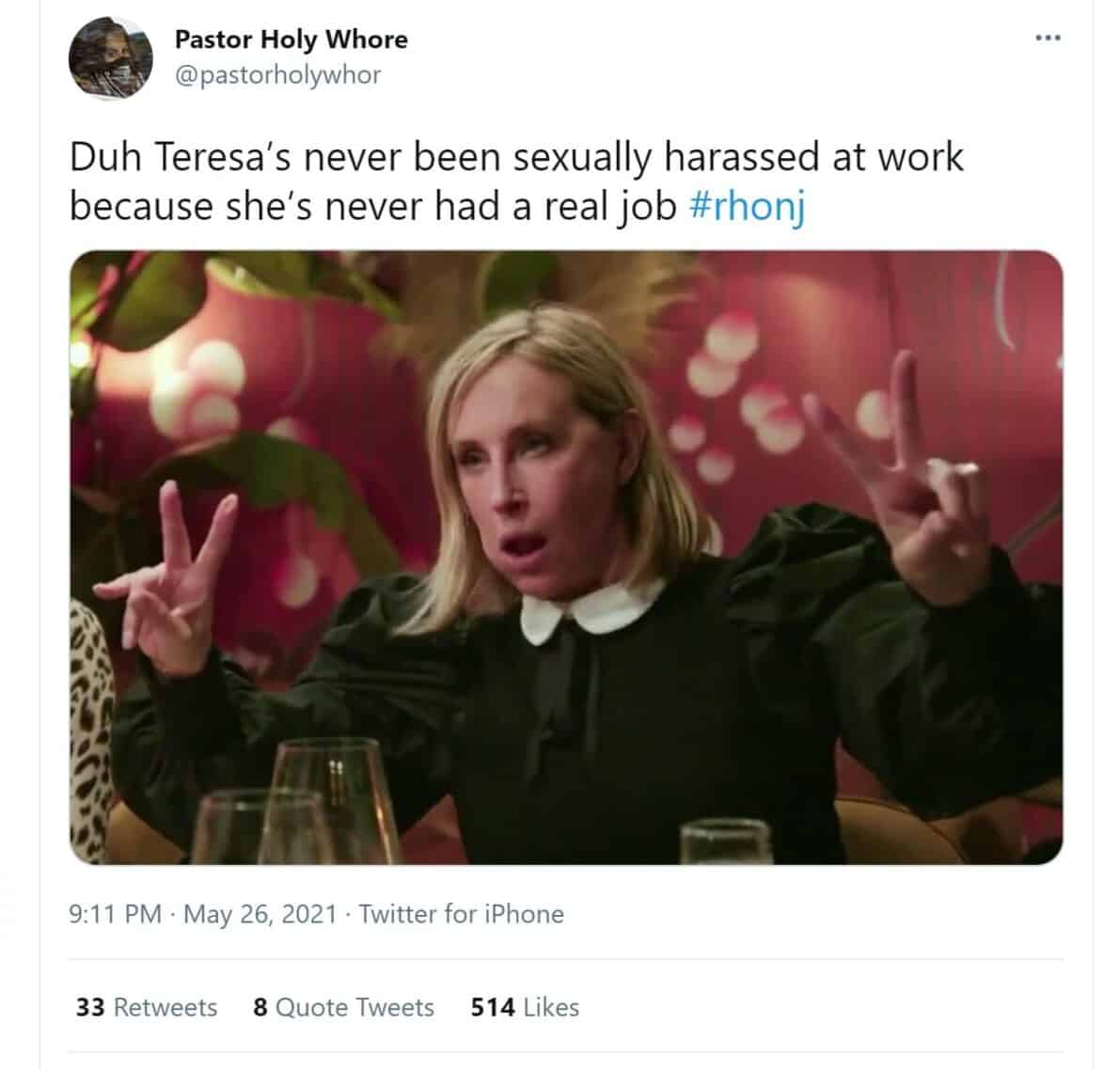 Another fan tweeted, “I find Teresa’s comments about sexual harassment in the [workplace] disgusting. She has no idea what a real job even entails.”

Teresa has yet to respond to the outrage, but then again, it’s rare for the star to apologize for offending someone.

The Real Housewives of New Jersey season 11 came to an end Wednesday night with part two of the two-part reunion, but season 12 is expected to premiere on Bravo early next year.