Eboni K. Williams Reveals Shocking Way Ramona Singer’s Changed For the Better, Calls Her a “Professional Runner” But Admits She and RHONY Star Are Very Similar 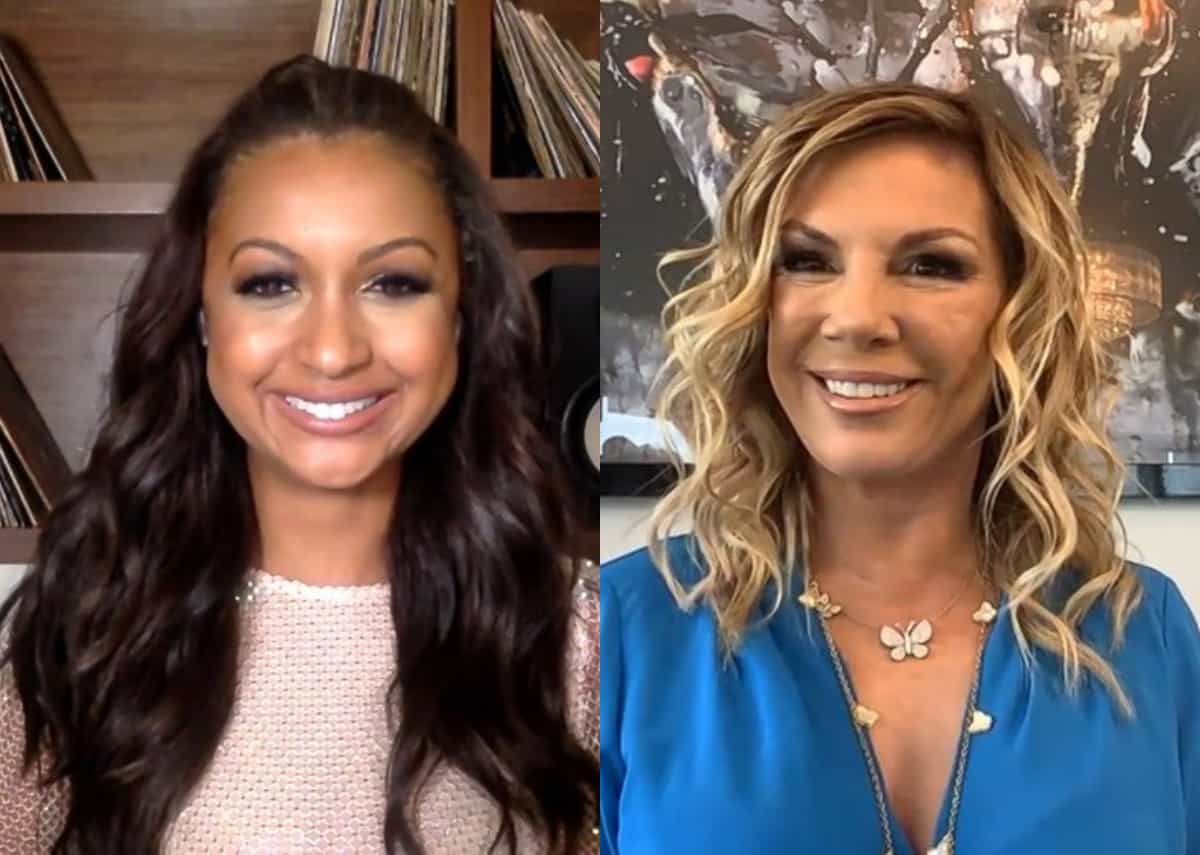 Eboni K. Williams admits she and Ramona Singer have a lot in common as she discusses their conversation about Ramona’s “help” comment and reveals the OG is finally able to remember people’s names.

Though the Real Housewives of New York City newcomer and Ramona butted heads a bit when they first met, the pair have seemingly formed a genuine friendship with one another. And in a recent interview, Eboni revealed what she believes the 64-year-old sees in her.

“Ramona started to see a lot of herself in me and me in her, which is very hard-nosed business, take no nonsense, very proud of the fact that we are self-made,” the attorney told Us Weekly on June 2. “And I think that’s where the similarities that she was attracted to come from.”

If fans recall from the first episode of the season, Ramona told Eboni she felt an immediate connection to her, but the Revolt TV host wasn’t buying it at first. However, she has subsequently changed her mind as she agrees that she and Ramona are similar in many ways.

“I think what Ramona was trying to describe is more-so how much we optically have in common,” she explained. “Like, it’s kind of bizarre — Ramona and I are literally the same exact measurements. … We like a lot of the same things in life. We like the same wine, we like the same cocktails, we like the same food.”

Of course, Eboni and Ramona had to move past the controversial comment Ramona made about some of her employees, which “triggered” the newbie. Eboni says Ramona is a “professional runner,” but she admits the aspiring real estate agent has grown since they had the important conversation.

“Ramona is very good at evading,” she claimed. “It took about five minutes to convince her to have the ‘help’ conversation. She’s a professional runner, and she really tried to shut that conversation down. But what she saw when I kind of forced her hand … is it was not in the spirit or intention of canceling her, or making her look or even feel bad. It really was from this place of, ‘I want to express how I’m feeling and give you an opportunity to consider that moving forward,’ and she did.”

As fans well know, Ramona has always had a difficult time remembering people’s names, which she has been slammed for countless times over the years. But according to Eboni, Ramona is finally coming around and taking the initiative to be more respectful.

“Ramona literally asks and remembers the server’s names now,” she revealed. “It might seem small to some people, but I think that’s a big, important step. It just says that even at this stage in her life, she’s so successful and has so much notoriety and money, [but] she’s actually not beyond self-improvement.”