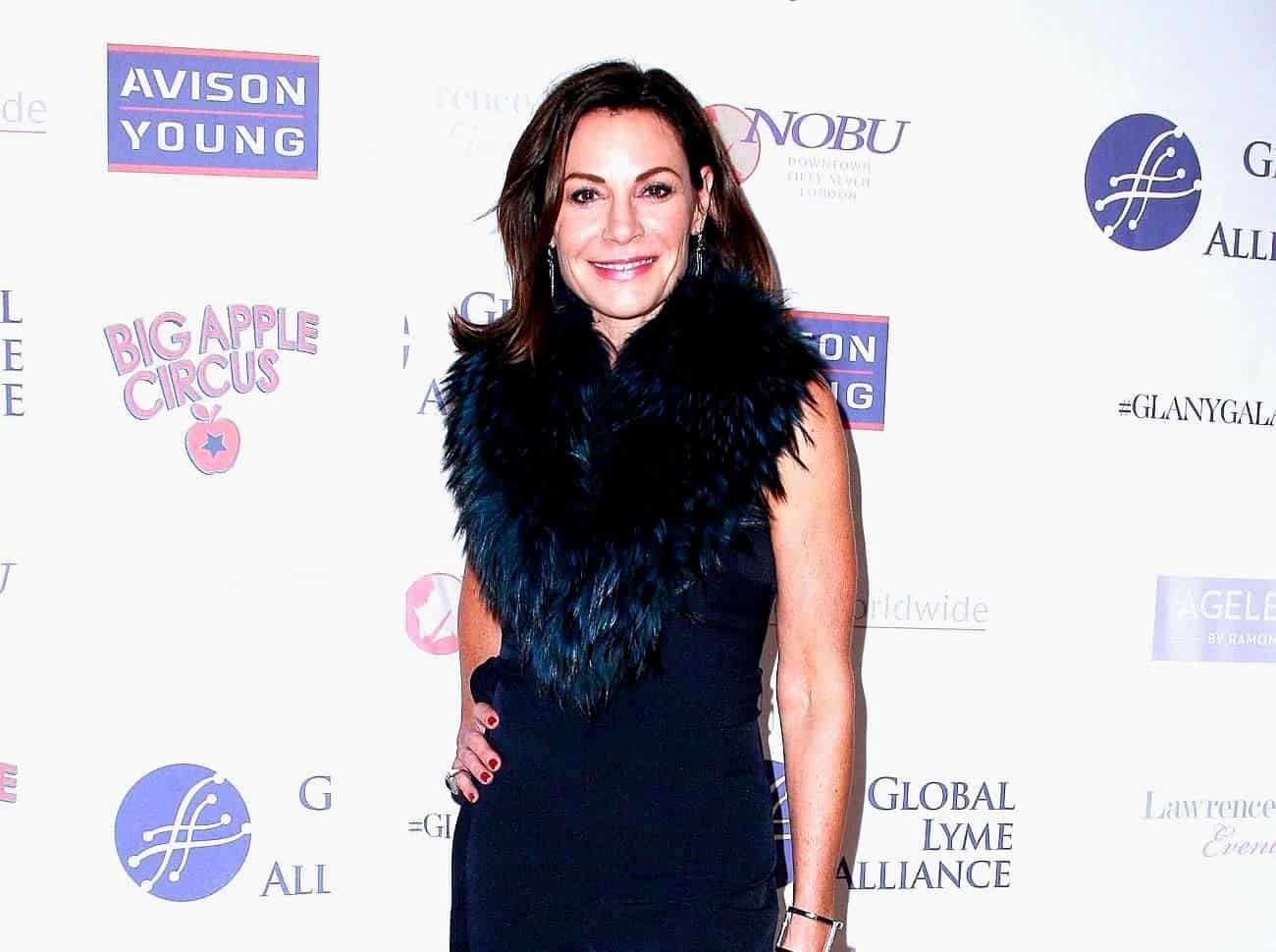 Hi Blurbers! Welcome back to Open Post, a lovely little spot on the internet to lay out the picnic blanket, and talk about whatever you want! This includes shows we don’t normally cover on here, so if you’re a die-hard Survivor fan or whatever, cop a squat and start a thread about it. Easy peasy! This is also a place to have fun, socialize, and share pet pics, so please keep things pleasant with each other, ya dig?

I’ve been doing mostly Top Ten lists here, but also like to pepper Open Posts with great moments in Housewives history in a segment called Remember When? Memories like Ramona’s bug-eyed catwalk, the She by Sheree fashion “show”, and the blue bunny saga should not be forgotten! However, when I sat down and thought about a great Luann de Lesseps moment, I couldn’t narrow down one great moment without thinking of another. She is that entertaining, and it’s hard to believe she was ever knocked down as a “friend-of” for a season!

So, for today, I’m doing a little Top Ten/Remember When? hybrid for the Countess, and name it Luann’s Top Ten Greatest Hits! That title kind of sounds like I’m listing the top ten greatest music hits, which seems appropriate for Luann since she’s given us such odes as “Chic C’est La Vie” and “Feeling Jovani”. Even with the huskiest of smoker voices, Luann dazzles with her cabaret, dahling! So without further ado, let’s get to the top ten moments that made Ms. de Lesseps one of the best Housewives ever!

I’m Going to Throw You Off the Side of the Boat!

One thing I’ve always enjoyed about Luann is she generally has a calm demeanor, even in the face of the utter chaos in front of her. It’s soothing to watch someone not take the bait when people try to rile them up. But! When Ramona Singer wouldn’t stop yapping about Luann’s ill-fated relationship with Tom D’Agostino Jr., Luann snapped and UNLEASHED HELL on Ramona. My favorite line from this exchange was, “Oh, you’re calling him a dude now?”

I remember the first scene of Real Housewives of New York City when Luann told us she was interested in recording a song called “Money Can’t Buy You Class” like it was yesterday. I swear, if I had been drinking chocolate milk at that moment, I’m pretty sure I would have spit it all over the TV screen because THAT was some funny shit, Blurbers. Two favorite parts about this scene: 1) That guy’s haircut and sunglasses that screams, “I’M STILL YOUNG; SEE??” and 2) Luann’s voice before the autotune did its magic. Oh, Luann. You’re the gift that keeps on giving.

You know, I actually feel bad about Kelly Bensimon, Jill Zarin, and Luann’s treatment of Alex McCord once her only ally Bethenny Frankel left the show. Things got very awkward for Alex during season four, and it reached a climax when she and Luann met up for coffee to flesh things out. We were all rooting for the two to drop their differences and skip off into the sunset together, but you know Housewives, Blurbers… things do not work that way in the Bravo universe. So when Alex gave Luann her two cents about the bullying she was receiving, Luann doubled down and gave us one of the meanest – and most hilarious – lines of RHONY.

LOLOLOLOL! I sincerely hope Alex is still clomping around Australia in those Herman Munster shoes out of spite.

Eh, I feel a little bad including Luann’s arrest on this list, because I’m sure it was one of the lowest points in her life. HOWEVEH, this arrest video is kind of amazing. Luann has softened up her image a lot over the years since the show first started, but the Countess comes ROARING OUT when she’s shoved in the back of a patrol vehicle.

What Do You Mean, You Were So Wasted, You Don’t Remember?

Oof. Poor Luann and her bad relationship ticker. We all knew her engagement to Tom D’Agostino Jr. was doomed to fail from the get-go, but sometimes we have blinders on when we’re in love (or lust), no? Well, Luann was in love (or lust), and ignored all the alarm bells her friends were giving her. That is until Bethenny Frankel came along, and gave her time-stamped proof that Tom was fooling around with another woman at the Regency. Luann looks and sounds like pure hell in this scene (I kept waiting for her to cough up an entire pack of cigarettes any second) as she chastised Tom over the phone:

Normally, I enjoyed watching Heather Thompson on RHONY. She seems like a relatively normal person with a great heart. However, when the ladies went on a trip to Turks & Caicos, and Heather woke up to find a strange man in the house, she… LOST IT! Ramona Singer was actually at fault for dismissing the man from her bedroom – and telling him to go sleep upstairs – but when confronted, she decided to “punt” the problem over to Luann, and went back to bed. Heather flung open Luann’s curtains and woke her up screaming about the safety of the house. Luann (and her fabulously swimsuited body) had enough, and took Heather down a peg or two by giving us one of the best lines of any franchise. Check it out:

Did Someone Say ‘Pirate Booty’?

Hoo boy! I almost featured this story just by itself, but like I said before, Luann just has too many good stories to pass up. So… back in St. Barth’s, Luann met a Johnny Depp lookalike pirate she couldn’t resist (despite being in a relationship with Jacques Azoulay). It amazes me that Luann thought she could cheat with a cast, production crew, and cameras nearby. But that’s our Luann, right? Anyway, once she realized she got caught, she tried to mask the scandal by saying a group of Italian friends came over, and then called one of her “Italian” friends (while on camera!!) and spoke to them in French, because why not?

You know what never gets old? A drunken Luann falling into or off of things! Whether it’s missing a step off a deck, or letting the bushes get the best of her, the Countess NEVER fails to entertain when she’s had too much to drink, and I have literally guffawed each time she’s eaten leaves or concrete:

Back on season four, the New York ladies took a trip to Morocco, and it really did look amazing. Morocco is certainly on my bucket list now. Dare I go on a camel ride? Probably, but after seeing Luann get bucked around like a rodeo clown, not once, but THRICE, I have some reservations. While the camel ride was hilariously harrowing in its own right, I really enjoyed Luann’s reaction when she finally got down. Talk about a trooper! If a dromedary tossed me around like a rag doll, I’d probably cry in the guide’s arms for a good five minutes, but Luann kept her cool and kept it moving, so mad props to her!

Welp! That’s my list! Like I said above, there have been so many good Luann moments, it was VERY difficult narrowing them down. I swear, sometimes ten just isn’t enough! Thank you for reading, Blurbers! I will be out of town when this post goes live, so I may not be able to participate in the comments section, but I love you all the same!

TELL US – What’s your favorite Luann de Lesseps moment? Do you even like Luann? What shows are you watching these days?