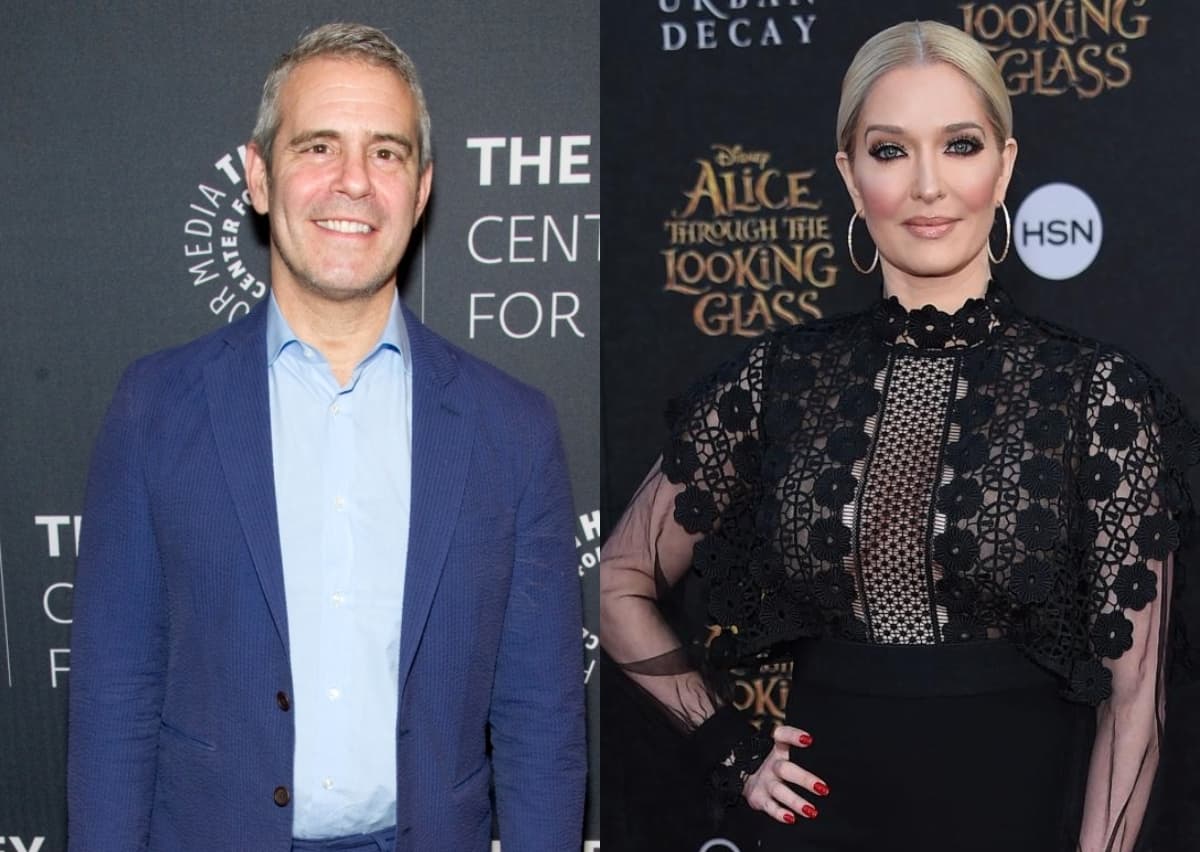 Andy Cohen reacts to the Housewife and the Hustler documentary and says it will not affect Erika Jayne‘s future on The Real Housewives of Beverly Hills while also shading Danielle Staub and Dana Wilkey for their roles in the doc.

Andy broke his silence on the jaw-dropping documentary on the June 16 episode of his radio show after a fan called in and wanted to know if the doc would “affect Erika’s future.”

“I don’t think that documentary will affect her future on the show,” he told the fan on Radio Andy.

Andy’s co-host then asked the What What Happens Live host if he has seen the piece, but before he had to chance to really answer, the fan chimed in and explained to Andy that after watching the doc herself, she no longer wants to watch RHOBH because she’ll feel “icky” doing so.

“For me, it’s the first thing I ever saw as a viewer that made me not want to watch the show or watch her on the show, just because seeing her life of opulence — knowing that money was stolen money — made it a little bit icky,” the woman professed.

However, Andy didn’t seem too bothered by the caller’s comment as he went on to seemingly discredit the doc and some of the individuals the creators chose to interview about the scandal.

“Well, I will say the idea that Danielle Staub and Dana Wilkey are the experts in this documentary about Erika is… questionable at best,” he snarked. “So, I kind of realized I wasn’t going to learn anything new from them about Erika.”

He added, “The Tom Girardi stories continue to be deeply disturbing and we have to see how this plays out.”

As fans well know, Thomas has been accused of embezzling millions of dollars from his vulnerable clients over the years, and several of those alleged victims shared their stories in the doc. Furthermore, many of the alleged victims have also expressed that the fact that Erika was able to continue filming the show is very disheartening.

“Maybe American people like to watch some stupidly rich people get famous and get more money and get more recognition from the public, but it’s not her money to begin with,” Bias Ramadhan, a former client of Thomas who was featured in the documentary, told the Los Angeles Times in May.

Thomas reportedly cheated Bias and his siblings out of the $1.2 million settlement they were awarded after their mother was killed in the Lion Air Flight 610 crash in 2018.

Nevertheless, it seems Andy still has Erika’s back for now.

The Real Housewives of Beverly Hills airs Wednesday nights on Bravo at 8/7c, and The Housewife and the Hustler is currently streaming on Hulu.