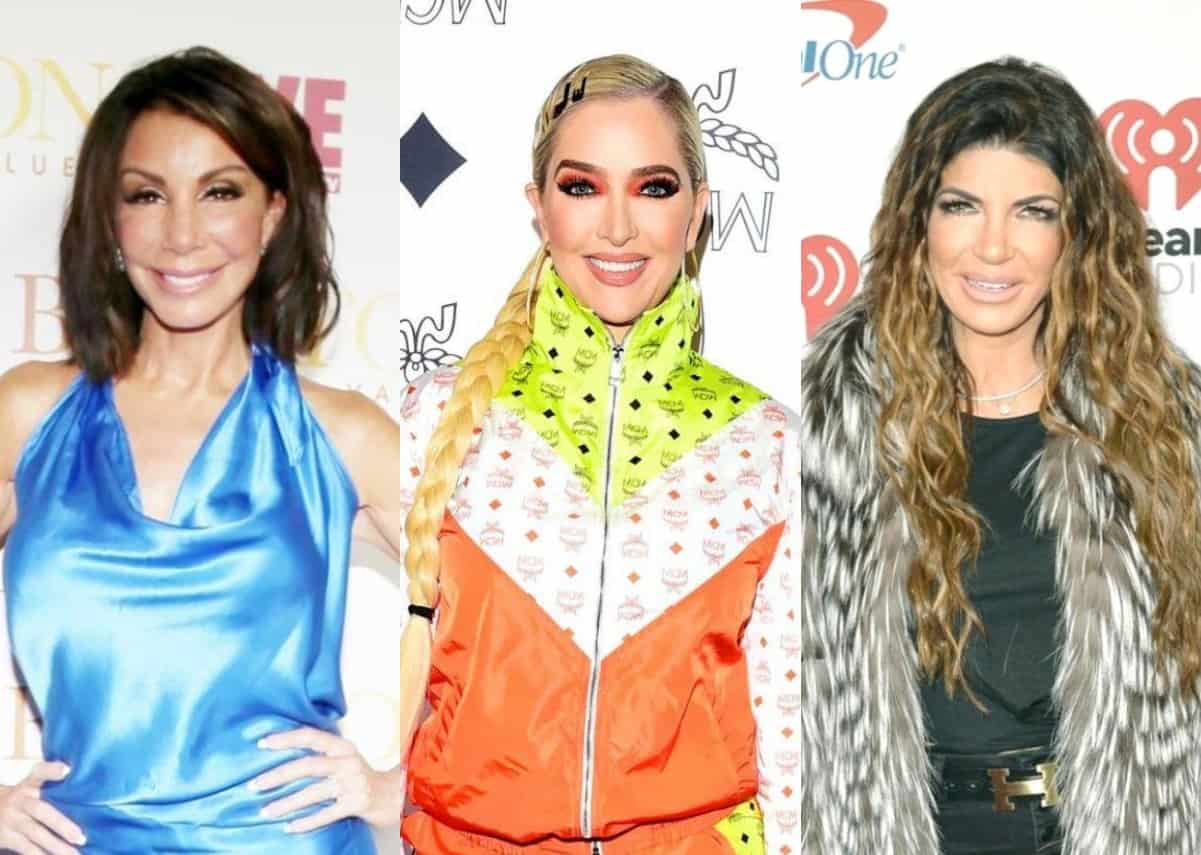 Danielle Staub is slamming Bravo and accusing the network of supporting Housewives who have committed crimes following her appearance in the Housewife and the Hustler documentary.

The new documentary — which covers the legal problems of Real Housewives of Beverly Hills star Erika Jayne and her estranged husband Thomas Girardi — kicks off with Danielle offering her opinion on the “Pretty Mess” singer. And on June 14, Danielle took to Instagram to promote her role in the doc by sharing a clip of her interview. However, she didn’t just throw shade at Erika. She also took the opportunity to blast both Bravo and her former Real Housewives of New Jersey co-star Teresa Giudice in the caption.

“Personally I find it all extremely disheartening,” she began the post. “Yet here we are [Bravo] continues to support the Real crimes of [the] Housewives Franchise. This isn’t entertainment! It’s the lie Bravo tells you to create a storyline. Which ironically is not reality!”

“Bravo bends and manipulates the truth instead of simply Allowing [reality] to be the storyteller,” she continued in the caption before using Teresa as an example.

“Reality [TV] should’ve followed Teresa’s real living circumstances in [season one of RHONJ], her home was in Lincoln Park,” she wrote. “I don’t judge but it was old filthy and anything but luxurious, Teresa was ashamed of her home, which ironically was never seen on the show.”

She added, “[Bravo] STOP paying millions to [Teresa Giudice] a known Criminal and A convicted felon guilty of 42 [counts] of fraud. Stop glorifying the criminals!”

She then seemingly went on to claim that Bravo has created a culture that causes its stars — especially Housewives — to commit crimes in order to keep up a certain lifestyle for their respective shows.

“If the franchise continues to pay cast and promote their fake lives, so many more crimes against society will be committed. In [reality] This will [affect] more civilians financially, emotionally, physically, and mentally,” she concluded the rant.

As fans well know, Danielle herself has been accused of committing crimes, including kidnapping and extortion, which was detailed in the book Cop Without a Badge. Though she has denied the majority of the allegations in the book, the mother-of-two’s alleged criminal past was a major source of contention between her and her co-stars throughout her first two seasons on the show.

Danielle left the show following season two, but she returned in a “friend” role in season eight after making amends with Teresa. It’s interesting because she was very supportive of Teresa following the Standing Strong author’s 11-month prison stint until the two had another falling out. That led to Danielle leaving the show for a second time after season 10.

It’s unclear why Danielle was asked to be a part of The Housewife and the Hustler documentary as she admits she has only met Erika once or twice. But what is clear is the former reality star still resents her former friend and the network she once worked for.

The Housewife and the Hustler is currently streaming on Hulu.