Home Real Housewives of New Jersey News Danielle Staub Accuses Teresa Giudice of Being “Fake” on RHONJ, Feels She Was “Used” for a Storyline, Plus She Alleges Caroline Manzo’s Family Has Mob Ties, and Reveals What It Would Take for Her to Return

Danielle Staub Accuses Teresa Giudice of Being “Fake” on RHONJ, Feels She Was “Used” for a Storyline, Plus She Alleges Caroline Manzo’s Family Has Mob Ties, and Reveals What It Would Take for Her to Return 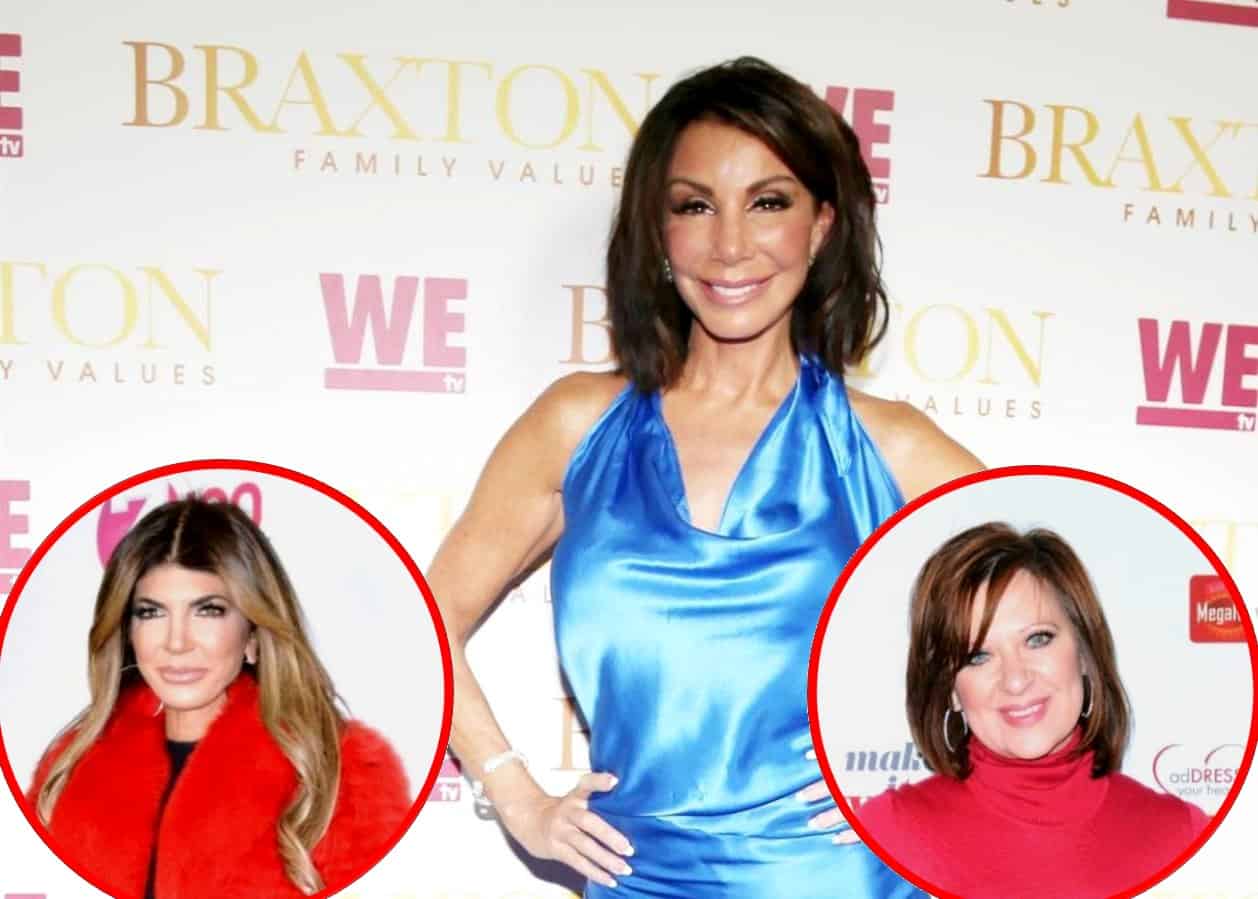 Danielle Staub has no interest in reconciling her friendship with Teresa Giudice.

Months after announcing her departure from The Real Housewives of New Jersey, Danielle revealed her thoughts about Teresa, called out Caroline Manzo‘s family for supposedly having mob ties, and accused Margaret Josephs of attempting to destroy her marriage to Marty Caffrey before explaining what it would take for her to return to the show.

According to Danielle, Teresa is all about the show and believes she’s a “big star.”

“But the way a star behaves is not like that. I know stars and I know do-gooders and she’s not one of them,” Danielle shared. “I want nothing to do with her or her life, and I have no reason to reach out to her. She should be reaching out to me, she’s the one that used me.”

As fans saw at the end of the 10th season of RHONJ, Teresa sided against Danielle after she pulled Margaret’s hair at a boutique amid a months-long feud, even though it was later revealed that Teresa had told Danielle to do so.

“She doesn’t hang out with the people she sided with. It’s all fake. It’s for the show. I just didn’t think my relationship with her was fake. But there you go. That’s Teresa!” Danielle explained.

When Danielle’s co-host, Ryan, read a question from a fan, who wanted to know if the Manzo family was truly tied to the mob, which Albert Manzo has denied, Danielle alleged they absolutely were.

“There was a lot of Caroline hiding behind my story but yeah, they all are [tied to the mob] and it’s all come out now, just recently, all these years later.”

“They were involved and they’ve been indicted. The Manzos are guilty of beating up their own family members,” Danielle stated.

“Caroline is the biggest bully of all and the most complicit of all,” Danielle continued, proceeding to accuse Albert of cheating on his wife.

“[Caroline] should have been paying more attention to her marriage because her husband, as we all know now, was not so faithful and doing so right under her nose. I was brave enough to leave my husband when things like that were happening but… not you!” Danielle said.

Looking back at her decision to leave RHONJ, Danielle appeared to be having second thoughts.

“I should have just stayed and powered through when it was my story being told and I should have claimed it and owned it and turned the whole show into me, rather than removing myself and allowing people to continue to talk about me,” she told listeners.

That said, when asked about a potential return, Danielle said she would “never” go back unless there was a completely different cast.

“I’ve given them enough of my life,” Danielle explained. “When you know how something is going to end, why would you begin it again? You couldn’t pay me enough. The only way I’d do New Jersey again is if I was the only original cast member and every other cast member I’ve ever filmed with before were gone.”