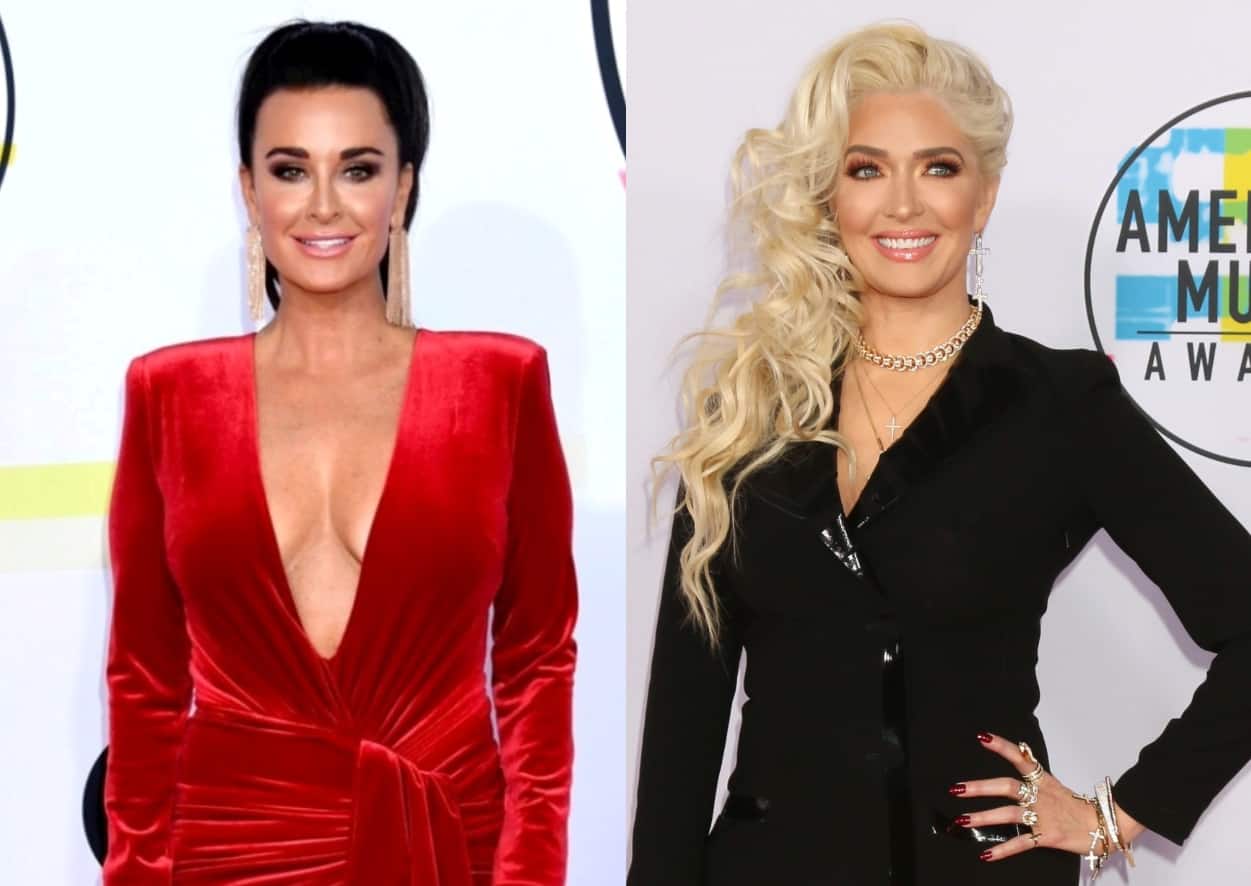 Kyle Richards reveals how Erika Jayne is doing following the release of the Housewife and the Hustler documentary, and she claims there have never been any gang-ups on the Real Housewives of Beverly Hills.

Though Kyle says she hasn’t “had a chance” to see the new doc, which explored Erika and her estranged husband Thomas Girardi‘s neverending list of legal troubles, she did recently call her co-star to check on her. And according to the mother-of-four, Erika is doing “okay.”

Unfortunately for Erika, the documentary isn’t the only huge blow she received in the last few days as her attorneys filed a motion to drop her as a client on June 15.

Meanwhile, Kyle also spoke with Entertainment Tonight earlier this week. She was asked if she believes there have ever been any gang-ups on the show by the “Fox Force Five,” which is made up of Kyle, Erika, Lisa Rinna, Dorit Kemsley, and former cast member Teddi Mellencamp.

Fans have accused the group of protecting one another while going after another co-star. In season nine, it appeared to be Lisa Vanderpump with the puppy-gate drama, and then in season 10, Denise Richards was at the center of the drama after she was accused of hooking up with Brandi Glanville. Nevertheless, Kyle was seemingly taken aback by the gang-up notion.

“My god,” Kyle said when the idea was mentioned. “First of all, there’s never ever a plot to take anybody down. Things unfold and then we go with whatever is unfolding, what’s happening in people’s lives at the time.”

“I think people don’t like that there’s a bond between the five of us,” she continued. “And that all stemmed from the season where there were all these big fires in Malibu, and Camille [Grammer] and Denise were not able to make it to Provence with us. That was the season, I think, that Lisa [Vanderpump] had stopped filming with us, so we just went, the five of us, and we really bonded. It was a smaller group. There’s a lot of trust between us.”

The Real Housewives of Beverly Hills season 11 airs Wednesday nights on Bravo at 8/7c, and The Housewife and the Hustler is currently streaming on Hulu.