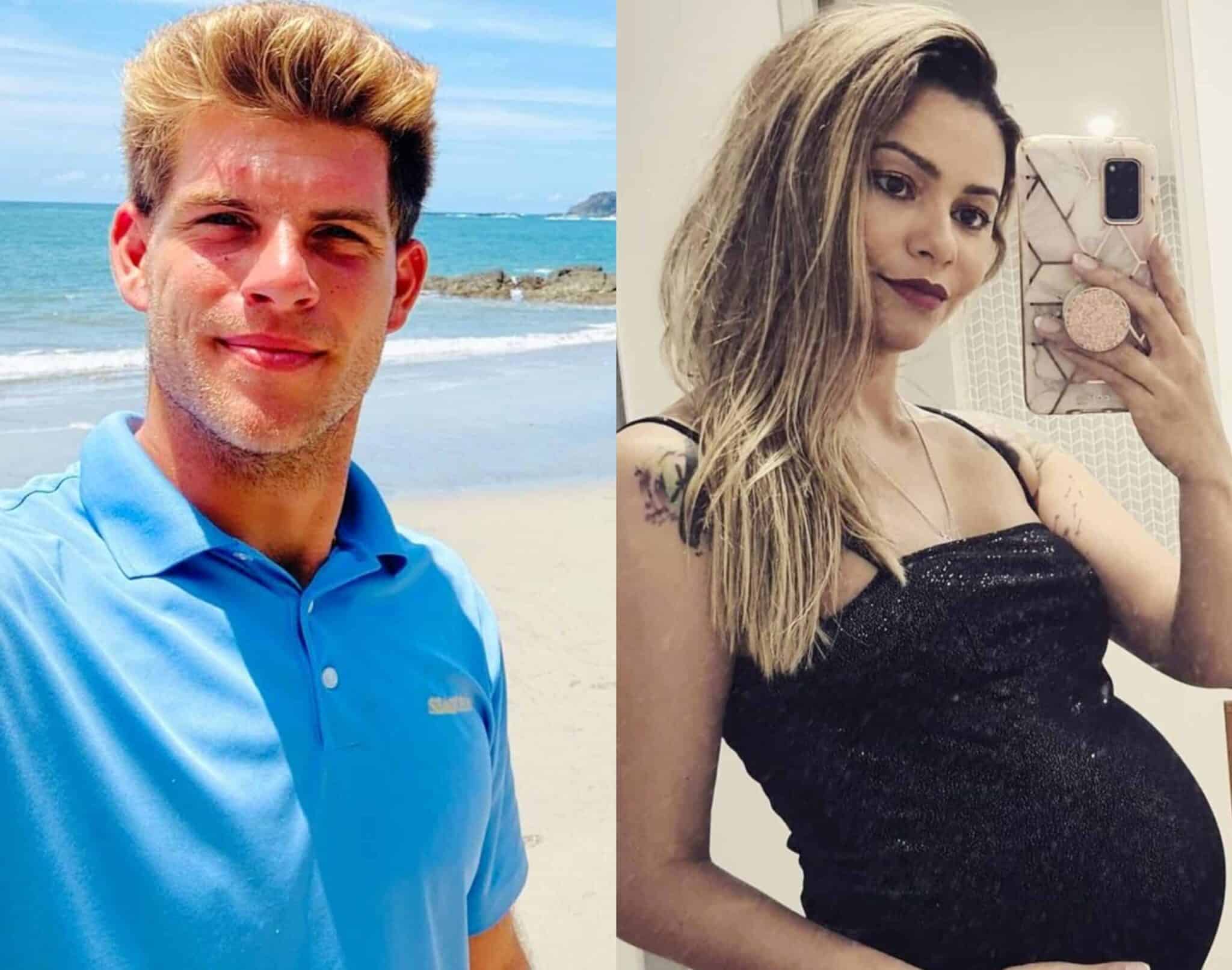 Jean-Luc “J.L.” Cerza Lanaux breaks his silence by claiming he “wants to know” if he’s the father of Dani Soares‘ baby as their Below Deck Sailing Yacht co-stars weigh-in and seemingly slam his behavior over the last nine months.

JL and Dani’s boatmance has been playing out on the show, and with the reunion looming, it seems the deckhand has finally decided to address the rumors that he’s the father of Dani’s weeks-old baby girl, Lilly.

In Late April, Dani announced she was expecting her first child via Instagram, and she made it clear at the time that she’d be raising the child on her own, noting, “It’s just you and I little baby.” Then, once she welcomed baby Lilly in May, there was still no mention of the father.

However, the Below Deck Sailing Yacht season two reunion trailer seemingly hints that JL is in fact the father, and Dani is seen telling host Andy Cohen that the baby’s father wants nothing to do with the child.

“He thinks it’s not his child, he doesn’t want to have anything to do with it,” Dani says in the teaser.

On June 18, JL, 24, took to Instagram to share his side of the story, along with a picture of himself staring off into the sunset.

“There’s a lot of gossip about my social media silence so I think it’s time to clear the air,” he began in the caption. “While others are off chasing their 15 minutes of fame, I am working on a yacht in Central America and heartbroken to have to hear about the baby’s birth on social media and read headlines like “Dani Soares Says Her Baby’s Father Doesn’t Want Anything to Do With It.” All I can say is if she’s mine, I want to be involved 100%.”

“As someone who grew up with parents who weren’t together, I wouldn’t wish that on any child, he continued in the Instagram post. “Not looking for a pity party. Just want everyone to know how strongly I feel about this, especially the haters who are so sure I am neglecting my responsibility. No one wants to know more than me if this is my baby girl!”

Unfortunately for JL, his co-stars immediately began to weigh in on his sentiment, and they didn’t exactly take it easy on the deckhand.

“No one is stopping you from getting a paternity test,” Alli Dore commented.

Chef Natasha de Bourg commented, “I’m sorry JL but sounds like a pity party to me …. Why didn’t you reach out [nine] months ago ??? No woman deserves to be treated the way you treated [Dani].”

And Sydney Zaruba simply commented, “What is wrong with you?!” 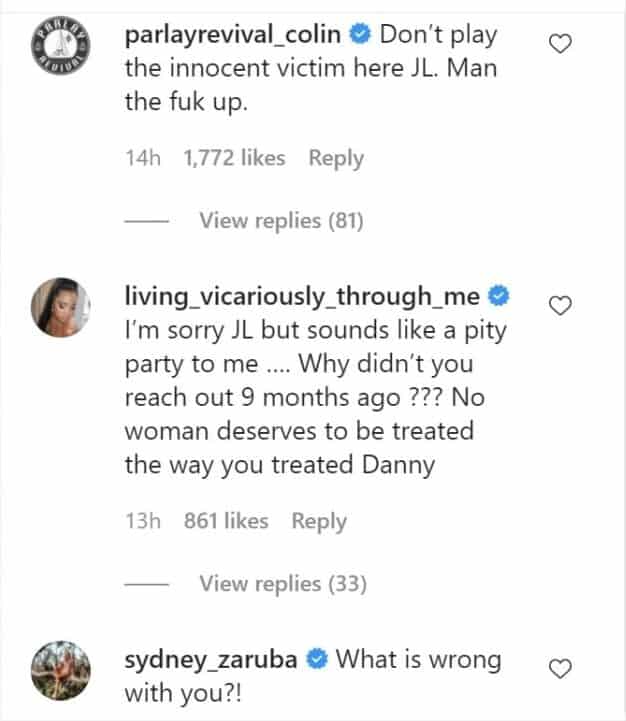 Dani did not comment on the post, but hopefully, JL is planning to reach out to her privately to discuss their complicated, real-life situation.