Home Real Housewives of New York City News Eboni K. Williams Reveals Comment RHONY Costar Made That Didn’t Air, Gushes Over Sonja Morgan as She Names Costar Who Shocked Her the Most 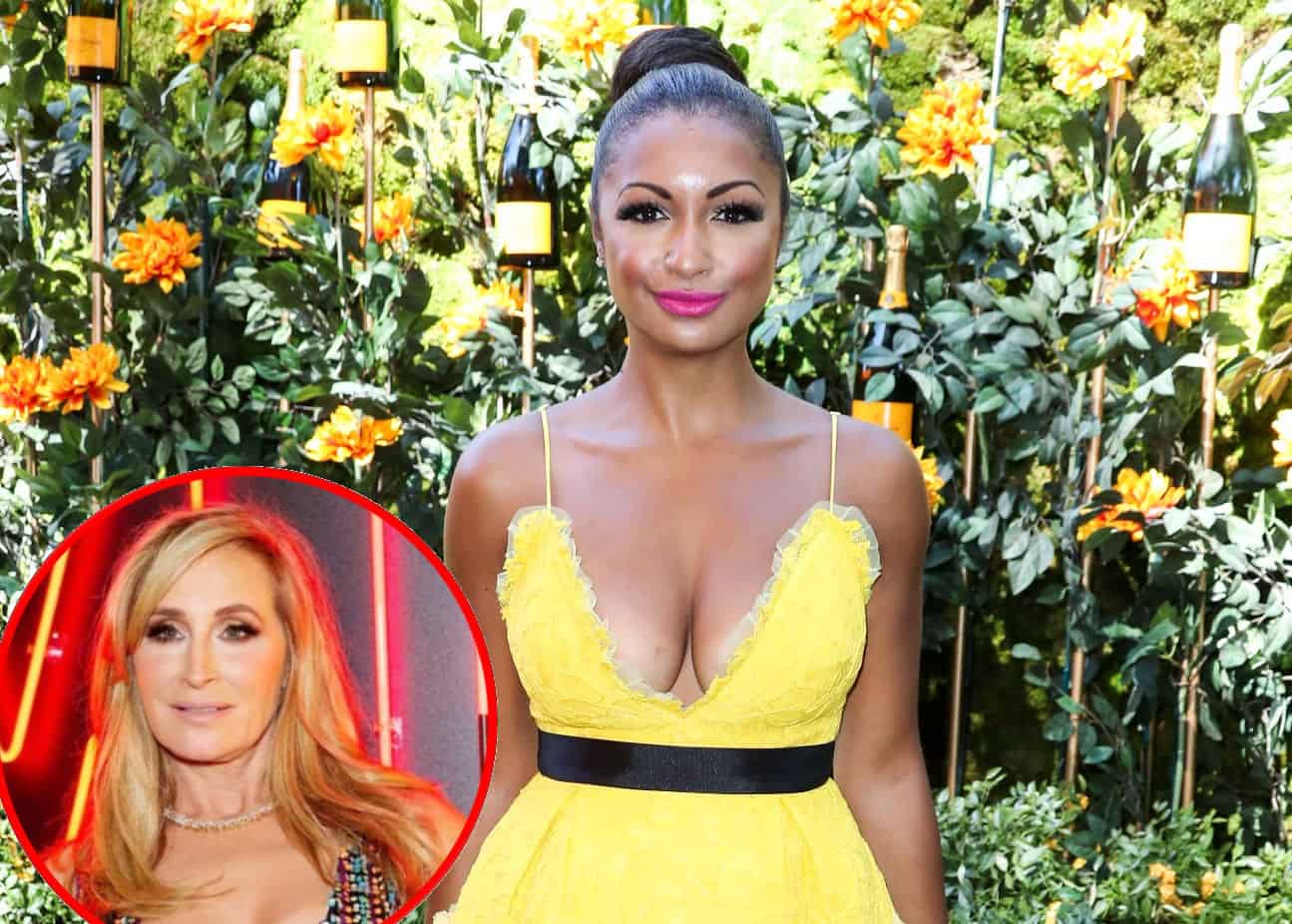 Eboni K. Williams discusses a problematic remark a co-star made to her that didn’t air, shades Housewives who claim they were unfamiliar with the franchise before joining the show, and reveals which Real Housewives of New York City co-star shocked her the most. Plus, she talks having “no expectations” prior to meeting Ramona Singer.

While weighing in on the drama between Crystal Kung Minkoff and Sutton Stracke on Real Housewives of Beverly Hills during a recent podcast appearance, Eboni revealed that one of her RHONY cast members actually suggested they didn’t see color. However, she chose not to disclose which co-star made the remark.

“[There were] things that weren’t aired that was said to me as well,” she said on the Behind the Velvet Rope with David Yontef podcast. “You know, like, ‘I don’t see your color.’ And I didn’t mention that. And it was said to me at some point, ‘I don’t even see you as a Black woman, I just see you as another pretty smart woman.’ And I knew it was meant as a compliment, but I also knew it felt incredibly painful, and it felt like an eraser of such a compelling and important part of my identity.”

Eboni also dished on being a fan of RHONY before joining the show, and she explained that when a new cast member within the franchise claims to know nothing about the show they joined, she finds that notion a bit hard to believe.

“I’m a RHONY fan and I say it without apology,” she proclaimed. “I know how some people like to get on Housewives and act as if they’ve never seen an episode ever in life. And maybe, but, Sis… What I would never do [is] join [or] go to a firm that [I] haven’t, like, checked out what the situation is before [I] get there. So it’s the same thing that applies to this.”

Since she was a fan before signing her own contract, she was asked to name which co-star shocked her the most.

“Sonja Morgan shocked me the most. And it wasn’t the townhouse first episode,” Eboni said, referring to her first awkward encounter with Sonja, who referred to her Koi fish as diverse. “She shocked me because as you’re seeing in real-time, like where we are right now, episodically, this Hamptons trip is where I started to see Sonja and she started to see me.”

She added, “I’ll tell you where I think it really started. It was in the sprinter when we were all going to the wine tasting. And, you know, I don’t know any of these women that well, other than Leah McSweeney, so I’m getting to know them. And I’m listening to this conversation between [Luann de Lesseps] and Sonja, and it’s kind of breaking my heart.”

She noted that she felt Luann was “coming for Sonja’s jugular” while she was in a vulnerable state, which is why she felt the need to jump in to help protect Sonja. Following the incident, Eboni believes Sonja realized she “saw her value,” and they began to really click.

“Fast forward to the Breakfast at Tiffany’s dinner, and I just can’t even tell you how much fun Sonja and I head down there at the end of the table, just kiki-ing it all night together and just being ridiculous. Like, I had said something to Heather Thomson, like, ‘It’s like a [Notorious B.I.G.-Tupac] feud.’ And Sonya’s like, ‘Pac! Pac!  I’m a Tupac.’ Like she’s just so ridiculous and it’s so much fun. And then you’ll see in an episode, I’m not really sure when this conversation is going to air, but you’ll see in episode six where we just like start seeing each other on a very spiritual level.”

As for Ramona, who the attorney is currently in a good place with after resolving their beef over the OG’s “help” comment, Eboni says she honestly didn’t know what to expect from the highly unpredictable star.

“I didn’t know which way she would go,” she explained. “Like, I didn’t know if she would be overly gracious, which she ended up being — which was cool in the beginning — or if she would be extremely standoffish, you know? Ramona is a mood, honey! And [she] can go the way the wind takes her, so I had no expectations.”