Home Real Housewives of Beverly Hills News Kyle Richards Shares if Sister Kim Richards Will Appear on RHOBH Season 11, Plus Before and After PHOTOS of Kyle’s Living Room Makeover

Kyle Richards‘ daughter shows off the major changes the star has made in her sprawling Encino home, plus Kyle reveals whether Kim Richards will appear on season 11 of the Real Housewives of Beverly Hills.

As fans well know, Kyle loves a good upgrade — hence the nose job — and her home is no exception. On June 20, her oldest daughter Farrah Aldjufrie took to Instagram to show off her mom’s newly redesigned living room.

“New living room who dis,” she captioned the Instagram Story video, which was captured by Bravo TV.

It seems the reality star was ready for a new vibe as she changed her white walls to a deep blue shade. She also swapped out her stunning, white marble coffee table for what appears to be a dark wooden table, and she switched up the artwork displayed above the fireplace.

However, she opted to keep the classic chandelier and white furniture.

Check out the gorgeous transformation in the before and after pics below. 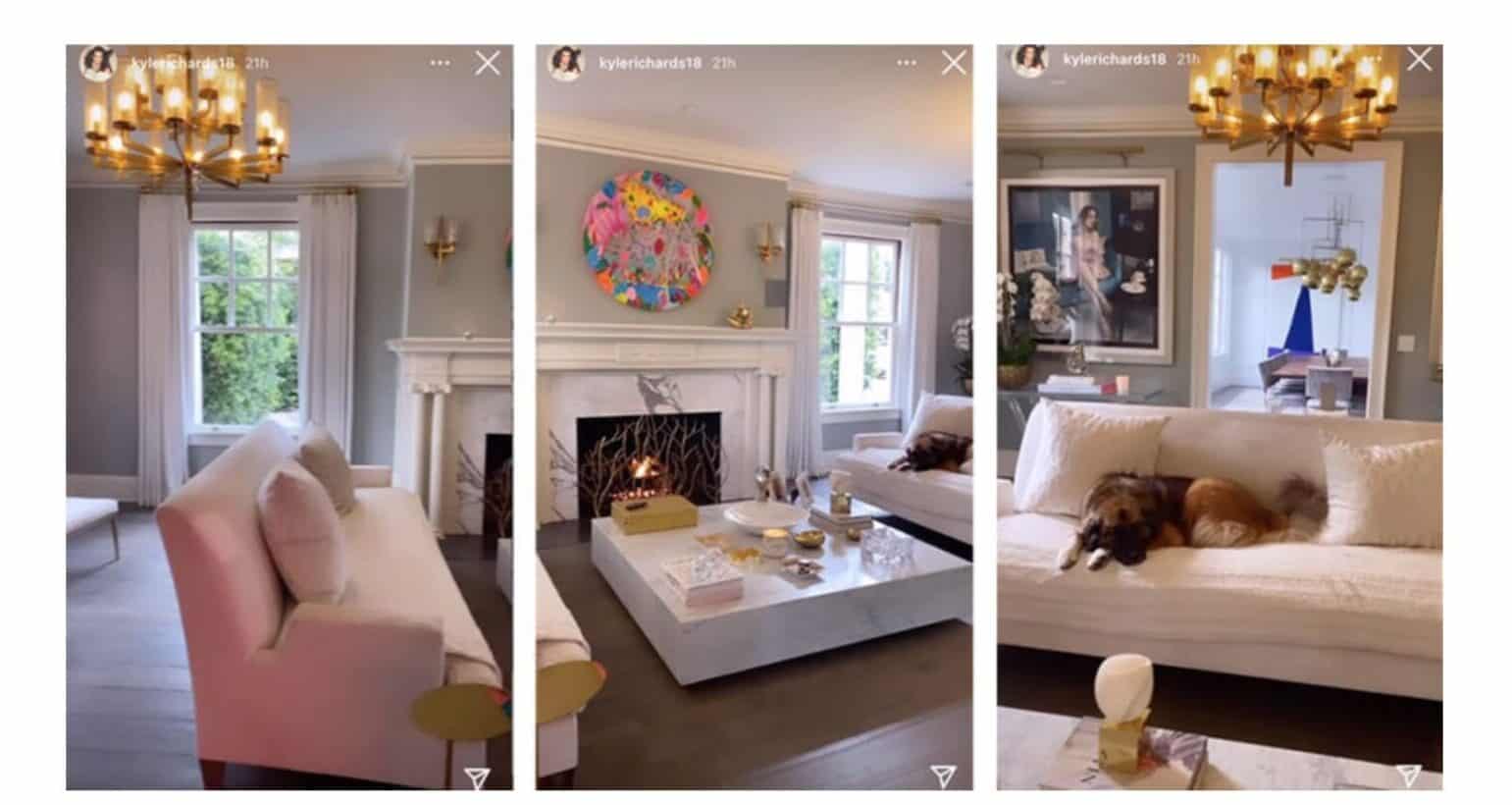 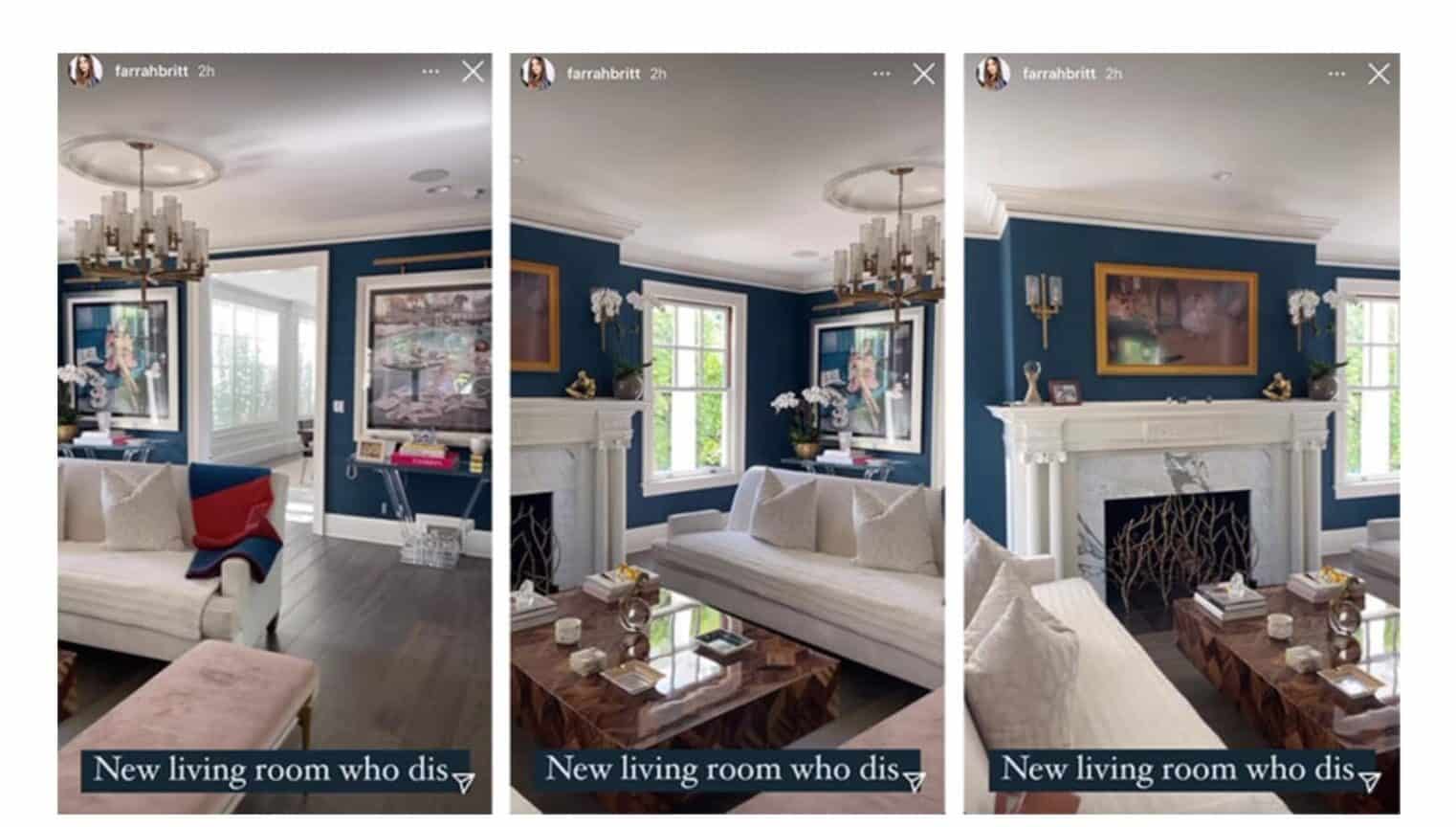 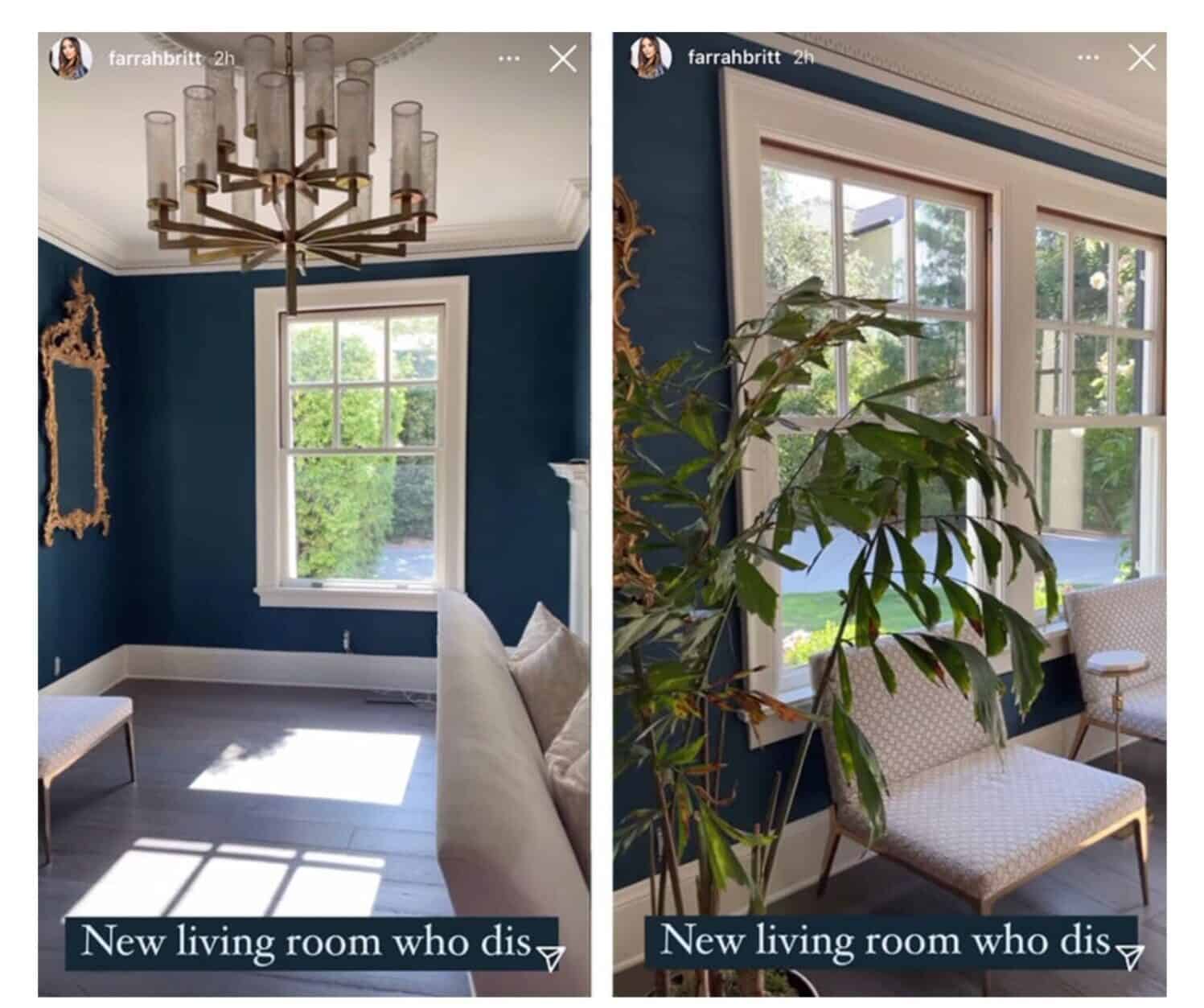 Meanwhile, Kyle recently revealed whether fans can expect to see Kim make an appearance in season 11. Since Kyle and Kim’s older sister, Kathy Hilton, joined the show, fans have been dying to see the dynamic between all three sisters together. But, unfortunately, Kyle said Kim did not film any episodes this season.

“We were filming during COVID and getting tested, and all that. [Kim] was very nervous,” she told Digital Spy on June 22. “She, like, didn’t even leave her house. She was one of those people that just didn’t leave their home, they were so scared.”

If fans recall, Kyle, Kathy, and Dorit Kemsley all tested positive for COVID-19 as they were filming and production had to shut down as a result. Therefore, though Kim had seemingly considered filming with the ladies, their diagnosis helped the former actress make her final decision. But Kyle hinted that Kim might be willing to film for season 12.

“And then of course, we got [COVID] and she was like, ‘See, nevermind’. I think next year, or God willing, we’ll see what happens going forward, but I think that’s very likely.”