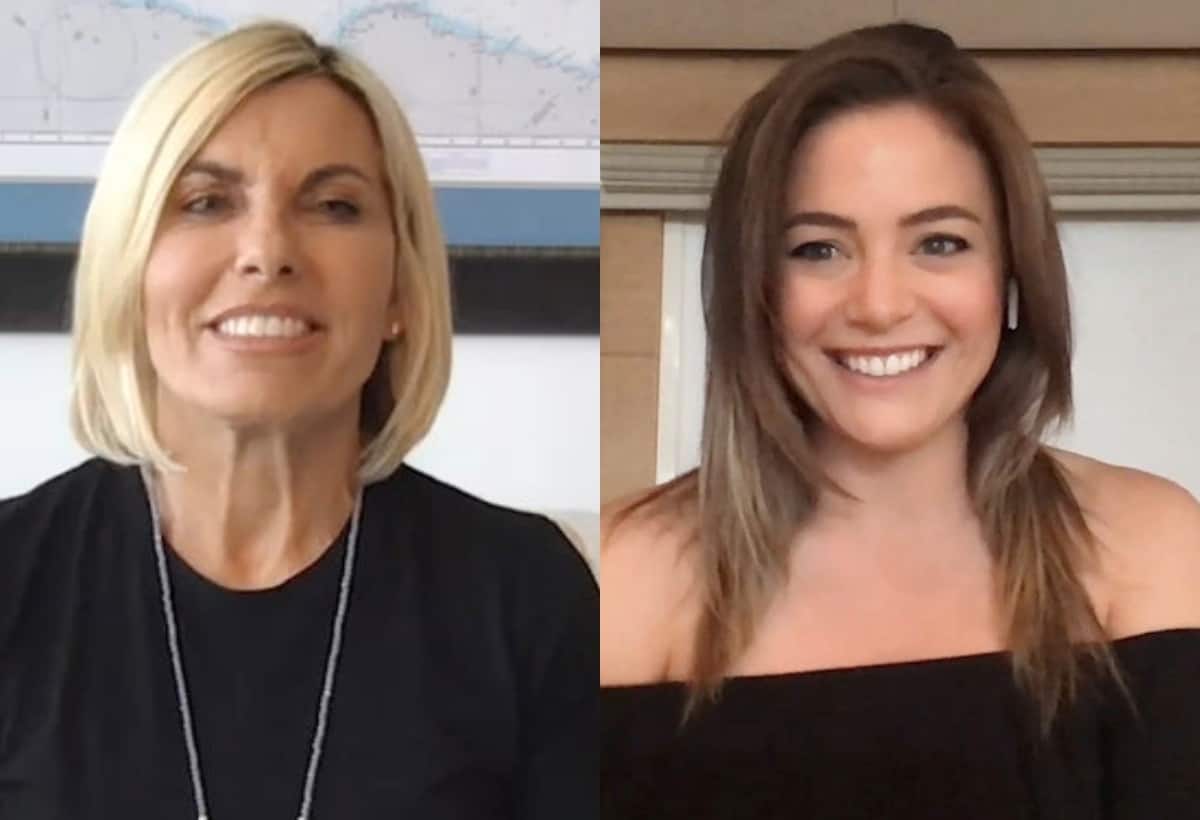 Captain Sandy Yawn says she really bonded with her new crew and discusses her blowup with Malia White while dishing on the upcoming season of Below Deck Mediterranean.

Ahead of the official season six premiere, Captain Sandy teased what fans can expect from the show, which she calls “completely different.” Though she admits some things took place that she had a difficult time navigating, she claims the crew was fantastic from the very beginning.

“My experience on this season was unlike any other season with the crew. [I’m] thrilled, and I had an amazing time as a captain,” she told Bravo’s The Daily Dish. “I gotta tell you, It just felt like a team from the start. But I’ll share this, some things happen, and it wasn’t easy for me to navigate.”

Of course, it was likely difficult to film amid the COVID-19 pandemic — which most fans are sick of hearing about —  but Sandy revealed how the scary situation actually added to the “energy” of the show.

Sandy also addressed the loud scolding she’s seen giving Malia in the season six trailer. If fans recall from the teaser, Sandy screams at her protégé after Malia seemingly fails to take responsibility for a crew member’s injury. She also fails to report the incident. Sandy admits she lost her temper a bit during the exchange, but she was apparently extremely disappointed in the bosun.

“You know, I always share this, leaders lead and sometimes they lose their temper, right? So, that’s in every position in leadership. You lose your temper,” she said. “When people don’t take responsibility, that’s what makes me angry. It’s like, just own it. And when you own it, I’m not gonna get mad ‘cause you’re owning your mistake. But when you try to push it off, that pisses me off.”

Also in the teaser, Malia is seen partying rather hard with the crew. But Sandy claims the 30-year-old just needed to blow off a little steam following her split from Chef Tom Checketts.

“You know, hey, Malia’s having fun. I think her experience with Tom, I really believe that affected her,” Sandy noted. “And at the same time, I think Malia’s always been focused on her career, which has always been a constant, no matter what’s going on in her personal life.”

Below Deck Mediterranean premieres Monday, June 28, at 9/8c on Bravo.