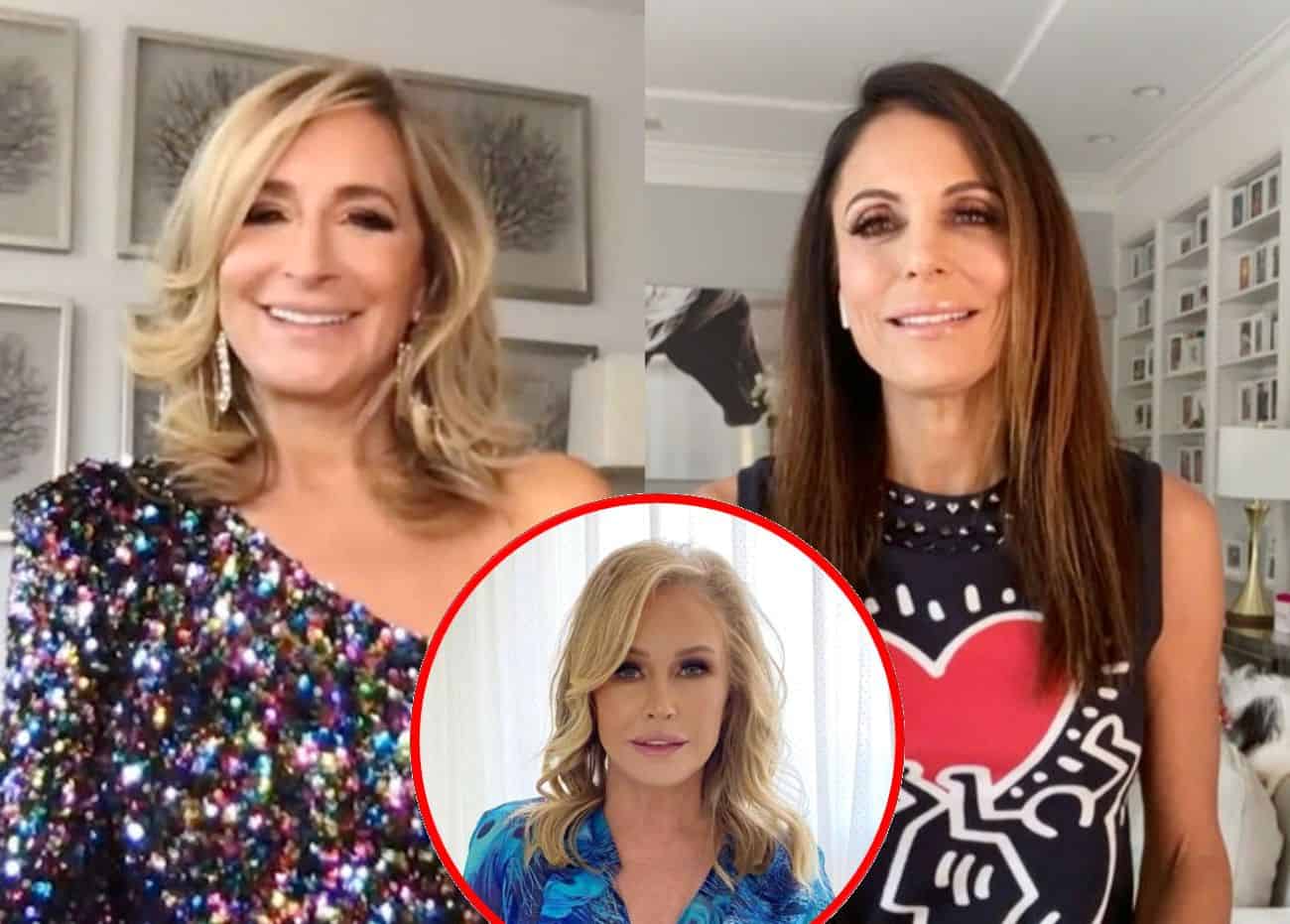 Sonja Morgan was asked for her thoughts on Bethenny Frankel‘s toaster oven during Tuesday’s episode of Watch What Happens Live.

“Listen, things get very complicated. When the show was airing, she was being fed a lot of [bullsh-t] from [Ramona Singer] and [Dorinda Medley]. I’m just going to put that out there,” Sonja explained on the June 29 episode of WWHL. “What’s important is that Bethenny and I got through that. We discussed it… She didn’t know I was an owner.”

“I don’t think [it’s a cheater brand],” she continued. “I think there’s plenty of room for her to do toasters, for me to do toasters when it’s right for me.”

Later, during the WWHL: After Show, Sonja was asked which of her RHONY cast members are the most genuine friends.

“I couldn’t be any closer than I am right now to [Luann de Lesseps] and Ramona. They’re like family. But I became very close with [Eboni K. Williams] because we were both raised by our grandmothers. We bonded over that and just being alone in the city,” she revealed, turning to fellow guest Leah McSweeney and adding that she is “very genuine” as well.

“We’ve been talking a lot lately,” Leah agreed. “I feel like I talk to you more than you talk to Ramona [and Luann]. You’ve known them longer. We’re talking all the time. It’s great.”

“Luann, when she’s not drinking, nobody else can drink. When she’s drinking, she tells me to drink,” Sonja shared.

Sonja then revealed that in addition to knowing The Real Housewives of Miami alum Lea Black “forever,” she also has an extensive history with Kathy.

“Kathy Hilton and I go way back when I was dating Prince Albert working on Princess Grace’s Foundation she was always there with the Hearst girl. So I know those two ladies, way back, way before I was married,” she stated.