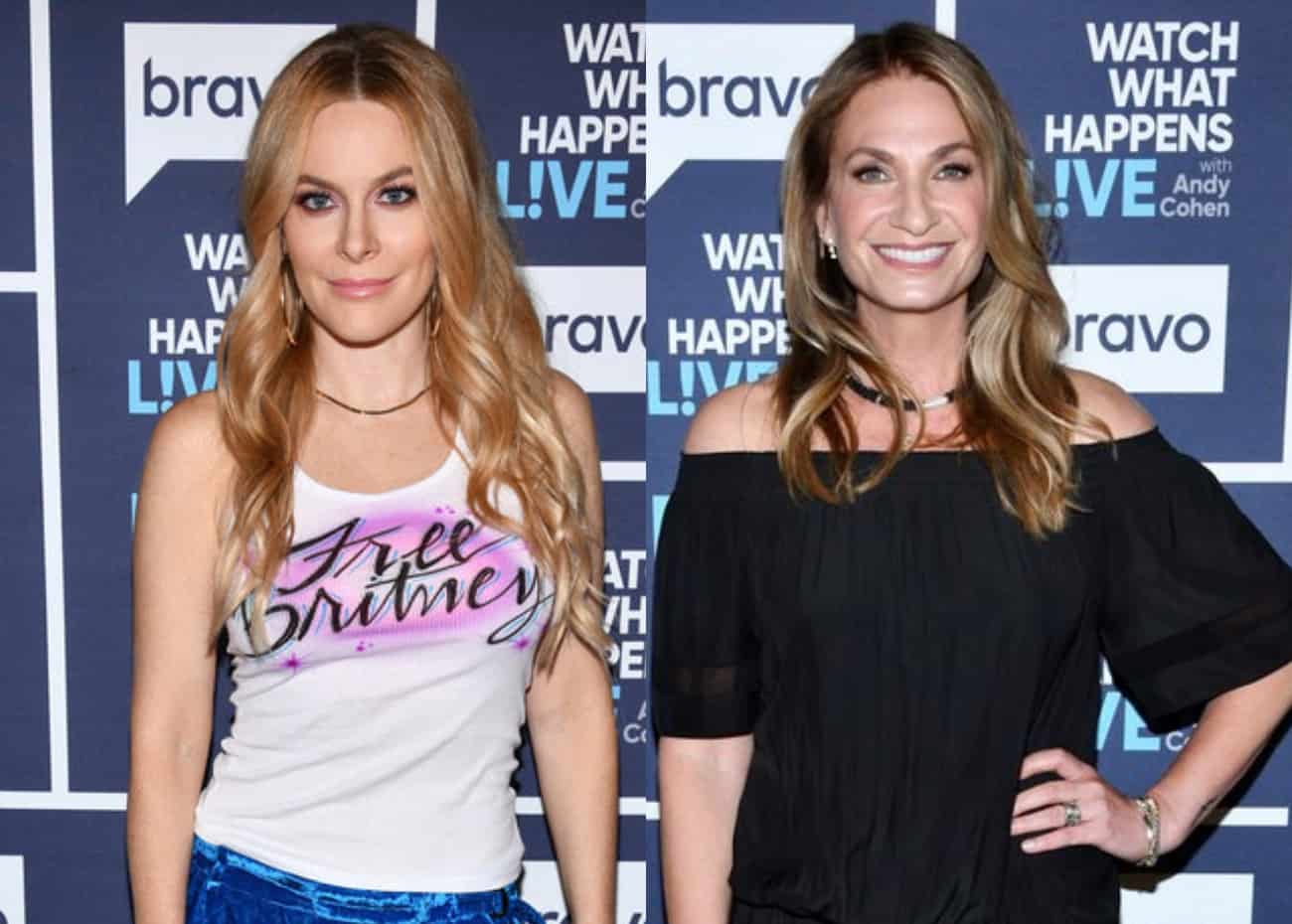 Leah McSweeney is taking some accountability by owning her part in her feud with Heather Thomson.

The Real Housewives of New York City star now admits that she was a bit tough on Heather after exploding on the Yummie founder during their cast trip to the Hamptons.

“I think I was definitely hard on her,” Leah confessed on the June 29 episode of Watch What Happens Live before explaining why she lashed out at Heather.

According to the Married to the Mob CEO, she exploded on Heather because she thought she had called her a “dumb b*tch.” But as it turns out, she misheard her former co-star as Heather only referred to her as a “b*tch,” which she only realized after watching the show back.

“I was like, ‘Oh, whoops!’” she laughed, adding they would have never been “besties” regardless.

Leah went on to say that she wasn’t exactly herself at the time due to her grandmother’s deteriorating health. And unfortunately, the star’s grandmother passed away shortly after the trip.

“I think that I was watching [the show] — I was like, ‘Wow. I’m really not being myself,’” she explained. “I obviously was, like, kind of taking things out on her.”

Nevertheless, Leah is still furious over Heather’s suggestion that she should have been by her grandmother’s bedside rather than filming in the Hamptons.

“What she did afterwards and saying that, like, I should have left to see my grandmother when she knows damn well I didn’t get to say bye to my grandmother was just a low that I would never go to,” she declared.

She added, “And also, I apologized to her! I did feel bad! I did DM her to also talk about it because then I found out she wasn’t going to be joining us for the election night party.”

Though Leah didn’t confirm whether she spoke with Heather following their blowup, she hinted that her attempts to reach out went unanswered.

As fans know, Heather — who returned as a “friend” for season 13 —  quit the show following the trip and later claimed she was “assaulted” by Leah.