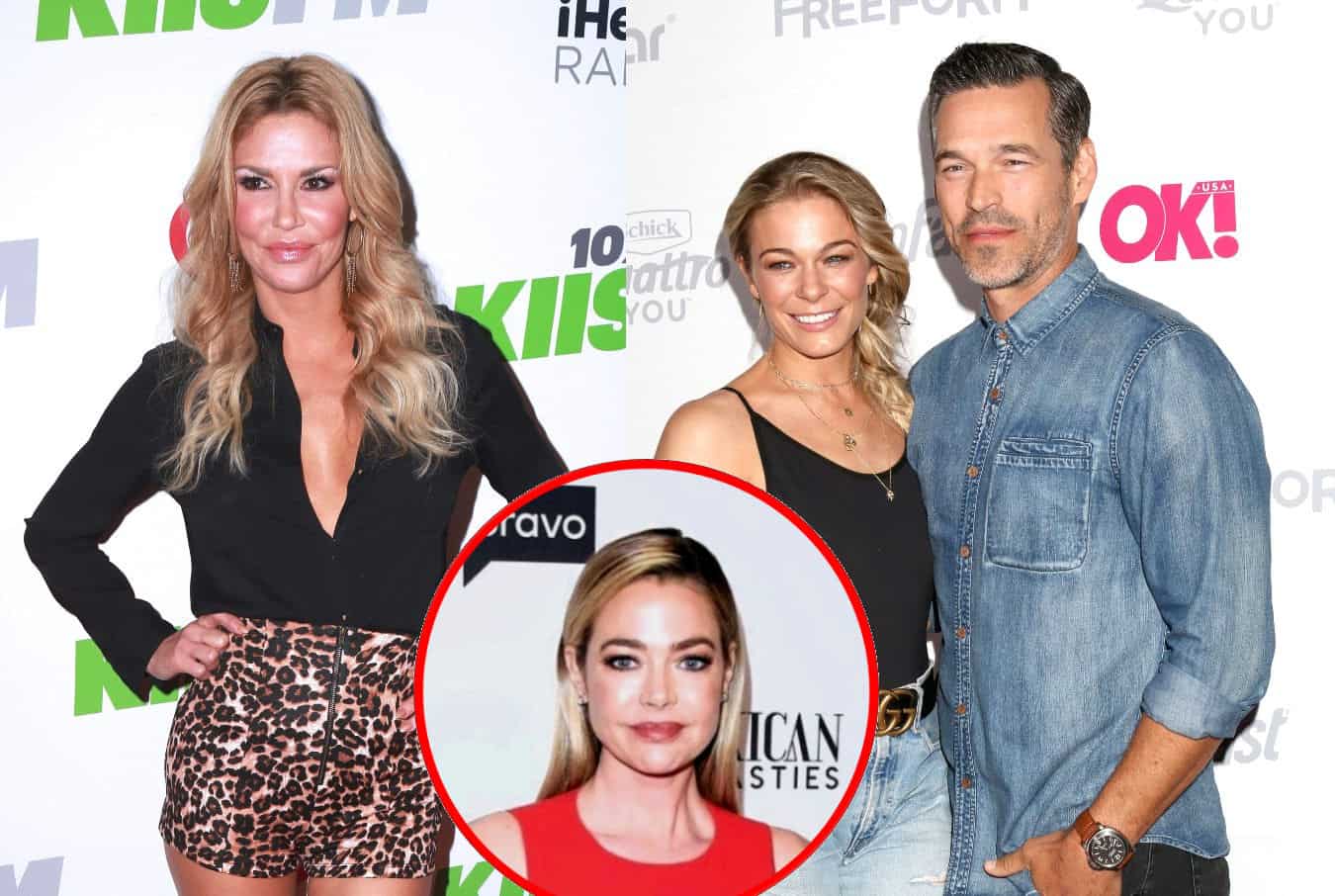 Brandi Glanville admits she wanted to murder LeAnn Rimes after she cheated with her then-husband, Eddie Cibrian.

The former Real Housewives of Beverly Hills star has always been brutally honest, but in a new op-ed, she took her candidness to another level as she revealed she once threatened to kill the “Blue” singer.

“One time, before they were married, I walked up to a soccer game and [Brandi and Eddie’s son] Jake, who was two, was sitting in her lap,” Brandi wrote for The Sun. “I had this rage in my body. I really wanted to kill her.”

“I walked over to her, grabbed Jake and I looked at her and said: ‘I will f*cking murder you,'” she continued.

The former reality star explained that she was not “coping well” at the time so she turned to alcohol.

“I was angry, I was drinking — Chardonnay was my crutch. I was so mad at Eddie for blowing up our life together,” she wrote.

Brandi and Eddie were married for eight years and together for 13, but things fell apart when Eddie met LeAnn on the set of a Lifetime movie, Northern Lights. LeAnn was also married at the time, so their steamy affair made headlines across the country for months.

Brandi also noted that she was out for revenge back then, claiming she even recorded a private conversation she had with Eddie, which she ultimately sent to LeAnn.

“One time I even recorded him saying how he loved me and that he didn’t love LeAnn — and I sent it to her,” she shared. “I wanted her to know what he was saying. I was out for revenge.”

Fortunately, Brandi has finally let go of all of that pent-up anger. Now, Brandi, Eddie, and LeAnn are able to co-parent in a healthy manner.

“These days, I love LeAnn … she’s great and we all hang out together,” the former model wrote. “I’ve forgiven her. We’re going to be around each other for ever because of the kids, so why not make the best of it?”

She added, “Eddie and I still squabble, but it’s like the three of us are doing the parenting — it’s nice to have a third person and [LeAnn’s] usually on my side.”

Though things have come full circle for their family since Eddie and LeAnn’s scandalous affair, Brandi says she will always struggle with “trust issues,” which is why she came forward about her alleged affair with Denise Richards.

“I don’t like cheaters and in this instance I felt like I was on the other side of things and that I was a cheater, because Denise has a husband, Aaron Phypers,” she explained. “Not telling anyone was eating me alive, so I just had to get it out so I could breathe. Now I’m over it and people need to get over it too.”

Brandi says she still regrets the way everything went down with the Wild Things actress, and she’s hoping they’re able to have a private conversation about it all one day.