Home Real Housewives of Beverly Hills News Kathy Hilton Addresses Fan Backlash Against Erika Jayne, Reveals What It Would Take for Kim Richards to Return to RHOBH, Plus Her Celebrity Crush!

Kathy Hilton Addresses Fan Backlash Against Erika Jayne, Reveals What It Would Take for Kim Richards to Return to RHOBH, Plus Her Celebrity Crush! 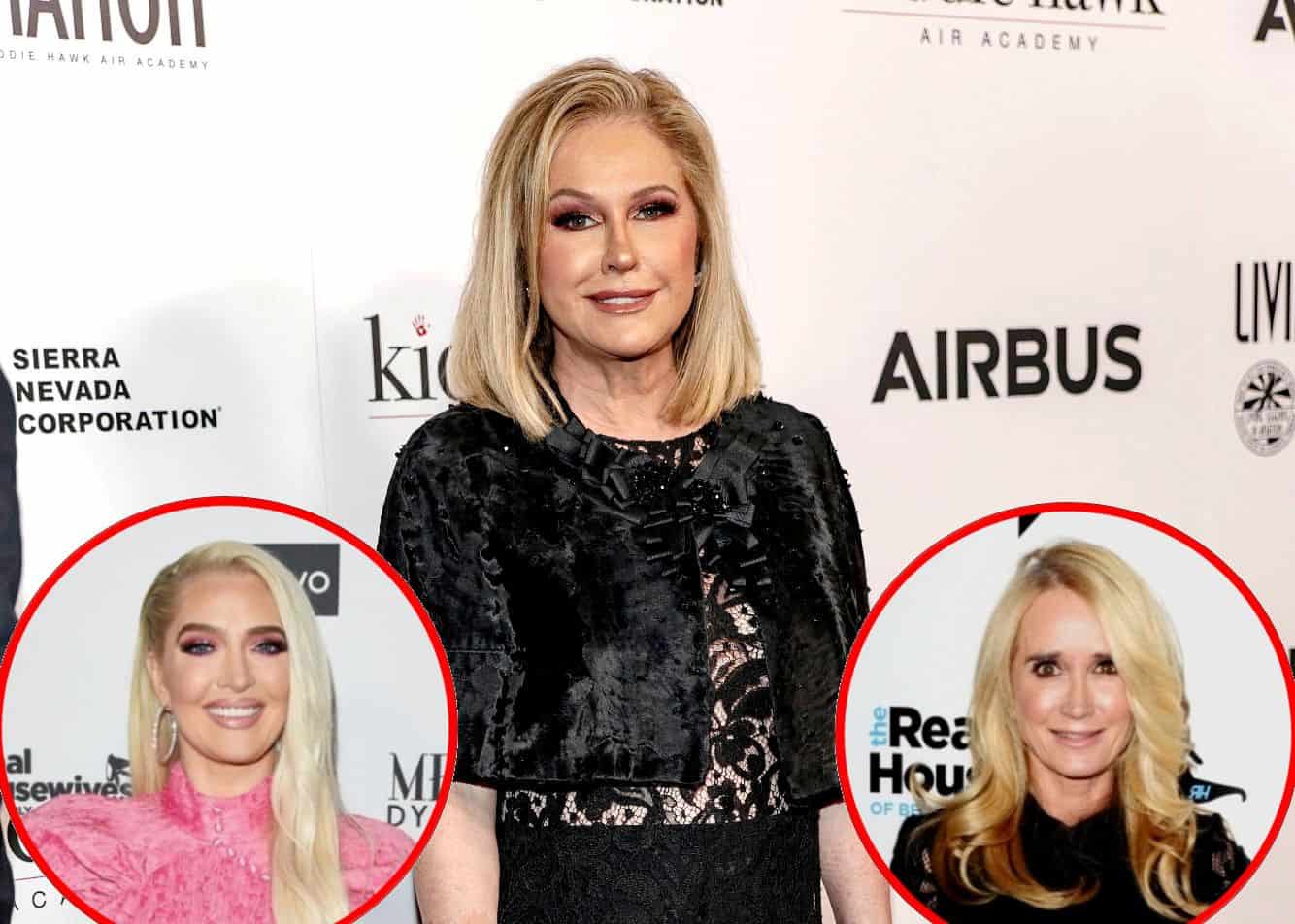 Kathy Hilton hints that Erika Jayne will eventually have to “show her cards” in court as she explains why she’s not judging her Real Housewives of Beverly Hills co-star and discusses sister Kim Richards joining the show. Plus, she reveals her celebrity crush!

While on a trip to Italy, Kathy and her friend Tina hopped on Instagram Live to take questions from fans. Of course, many wanted to know if she believes Erika is guilty amid her ongoing legal woes, including allegations that she helped estranged husband Thomas Girardi divert millions of dollars that he allegedly stole from his clients.

Though Kathy’s friend attempted to shut those questions down, Kathy butted in, stating, “You know what, let me just say one thing. I am a positive person and I will answer that.”

“I do not know the woman that well,” she continued on the Live. “She has been lovely to me, and I do feel that all of the negativity and everything that’s going on in the world, let’s give people [a break]. Everybody is due their day in court. And everybody at the end of the day — like I said before — life is a poker game, and at the end of the day, everybody has got to show their cards.”

The socialite went on to explain why she’s not judging the “XXpen$ive” singer before revealing that she used to be a bit of a mean girl.

Also during the Live, Kathy was asked if she could convince her sister Kim to return to the show. However, judging by Kathy’s response, it seems producers would have to approach Kim a certain way before she’d even consider a comeback.

“Honestly, Kim is not interested right now. We’ll see. If they approach her in a way that would be…” she said before trailing off and saying she “can’t complain” about her own Housewives experience.

After Kathy dropped quite a few celebrity names, she was asked about her celebrity crush, and that honor goes to none other than Andy Cohen.

“By the way, Andy Cohen is my gay crush,” she declared. “I think he’s very hot!”