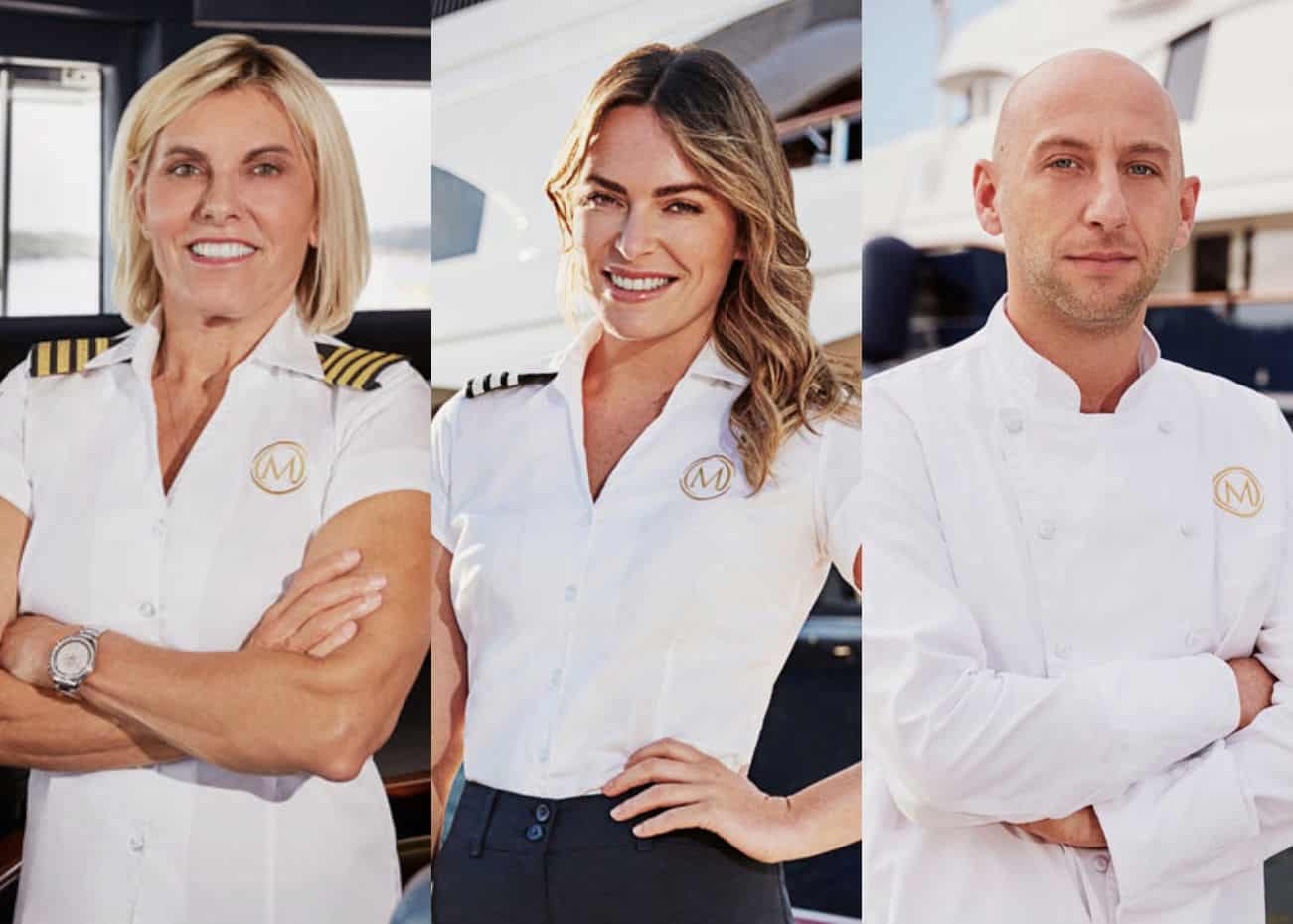 Following the Below Deck Mediterranean premiere, Captain Sandy and chief stew Katie stopped by the Bravo Clubhouse to discuss the new season. And of course, host Andy Cohen had a few shady questions for the stars after the dramatic first episode.

As fans likely recall from the premiere, Chef Mathew left the boat before the first charter guests even arrived after requesting an MRI on his injured knee. It was fairly evident that Sandy was annoyed with his inability to suck up the pain long enough to get through the first charter, and it seems she’s still rather annoyed with the chef judging by her response to Andy’s questions.

“Who’s the laziest [among the crew],” Andy asked during the June 28 Watch What Happens Live episode.

“The laziest? Wow, you know, the chef!” she snarked.

Then, when Katie was asked who causes the most “general drama,” she hinted at Chef Mathew by stating fans can make that decision on their own based on the premiere.

But it didn’t stop there as the women continued to pile on Mathew when asked who has the “biggest problem with authority” and who was the “biggest kiss-*ss.”

“The chef!” they stated while laughing.

It seems there’s clearly plenty of drama ahead involving Mathew, but they also dished on their other season six co-stars, including Mzi “Zee” Dempers, who Katie says “parties the hardest.”

As for the biggest boatmance drama, Captain Sandy said she only heard “rumblings” and didn’t know the answer to that question, but Katie sure did.

However, Katie didn’t reveal who he was involved with, and so far, it’s unclear who David may have struck up a romance with.

Meanwhile, according to Sandy, the coveted award for “guest favorite” goes to Katie Flood.