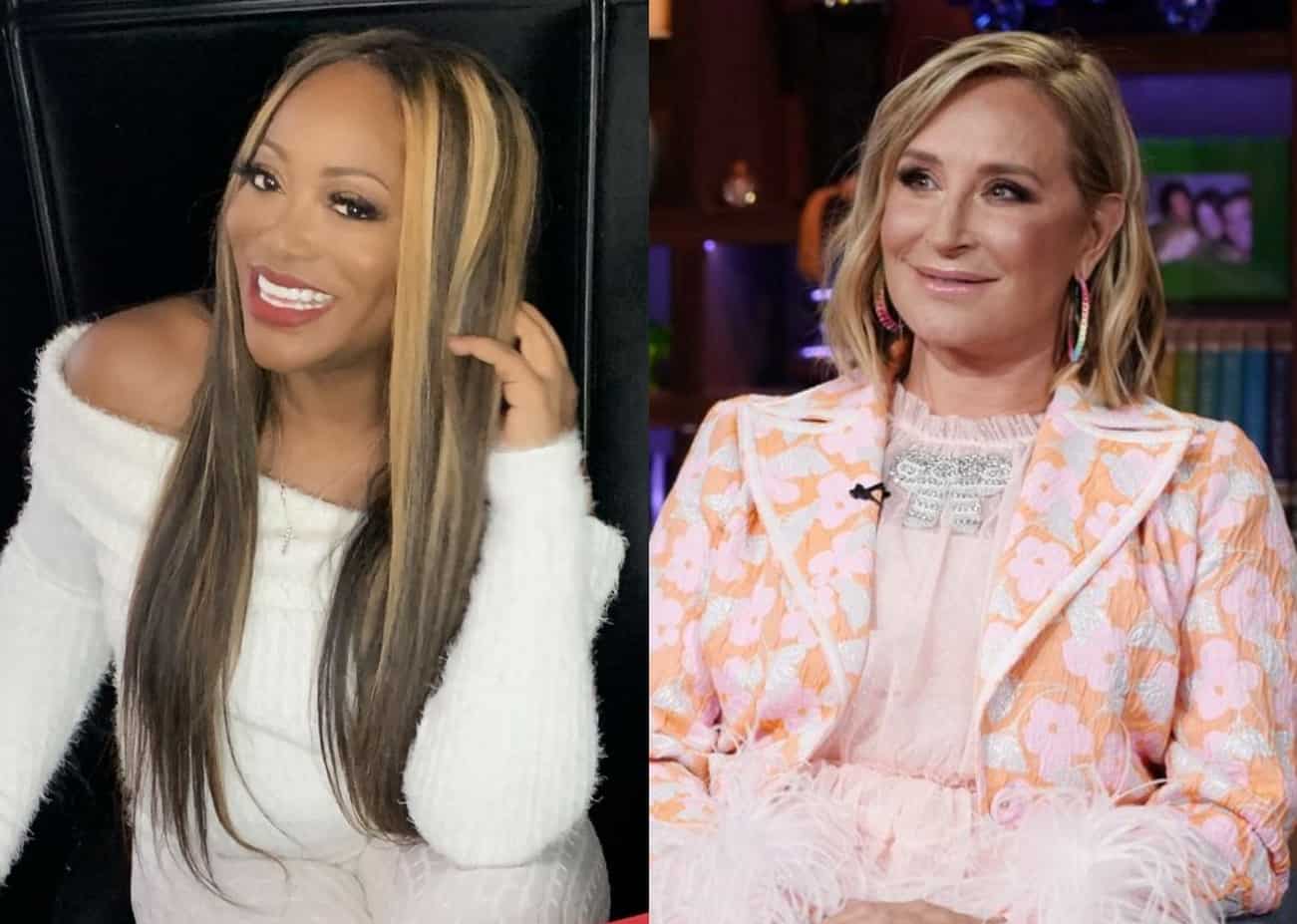 Bershan Shaw weighs in on Eboni K. Williams‘ attempt to educate Ramona Singer about race and offers her opinion on Ramona’s love life before sharing her thoughts on Sonja Morgan and teasing drama with the Real Housewives of New York City mainstay.

In a recent interview, Bershan was asked whether she believes Ramona’s reaction to Eboni’s attempt to talk race and politics was “fair,” and it seems Bershan has the OG’s back all the way even though she understands where Eboni is coming from.

“I respect Eboni because this is sort of her platform and her cause,” she said on Bravo’s The Daily Dish podcast. “But Ramona is like, ‘Enough! I feel like I’m in school, like, I’m not in the third grade!'”

“Ramona learns by example,” she continued. “She doesn’t want to hear it every single day, every minute of the day. She’ll be burned out. So, that’s what I say for that [situation]. Like, meet people where they are, and know your audience. You gotta know who you’re talking to.”

Since Bershan is a motivational speaker and a life coach, she was asked which co-stars could use her coaching the most, and she named Ramona and Sonja. As for the advice Bershan had for the 64-year-old, it all involved Ramona’s struggle to find the right type of man.

“I think Ramona goes on autopilot. She’s a great girl [and] she could find anyone. Her body is together,” she proclaimed. “But I think it’s always, ‘Oh, you gotta be this, you gotta have a yacht, you gotta have this or that.’ And I think that puts up a wall that divides her from a good guy.”

She added, “[Ramona] wants a guy that loves her, that cares for her, [and] that wants to hold her in his arms. People are like, ‘Oh, she’s tough, she’s a tough cookie.’ But deep down inside, she’s really not. She’s a little girl who wants love, who wants affection, who wants friendship. That’s really the deep part of Ramona.”

But when it comes to Sonja, Bershan seemingly believes the star is a bit insecure and needs to acknowledge her worth.

“Sonja just has to live up to her capabilities and what she is good at,” she said. “I feel like Sonja plays small and she’s smart as hell. She’s a go-getter; she does it her way. I don’t think she thinks she’s [great]. She’s bigger than what she thinks she is. She’s more amazing than she even puts on and knows. That’s how I feel about Sonja.”

Though Bershan’s able to gush over the clothing designer now, that doesn’t necessarily mean the pair have always seen eye-to-eye as she teased drama ahead with her co-star.

“It got a little bumpy with Sonja and I… a real bumpy road,” she quipped. “We went on a rollercoaster, a real rollercoaster, so [fans] really gotta stay tuned and watch ’cause it’s some good stuff.”