Naomie Olindo Calls Cheating Scandal “Embarrassing” and Vows to Never Take Metul Shah Back, But Southern Charm Alum Wants Fans to Be Kind to Ex, Plus Madison Shades Him? 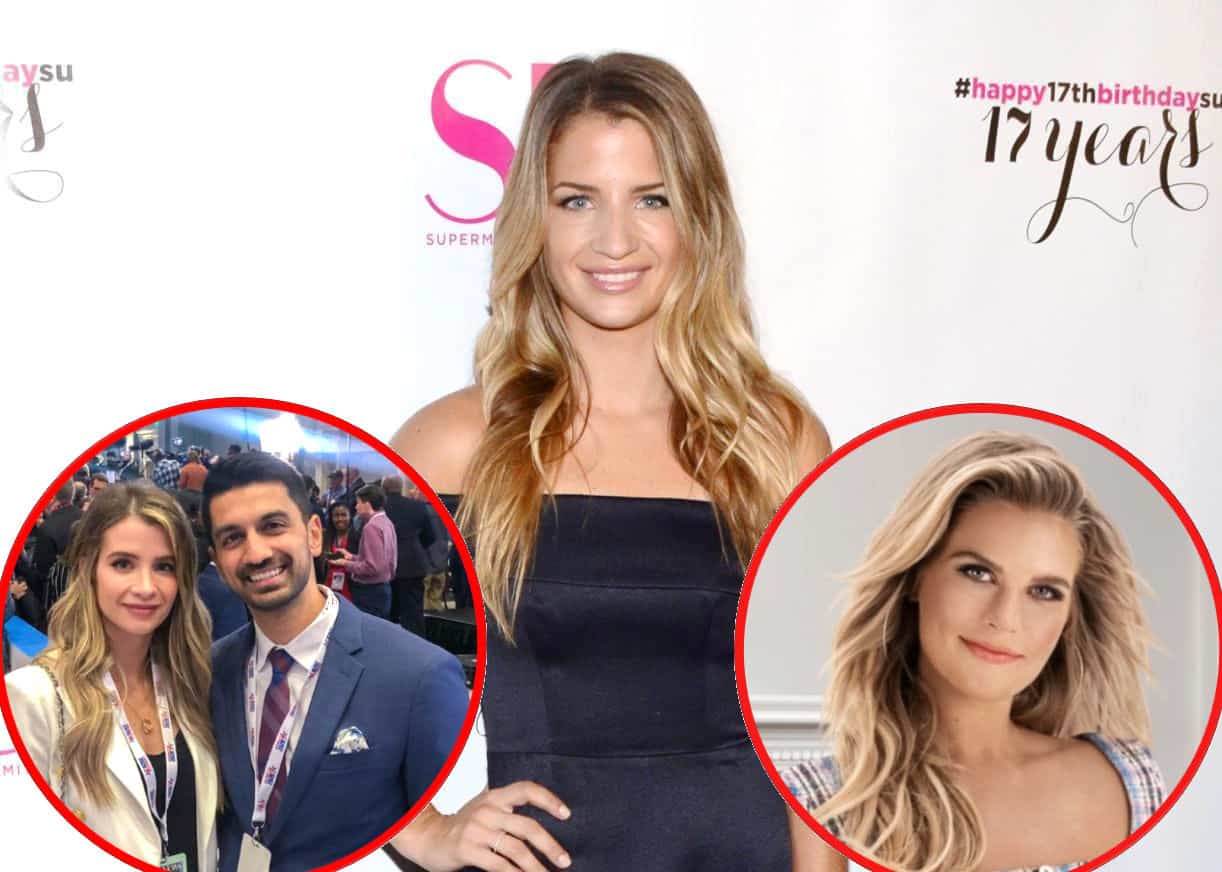 Earlier this week, the Southern Charm alum confirmed that she and Metul have split after three years of dating. Following the news, Naomie revealed that “betrayal” played a huge part in the demise of their relationship, and she also apologized to anyone who happened to come across any “terrible messages,” leaving fans outraged and curious. As a result, rumors began to surface and many began to slam Metul on social media.

Naomie took to her Instagram Story on July 13 to thank fans for their support while admitting she’s “embarrassed” by the situation. However, the former reality star is also asking for kindness and understanding for Metul’s sake.

“I am so thankful for all of the support you guys are giving me right now. Trust me I need it,” she captioned a photo of herself with several supportive friends on a bed, which was captured by Best of Bravo. “This is incredibly embarrassing and I feel so lost. I just ask that you please stop sending/saying hateful things to Metul. I have self respect and will not be getting back together with him, but he is also in a terrible place dealing with the consequences of his actions. Please don’t be mean, he is human and this situation is punishment enough.” 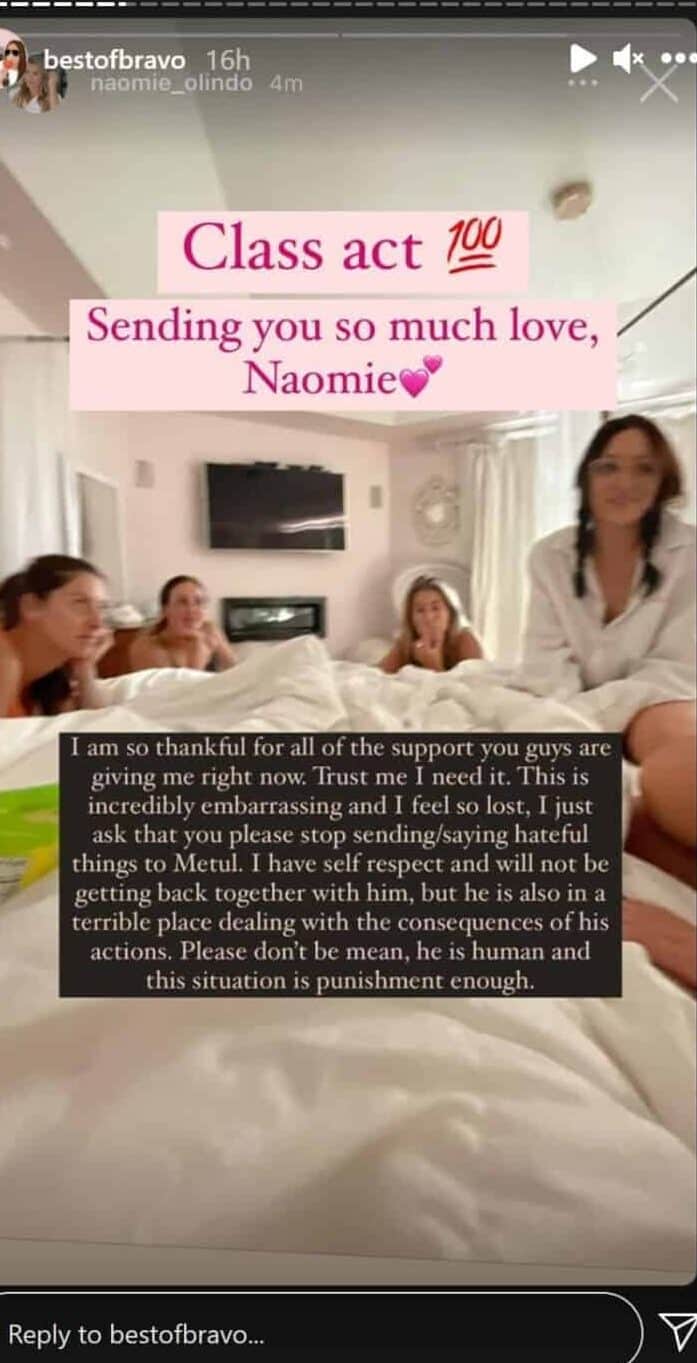 Though Metul is likely heartbroken over losing Naomie, according to an alleged insider close to the couple, he’s also missing more than just the brunette beauty.

“I know for a fact Naomi paid for EVERYTHING while he’s been in school. She bought him a new car, paid for the housing and everything. He’s truly a [piece of sh*t],” the person told Bravo and Cocktails on Instagram.

The insider added, “She bought him a Range Rover and he lived in her house. I think he’s ego intimidated her.”

Though it’s unclear where Madison LeCroy left a comment, she seemingly backed up that sentiment, writing, “I dug my key into the side of his pretty little souped-up four-wheel drive. (That he can’t afford).” 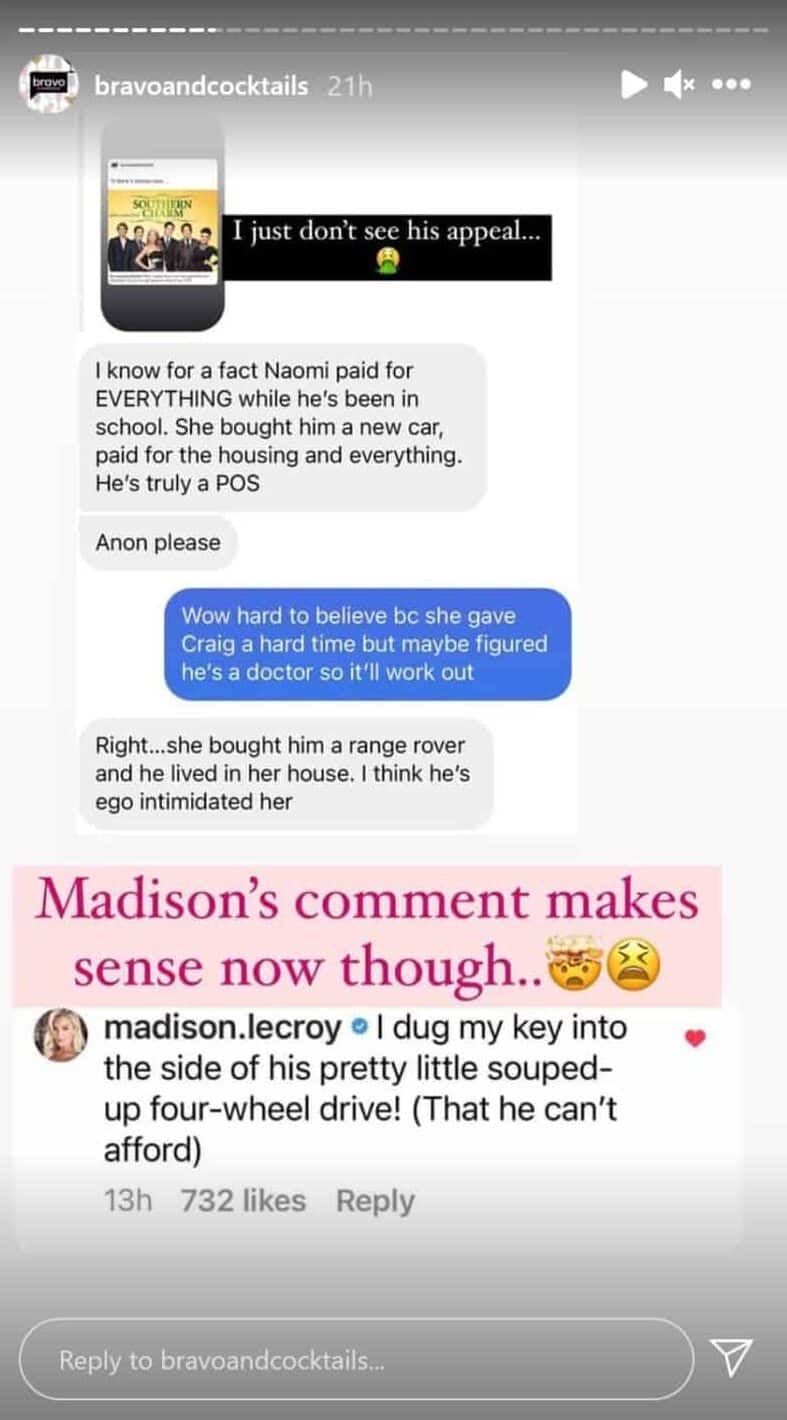 Prior to their breakup, the former couple had seemingly been planning a future together as they moved to New York City in order for Metul to attend medical school. It seems Naomie did not see the split coming judging by the heartfelt message she shared hours after their breakup was confirmed.

“Nothing will be worse than losing my dad but this is a close second. Betrayal is never easy for anyone and I’m just so sorry to anyone else that has stumbled across those terrible messages,” she wrote. “I’m absolutely positive I will regret posting this tomorrow but so many of you have reached out saying you’re feeling a similar pain. I’m so so sorry.”