Home Below Deck Mediterranean Lexi Wilson Claims Malia White Comforted Her to Boost Reputation on Below Deck Med, Tells Fans to Stop Being “Gullible” as Malia Addresses Drama With Costar

Lexi Wilson Claims Malia White Comforted Her to Boost Reputation on Below Deck Med, Tells Fans to Stop Being “Gullible” as Malia Addresses Drama With Costar 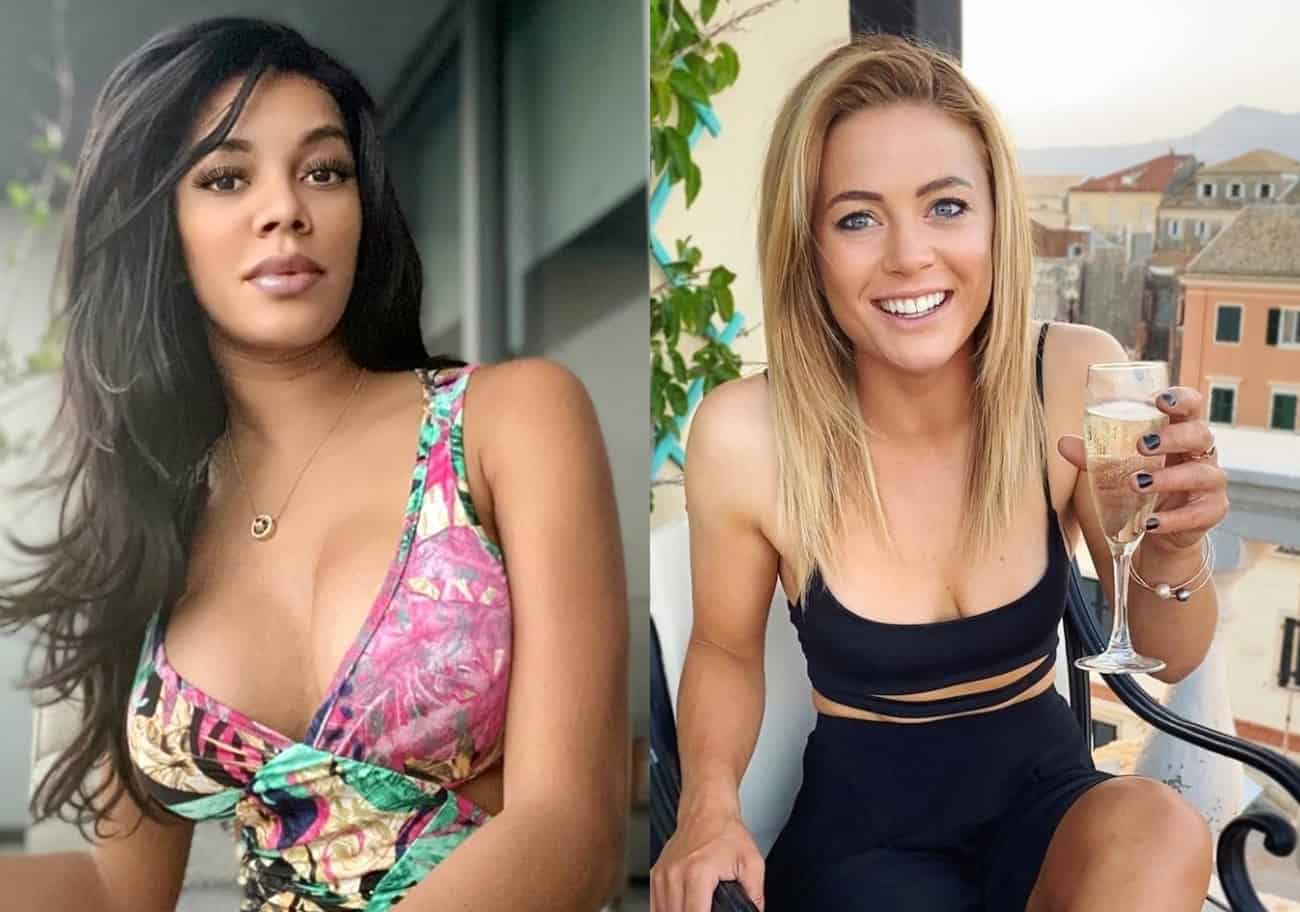 Below Deck Mediterranean‘s Lexi Wilson claims Malia White pretended to care about her for “damage control” as Malia admits she’s hoping to show a softer side of herself this season.

On a recent episode, fans watched as Malia tried to comfort Lexi after the third stew revealed her father had recently passed away. The scene seemed rather genuine, but apparently, Lexi doesn’t feel the same as she took to Instagram to accuse her co-star of having an ulterior motive.

The former pageant queen also shared, “Everything is not always as it seems, don’t be gullible and believe everything you hear or see! Especially when it comes to radio, YouTube, social media, perfect relationships, and definitely television.” 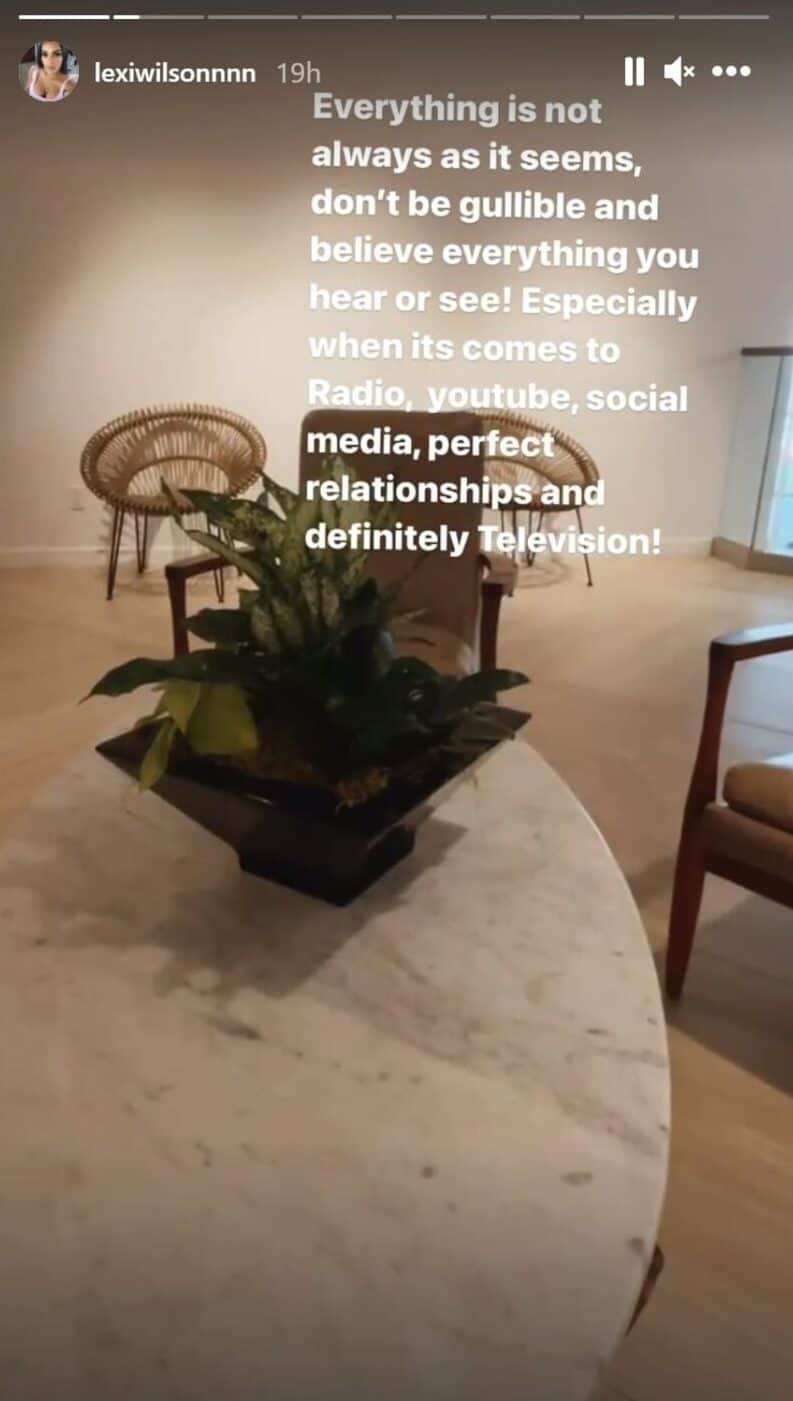 As fans well know, it is true that Malia has received a great deal of backlash for seemingly snitching on former chief stew Hannah Ferrier for having drugs on board in season five. Furthermore, Malia even admitted that she’s hoping to show a different side of herself this season after one fan claimed she initially “misjudged” the bosun before praising her for comforting Lexi.

“Ahhh Malia 100 [percent] misjudged you,” the person commented on the post that Malia shared to promote the episode. “Past seasons were hard to watch and cringeworthy. This season though I have loved watching you. I love how professional you’re with your crew, the way you are teaching [Mzi “Zee” Dempers] with leadership, patience, and understanding, the way you comforted Lexi about her dad, and how fun you are this season. You have definitely become my favorite to watch. You are a beautiful human.”

“Thank you for this!” Malia responded. “Last season was a learning curve and it’s nice to get the chance to show another side of me.” 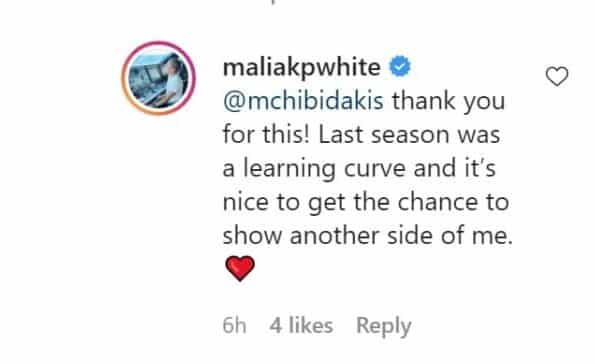 Meanwhile, Malia also addressed the wild drama that went down between her and Lexi at the end of the July 19 episode. If fans recall, Lexi seemingly reached her boiling point and lashed out at the majority of her co-stars, especially the bosun.

After a fan asked the star if she believes she should have done more to de-escalate the situation, she said she did her best in the moment.

“Of course we always wish we did things a bit different in hindsight especially when alcohol is involved! But I do think I tried to de-escalate things a few times,” she replied. 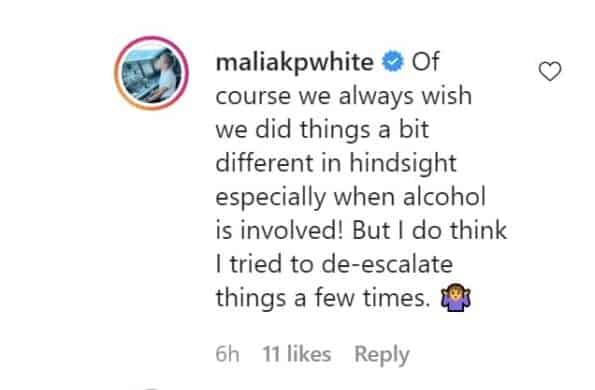