Ronald Richards is revealing why Thomas Girardi and Erika Jayne‘s Pasadena mansion has not yet sold.

Less than three months after the property, which has been frequently seen on The Real Housewives of Beverly Hills, was listed for $13 million, the attorney is opening up about the legal issues involved while also confirming whether Thomas still lives at the residence and discussing the possibility of purchasing the home.

“The [Thomas Girardi] house has about $6,000,000 in lender liens, not including judgments. We are going to propose to pay off the liens, subject to a six month redemption by the Estate. [Thomas] needs to go. This is what is keeping the ‘scam’ alive. It is hard to market it like this,” Ronald explained on July 25 of the problems standing in the way of the home’s sale.

Following the tweet, one woman wanted to know, “Is he still living in the house?”

“Of course he is,” Ronald replied. 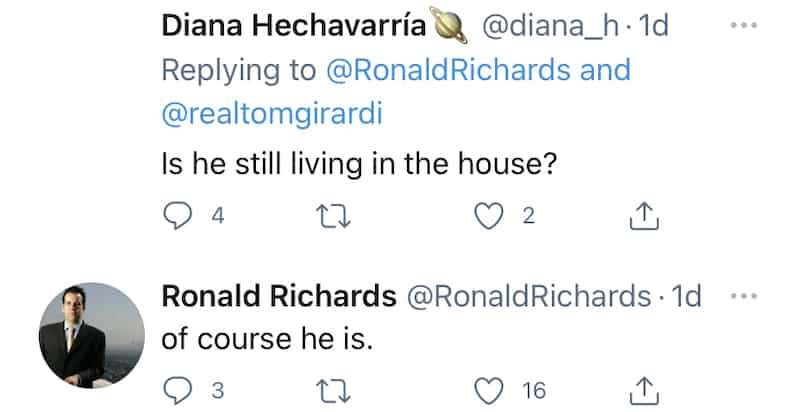 While Thomas is allowed to remain in the mansion until it sells, Ronald said there were plenty of options for him elsewhere in the area, including senior care communities and assisted living facilities.

“If the government is not going to end this hypocrisy of having an undisputed former attorney who diverted client money live in his mansion while there are thousands without money, we are going to something about it. Here are some options for [Thomas],” Ronald wrote, along with a screenshot of centers in Pasadena. 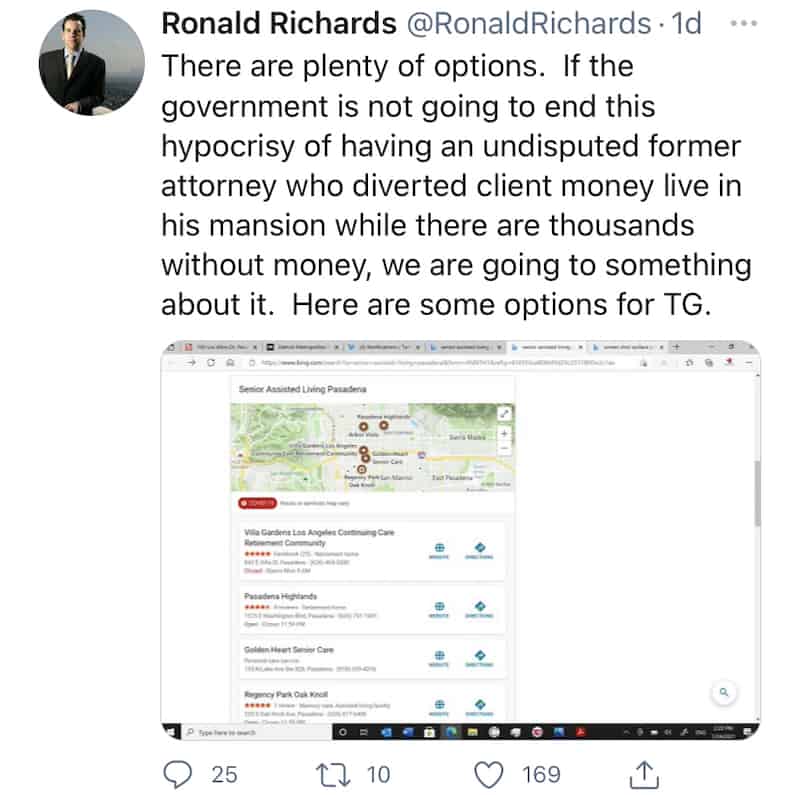 As RHOBH fans may recall, the price of Thomas’ home was first dropped to $11.5 million in June. And, according to Ronald, if the price continues to drop, he and his team are going to try and buy it.

“If the price gets any lower, we are going to arrange to purchase it, subject to the existing liens, and take certain depositions there in certain cases,” he confirmed. “One in particular comes to mind, and we will invite all of the victims and followers to attend.” 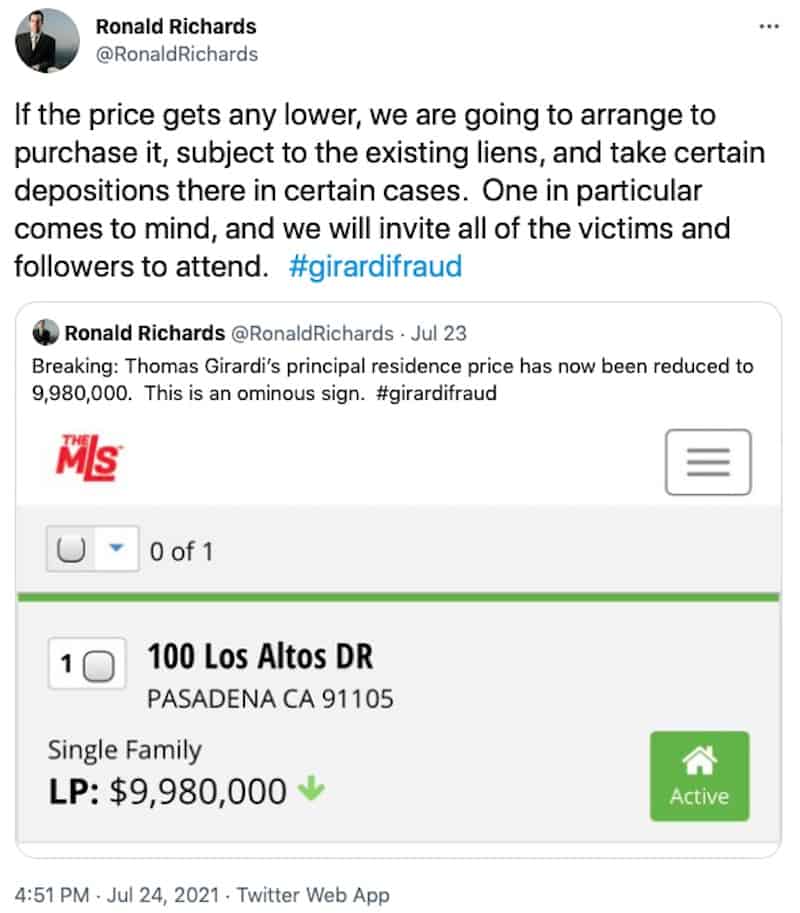