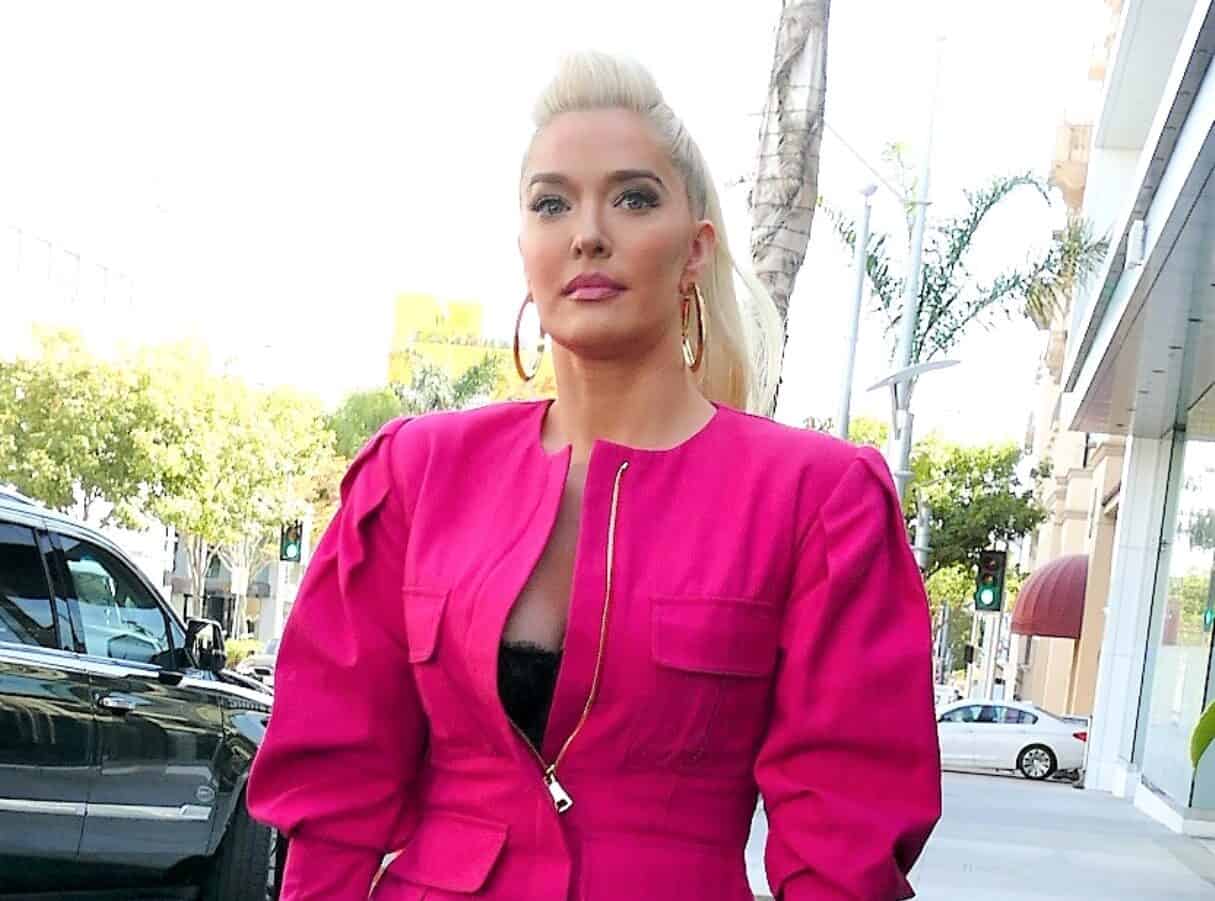 Two attorneys weigh in on Erika Jayne and Thomas Girardi‘s legal debacle, and one explains why Erika shouldn’t be so willing to discuss the drama on the Real Housewives of Beverly Hills.

Though not everyone is buying Erika’s story, one has to admit she’s been a lot more open about her private life in season 11 than in previous years.  After being labeled an “Ice Queen” not long after she joined the show in season six, she’s tried to maintain that persona ever since, but due to her current circumstances, she’s had to spill some private information.

Erika admittedly filed for divorce from her 82-year-old husband on election day in hopes of keeping the split out of the headlines. Obviously, that didn’t work. Then, just a few weeks later the first lawsuit dropped, and Thomas was accused of stealing millions of dollars from the families of plane crash victims in order to support his and Erika’s lavish lifestyle. Furthermore, attorneys for the victims allege that their divorce is a “sham” in order to hide assets, which Erika recently denied on the show while discussing her “painful” divorce.

“Divorce is very painful, and then having it called a sham is even more painful,” she explained during a confessional.

According to a civil bankruptcy attorney, Zev Shechtman, even though Erika may have filed for divorce for legitimate reasons, that doesn’t necessarily mean it’s not a “sham.”

“There can be a completely legitimate divorce where people hate each other and don’t want to be married, where they also use the divorce proceeding as a mechanism to transfer assets inappropriately,” he told Variety on July 28. “I think the two things can be true. She can want to be divorced from him for obvious reasons. And there could be sham transactions — or ‘avoidable transactions,’ to use the legal term.”

“The term ‘sham’ is used to refer to $25 million-plus in transactions that ostensibly largely occurred during the marriage,” Zev continued. “The present-day divorce may be real. But that doesn’t cure the ‘shams’ of the past.”

Erika has received a great deal of backlash from viewers for not showing any remorse for Thomas’ alleged victims. But according to a former federal prosecutor, Michael Freedman, it might be unwise of her to do so.

Though the “Pretty Mess” singer may feel the urge to speak about the ordeal with her co-stars or address the alleged victims, Michael would advise her against it if he was representing her.

“Even if you want to rush to apologize to the victims and distance yourself from whatever was going on, you don’t know if you’re going to be investigated and you could be — at least publicly, anecdotally — seen as admitting to being involved.”

Michael went on to say that it’s possible Thomas could eventually be charged criminally, but since he’s no longer able to practice law, prosecutors may decide that the victims getting their money back is more important.

As for whether Erika could be criminally charged, Michael explained that accepting stolen money doesn’t necessarily constitute a crime, especially if she didn’t “know that it was stolen.”

Still, Michael added, “She’s got to be careful, because she’s close enough that she could still get herself in more trouble. But I do think she’s probably just going to suffer through this for a long time.”

Regardless of whether any criminal charges are filed, the attorney said Erika would be dealing with the legal mess for a very long time.

“What’s in store in the years to come? I think it’ll be fully miserable,” Michael explained. “It’s just going to be endless subpoenas and requests and lawyers. And that can be very draining financially and emotionally.”

For now, Michael believes the reality star should try to “lay low,” but it’s very unlikely that will happen considering the nature of her career.

“There’s a lot of reasons why you want to lay low,” he said. “You’ve got to proceed very, very carefully. And being on a huge TV show seems the opposite of that.”