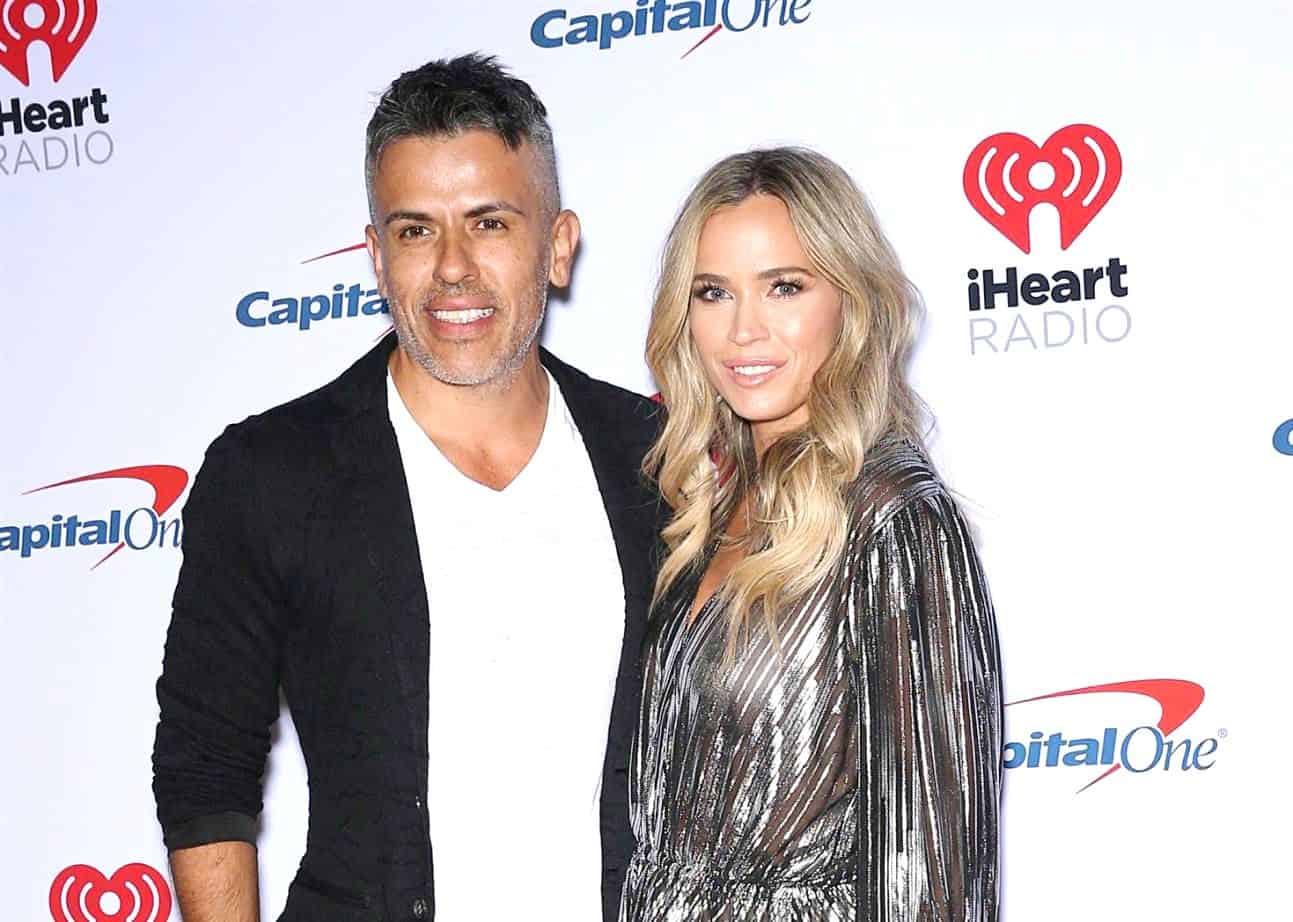 Teddi Mellencamp is opening up about her COVID-19 diagnosis, which she contracted from her husband, Edwin Arroyave.

The Real Housewives of Beverly Hills alum detailed her and Edwin’s very different experiences with the deadly virus earlier this week. Teddi, who is fully vaccinated, revealed that Edwin chose not to receive the recommended shot, which he now deeply regrets.

“I was vaccinated and my husband was not, which he has since realized what a big mistake that was,” she shared on the August 2 episode of her podcast, Teddi Tea Pod, per the Daily Mail.

The All In founder revealed that she was sick for approximately six days while Edwin suffered through “more serious” symptoms for a total of 15 days. According to the former reality star, Edwin tested positive first and began quarantining, but not long after, she “ended up testing positive.”

Of course, the couple had an “extremely difficult” time separating from their three children, Slate, 8, Cruz, 6, and Dove, 1, but it was imperative, especially since Slate suffers from an autoimmune disease.

As for their symptoms, Teddi said Edwin was “super weak,” and she experienced severe vertigo, which has yet to subside. If fans recall, vertigo is what caused the nasty fall she suffered just last week, leaving her with a busted lip and a bruised face.

“Edwin, he was super weak, and it was so many different things and it really was a great reminder how important it is, you know, to get vaccinated,” she explained. “I would feel like I was laying on a water bed and then when I’d get up I’d feel dizzy. And it kind of lingered with me, even post-COVID, and it had been continuing to happen.”

Teddi also shared photos of her and Edwin at the height of their battle with the virus via Instagram after fans reached out to her with questions.

“After I said in my [Instagram Story] I previously had Covid you guys have been asking me questions. Make sure you check out today’s [podcast] for answers about how I dealt with it, how it affected my vertigo, why Edwin regretted not getting vaxxed (and how grateful I was to be vaxxed) and other common questions,” she wrote in the caption of the post.

Unfortunately for Teddi, this was actually her second round with the virus as she revealed she had COVID “a while back” as well, which she kept quiet at the time so she could focus solely on her health.

Not only is it fairly rare to catch the virus twice in such a short amount of time, but it’s also rare to contract COVID after receiving the vaccine. According to the CDC, only 10,262 of at least 133 million vaccinated Americans have gone on to contract the disease, which translates to less than a 0.01 percent chance.

Thankfully, Teddi and Edwin are seemingly expecting to make a full recovery.

Meanwhile, she’s expected to appear on an upcoming episode of The Real Housewives of Beverly Hills, which airs Wednesday nights on Bravo at 8/7c.