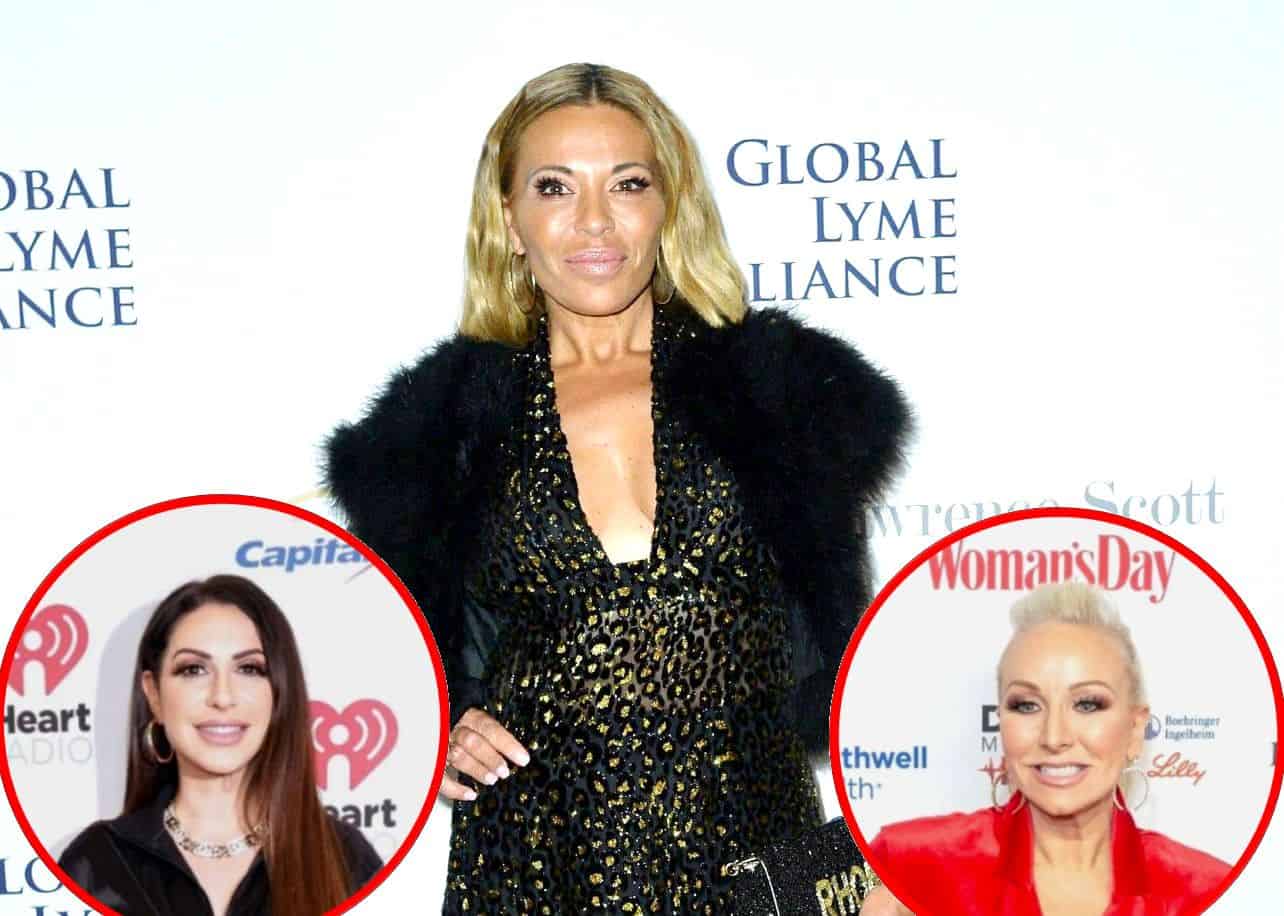 Dolores Catania confirms that some major drama is currently going down in the Garden State as the women continue to film season 12 of the Real Housewives of New Jersey.

Following recent reports that Jennifer Aydin and Margaret Josephs are feuding over a rumor about a years-old affair, Dolores teased what fans can expect from the upcoming season.

“There’s no storyline, like, ‘Oh I saw that coming,'” she continued. “Once again I’m gonna say we’ve already topped last year… which is hard to do. And every year on this show, I’m like, ‘How are we gonna beat [last] year?’ And the pressure is on.”

As for how the ladies are able to top their drama from previous seasons, Dolores said things simply “work out” for her and her castmates because they’re truly “authentic.” And although Dolores hinted that season 12 is going to be extremely messy, the 50-year-old is incredibly “proud” of what she and her co-stars have filmed thus far.

Speaking of filming, she revealed she was on her way to meet up with her co-stars before hinting that it wasn’t going to be a pleasant encounter.

Then, after host Derek Z laughed, she sternly declared, “I’m not kidding.”

She added, “I’m on my way to a scene that is going to be God knows what.”

Dolores’ interview comes after it was reported that a heated exchange occurred between two particular cast members when one of the two mentioned an affair the other’s husband had around 10 years ago. Furthermore, the report also seemingly hinted that Margaret was “doused” with wine.

“A certain Jersey housewife who became famous for wearing pig tails but now mostly wears wigs and fake extensions got doused with a glass of rose over the weekend when she took things too far with another wife she is trying to ice out of the group,” the Deux Moi report alleged.

The Real Housewives of New Jersey season 12 is expected to premiere on Bravo late this year or early next year.