Home Below Deck Mediterranean Below Deck Producer on Why Show Almost Got Canceled, Credits Captain Sandy Yawn for Success, and Discusses Casting Process

Below Deck Producer on Why Show Almost Got Canceled, Credits Captain Sandy Yawn for Success, and Discusses Casting Process 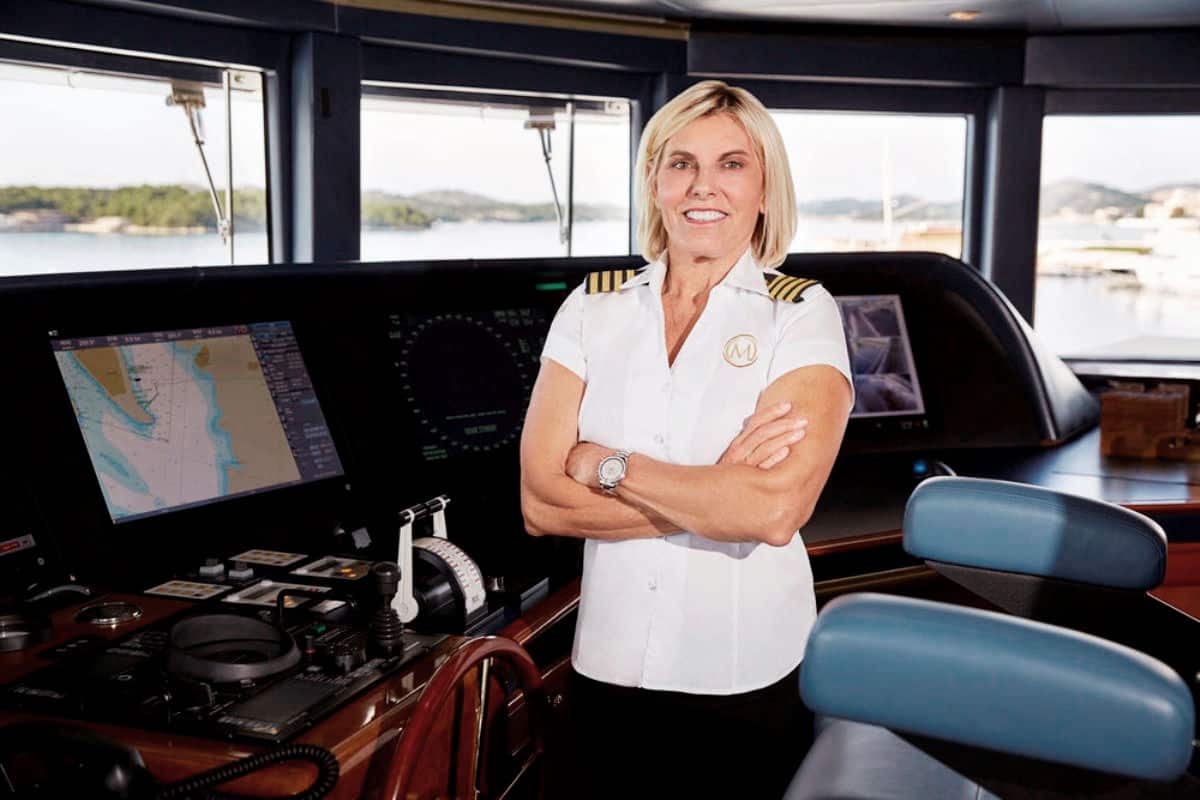 A Below Deck Mediterranean executive producer is dishing on the origins of the series while crediting Captain Sandy Yawn for the show’s massive success and revealing how the casting process works.

In a new interview, executive producer Nadine Rajabi, who also produces Below Deck, admitted the show was almost canceled following the first season because it simply wasn’t picking up enough steam.

“I have a background in standup and a standup friend of mine and [I were] having lunch and we were in post in season one,” she began on the Melissa Rivers’ Group Text podcast per Showbiz Cheat Sheet. “We were still trying to figure out Med, it was like the ‘Little Engine that Could.’ Nobody was talking about Below Deck. I was working on Below Deck and Below Deck Med, trying to launch Med. Like nobody cared. It was like a little boat show on Bravo.“

She added, “People were watching, but it was ‘the boat show.’ The network even reconsidered the series entirely, wondering if they made a mistake by buying Below Deck Med.”

If fans recall season one of the show, Captain Mark Howard was in charge and Hannah Ferrier served as the chief stew. And though Chef Ben Robinson, who had previously starred on Below Deck, was also on board, the show just didn’t take off.

However, according to Nadine, that little lunch with her comedian friend ultimately changed everything after her pal mentioned a certain female captain named Sandy.

“This comedian friend of mine goes, ‘I know a captain, a female captain,’” she recalled. “I’m like, ‘Oh really, is she a superyacht captain?’ She goes, ‘Yeah.’”

“I didn’t think twice about it, I thought my friend was full of sh*t,” she continued. “And then two days later I go home and Google Captain Sandy and was like ‘Oh my God, this woman has an award for being chased by pirates in the Red Sea!’ She’s the real deal! So right away I text the network, ‘You guys gotta see this woman!’ This was right when Hillary [Clinton] was about to run for President. It was before [Donald] Trump. This was huge female empowerment. It was a big, big deal of having a female captain. And no disservice to our first captain but there was something so special about Sandy, just reading about her and all the things she had done.”

Although it seemingly took a little convincing, Sandy obviously agreed to join, and Nadine now refers to her as the “face of the series.”

As for the other crew members who are cast on the show, Nadine said she personally looks for people who are witty or have a decent sense of humor.

“I personally love humor,” she revealed. “Because I have a comedy background. So are they funny? No matter what, are they funny? Are there layers? Are they interesting? I don’t like somebody that just wants to be there to be on TV.”

Nevertheless, producers must also check resumes and make sure those who are interested in the job actually have the necessary experience. But, that doesn’t mean that some people don’t lie on their resume.