Home Below Deck Mediterranean Captain Sandy Refutes Hannah Ferrier’s Claim She Wanted Her Fired From Below Deck Med, Reveals Where She Stands With Malia White After Outing Her on Cameo And Talks Working With Crew

Captain Sandy Refutes Hannah Ferrier’s Claim She Wanted Her Fired From Below Deck Med, Reveals Where She Stands With Malia White After Outing Her on Cameo And Talks Working With Crew

by Emily Campbell May 4, 2021 90 comments
ShareTweetWhatsappPinterestRedditTumblrMailFlipboard 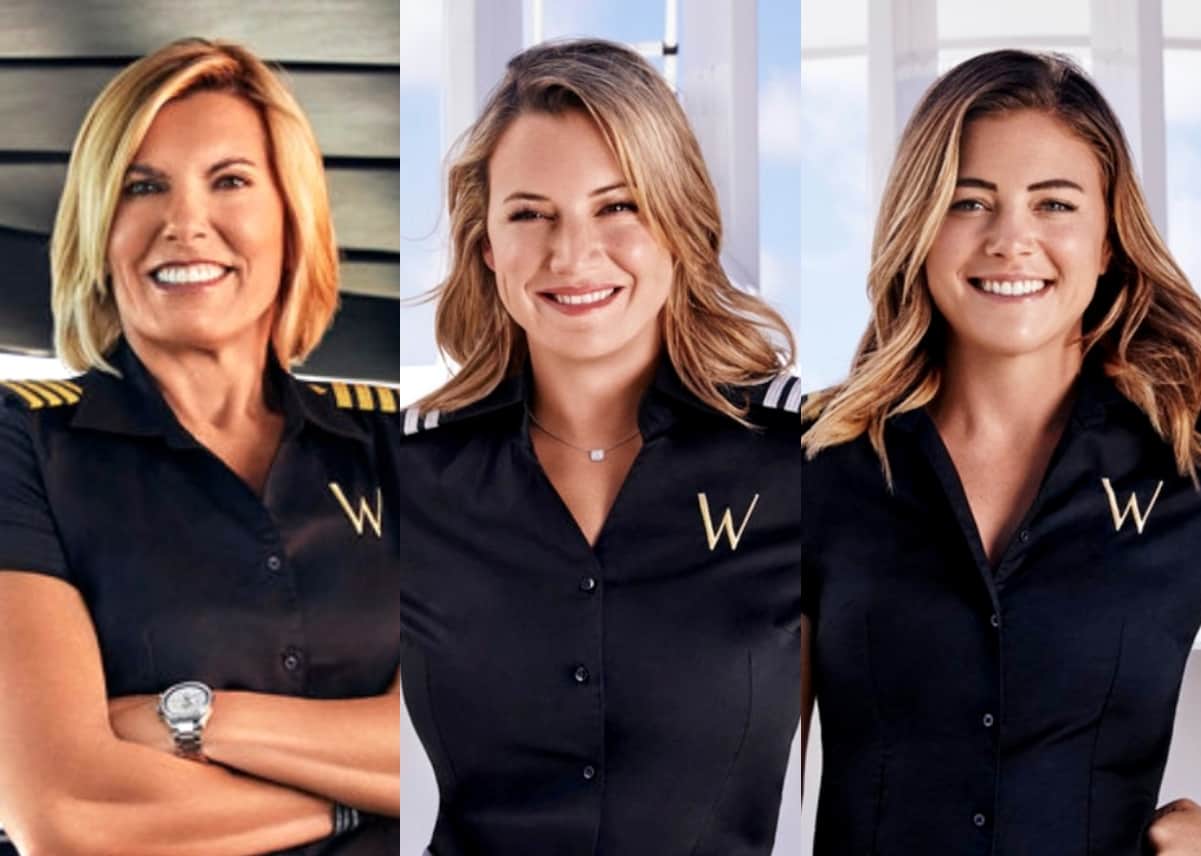 Captain Sandy Yawn dishes on her Below Deck Mediterranean crew members, discusses that infamous Cameo video she made about Malia White, and admits producers have asked her not to help the crew so much. Plus, she claims Hannah Ferrier likely wanted to be fired.

Captain Sandy has been in the yachting industry for more than 30 years, and she has worked with some of the best yachties in the business along the way. However, when it comes to the crew members she has worked with throughout her four seasons on the show, she says the majority of them haven’t really met her standards.

“I’ve had to learn over the years to not expect [the talent] I have in the industry because the show’s very different,” she said on the Side Piece with Melissa Pfeister podcast. “It’s cast and crew, I don’t hire them. And I’m not competing with another charter boat, so I have to relax on that end, and go, ‘Okay, we’re not competing because I’m on a TV show.’ I’ve had to step back a lot and allow them their time. Then, if a client complains, then I’ll go in. But other than that, I’m okay. You know, I didn’t hire them, they’re casted, [but] I’m gonna do my best to support them.”

Fans of the show have frequently called Sandy out for hovering over the chef or attempting to micromanage everything on the boat, but she says she has actually “held back” from helping because producers have asked her not to step in so often.

“I stepped on the boat and I was gonna run it, but the producers at the time [and] Mark Cronin didn’t want me to help so much,” she shared. “But I’m a helpful captain because in the charter business you have to help.”

She added, “The show — in the beginning — they didn’t really want me to help. So, a lot of my personality doesn’t really come off because I’m held back because it’s a TV show.”

Sandy also addressed calling bosun Malia “secretly gay” in a Cameo video she made for a fan in September 2020.

“Malia… I think she’s secretly gay, to be honest. That’s my opinion. Everybody in production thinks that,” she said in the Cameo video before laughing and covering her mouth at the slip-up. “Oh! That’s gonna be public isn’t it! Okay so maybe… who knows!”

If fans recall, once Malia got wind of the video, she claimed she was “shocked” that the captain had discussed her sexuality, but she explained she was straight. But according to Sandy, the video was actually “edited,” and she and Malia are still on good terms.

“Someone edited that. It’s not the full video,” she explained. “It’s hilarious, like, you know, Malia and I are fine. You know what, anything can be done with an edit, right? Because at the end, it’s a joke. It wasn’t what you see. For me, I don’t give it my energy. Think about this, someone is so bored in life that their sole focus is to tear people down.”

Later in the podcast, she also discussed her beef with Hannah, who recently claimed Sandy had wanted her off the show “from day one” and was simply looking for a reason to fire her. But Sandy seemingly thinks Hannah just didn’t have the guts to leave, and she was simply waiting for someone to push her out.

“You know, Hannah, I’m so happy that she has a child. That’s all she ever wanted,” she said. “She wanted to be married and have a kid. I think, psychologically, sometimes we do things because we don’t know how to leave. I did that in my last relationship. I didn’t know how to leave… it had to be done for me.”

Finally, Sandy was asked if it’s possible that either production or Malia planted Hannah’s Valium and CBD pen on her bed so it would be found.

“Production does not plant things. Production does not do that,” she asserted. “Malia — I don’t know, I don’t think, why… That’s for Malia to answer. I can’t imagine Malia would plant something. But I have no idea. I would hope not.”