Did Lisa Rinna Tip Off Erika Jayne About RHOBH Cast’s Meeting? Sutton Stracke Claims She Knew About Their Secret Chat Before Kyle’s Dinner 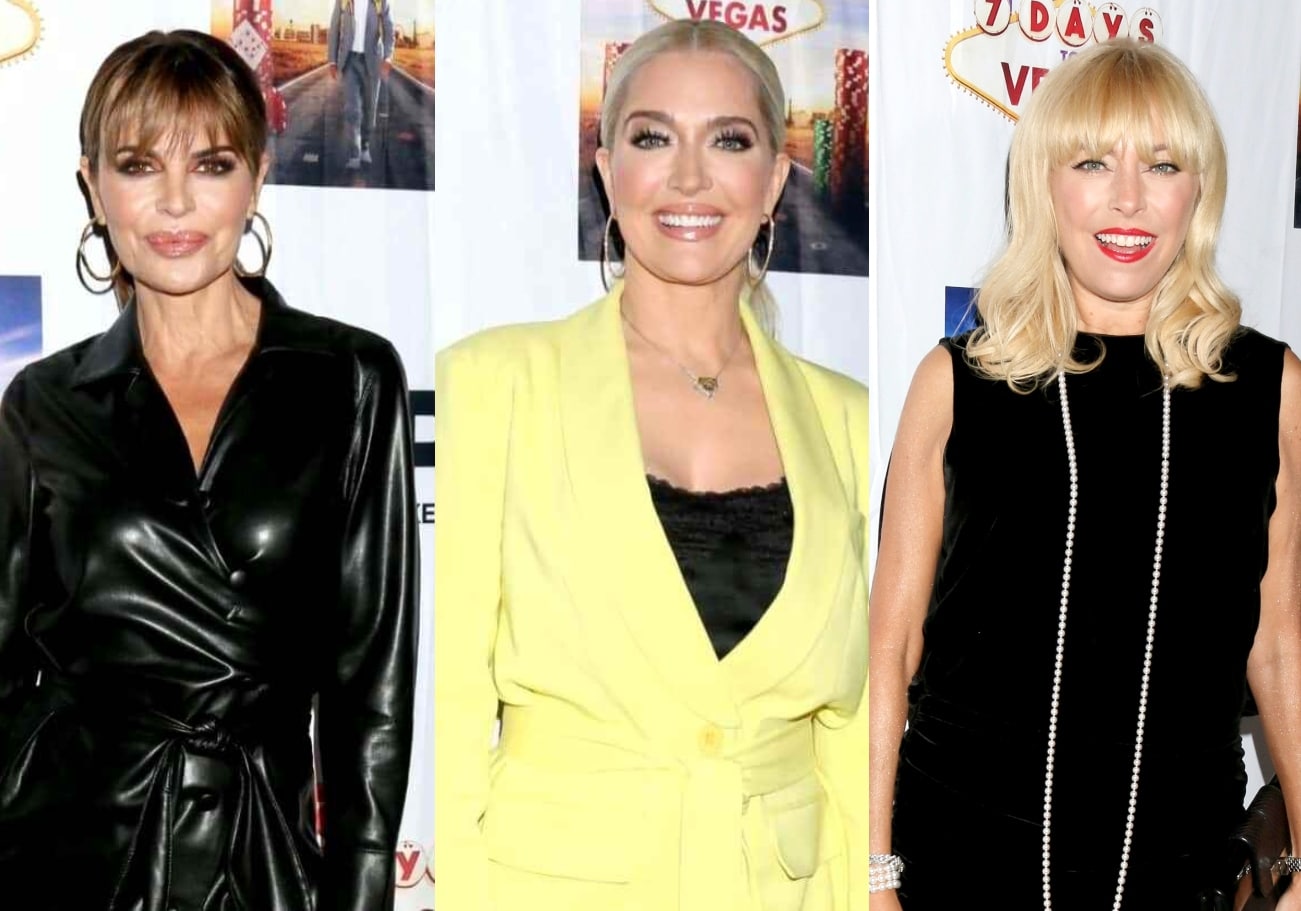 Sutton Stracke believes Erika Jayne knew about the meeting she called with The Real Housewives of Beverly Hills cast prior to their holiday dinner at Kyle Richards‘ home.

Following Wednesday night’s episode, Garcelle Beauvais pointed out that their private chat wasn’t meant as a bashing session against Erika as Sutton commented on Lisa Rinna potentially tipping Erika off about the conversation before their tense group meal.

“The meeting to talk about, ‘Are we liable?’ wasn’t against Erika. It wasn’t like, ‘Oh my gosh, she’s a horrible person, oh my gosh, she really did this.’ It was like, ‘Oh, could we?’ That’s what it was about. So for them all of the sudden to be like, ‘Tell them what you said, tell them what you said,’ it’s like, everybody said something,” Garcelle recalled during the August 18 episode of the RHOBH: After Show.

“Exactly,” Sutton replied. “[And] the other thing I’m thinking is, Erika’s been tipped off. She knows that we all got together. She knows. Someone has told her that we had gotten together and I knew that was going to happen anyway because I’m not stupid. We’re women. We talk, which is fine, but I know that she knows we met separately without her.”

When Sutton was then asked who could have shared the news of their cast meeting with Erika, she emphatically replied, “Lisa!”

“And that’s okay with me,” she continued. “They’re best friends. It’s fine.”

According to Sutton, she would have done the same thing if she and the RHOBH cast had called a meeting about something going on in Garcelle’s life without Garcelle’s knowing.

“I would call her and say, ‘Garcelle, we had a meeting. You weren’t invited and we were talking about you. Not in a bad way, but we were talking about something that’s going on in your life that we’re concerned about.’ I would totally call her, 100 percent. And I don’t have a problem that she did that,” Sutton explained.

Sutton then noted that while she doesn’t “know for sure that [Lisa] did that,” she “can only imagine that she did.”