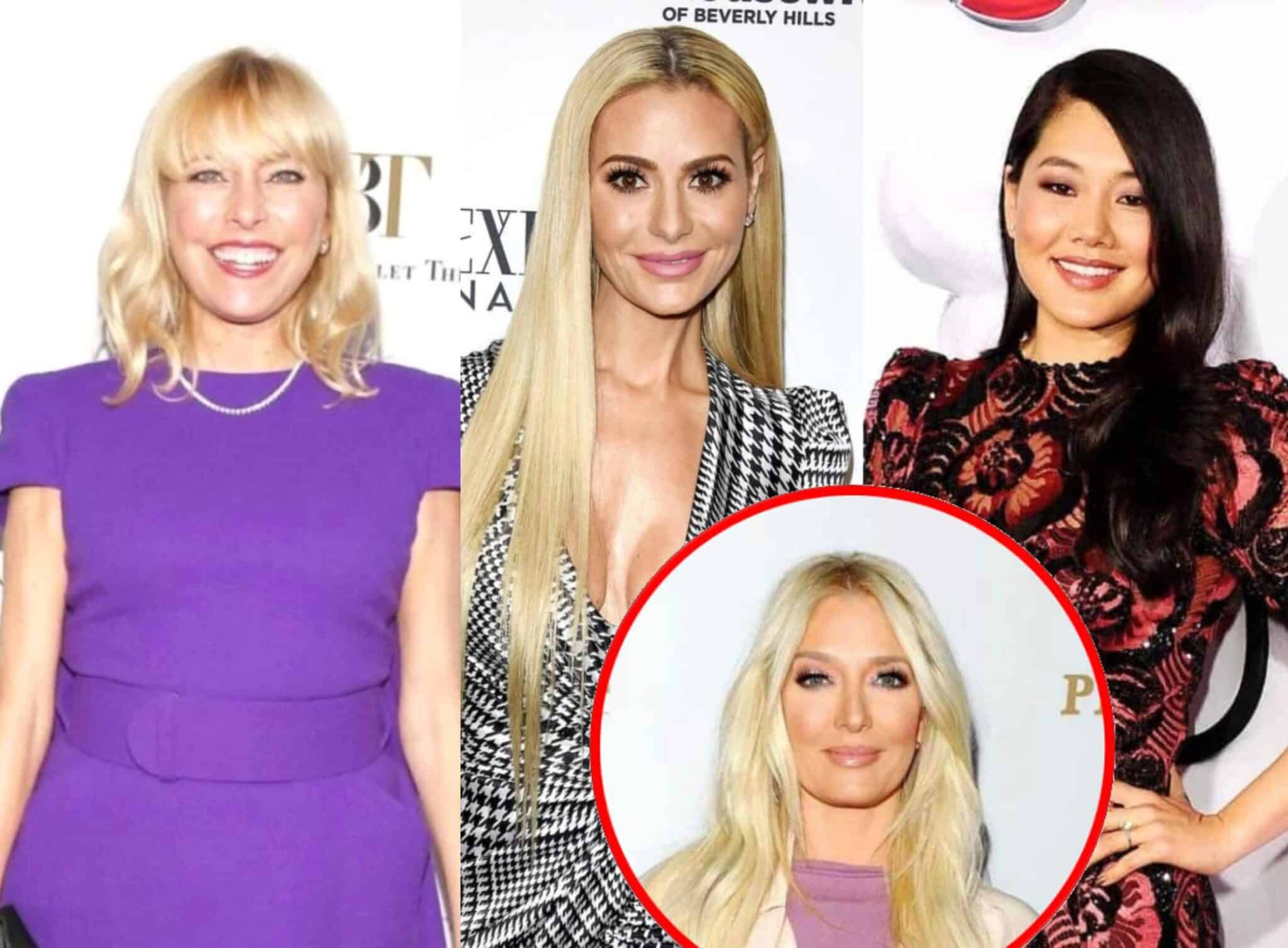 The Real Housewives of Beverly Hills cast is speaking out about the latest episode of their show.

After being seen reacting to an L.A. Times article that chronicled Thomas Girardi’s alleged crimes against his former clients, who is accused of robbing for millions, the ladies of the show admitted to feeling shocked by the information as Sutton Stracke explained why she read the piece not once, but three times.

“It was like, ‘What exactly is this? What is happening?’ Because there’s not been any mention of this. This is real criminal behavior,” Dorit Kemsley said of her thoughts on the article on the August 11 episode of the RHOBH: After Show. “That was the part that was most surprising and most difficult to digest, and this is kind of insinuating that this is far bigger than we thought it was.”

Because Thomas, along with Erika, is accused of stealing $2 million from family members of victims of an Indonesian plane crash in 2019, Crystal Kung-Minkoff, the show’s first Asian-American cast member, feels she has a “personal” connection to the case against him.

“I felt very connected to the victims because I have a lot of friends in Indonesia and Malaysia and the Lion Air was off the heels of the Malaysian air crash so I remember I was, both times, panicking, calling my friends, like, ‘Are you guys okay?’ and [asking] if they knew people. It’s obviously a big deal for the country. It felt very personal,” Crystal explained.

“This is when I got a little… the hair raised up for me,” Sutton admitted. “It’s a very dense article, and it’s a lot of public records, and it includes Erika in the indictment, and it spans 20 years. I started to question a lot of things immediately. We all have LLCs. If $20 million is coming into your LLC, you are responsible to know where that money is coming from.”

While Erika has claimed to be in the dark about her husband’s dealings, Sutton said her lack of knowledge about her finances was “irresponsible.”

“I don’t like someone saying, ‘I don’t know where that money came from,'” she stated. “I think it’s irresponsible, and it makes women look bad.”

During another segment of the RHOBH: After Show, Kyle Richards said that while she was initially unconcerned about how her presence in Erika’s life could impact her own well-being, she began to wonder if Sutton was on to something in wanting to distance herself from her as time went on.

“Sutton had called me after we left La Quinta on the ride home and was saying, ‘I have read this article. I’ve analyzed it, and this is a hot mess of a situation, and for us even to be in this group together could be a situation, and I am nervous. I am scared, and I’m going to call a meeting with the group,'” Kyle recalled. “I had no concerns at all so I was like, ‘What are you talking about?’ I thought maybe she was being a little overly dramatic, but then I started thinking, ’She’s read the article. I haven’t. Who knows?’”

Sutton then explained why she asked so many questions about Erika’s legal drama.

“I read the article a third time, and then I sent it to my ex-husband to read because I thought this was really big, and to be honest, I got really worried for us as a group. It wasn’t accusatory or like, ‘Erika’s a bad person.’ It was more, yes, selfish, I wanna make sure I’m okay. And also, I wanna make sure that my friends are okay. That was really what I was saying,” she explained. “Because we’re hearing her side of the story. We aren’t in court. So by hearing that, is it okay that we’ve heard that? That was really my biggest point that I wanted to make.”