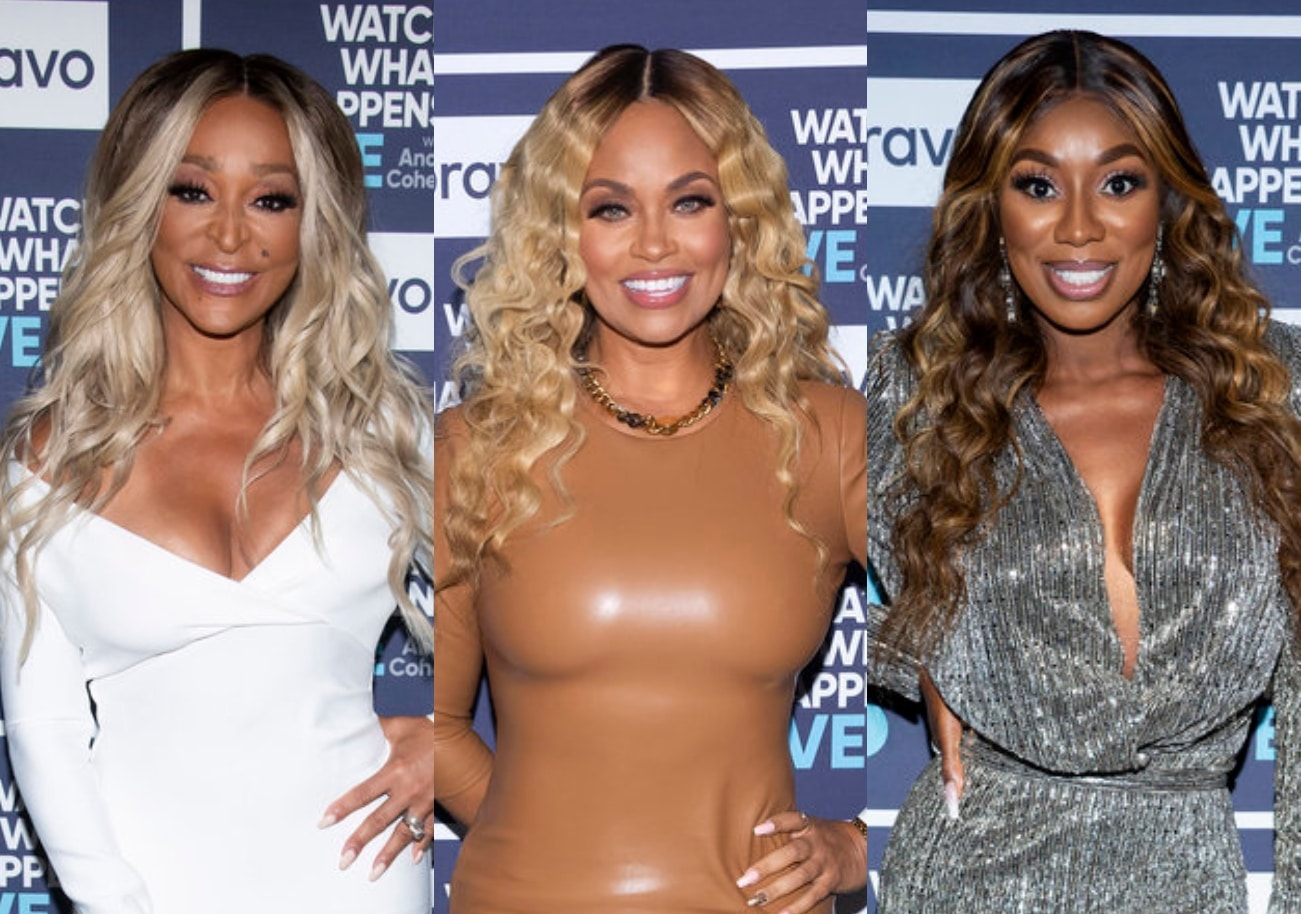 Karen Huger discusses the drama-filled dinner on the latest Real Housewives of Potomac episode and reacts to Gizelle Bryant calling her a “troll” before explaining why she’s so upset by Gizelle’s comment about her husband, Ray Huger.

When it comes to throwing shade, Karen is seemingly in a league of her own as it seems so effortless for her. And when she sat down for a new interview, she was ready, willing, and able to drag Gizelle yet again subtly.

When asked if she felt the “divide” amongst the group during the dinner party on the August 15 episode, Karen shared that she felt no such thing because everyone was on her side when she spoke up to defend Wendy Osefo against the My Word author’s notion that Wendy’s personality has changed.

“No, it was not a divide,” she said when speaking with Hollywood Life on Monday. “They all were acknowledging that, ‘Yeah, Karen’s right.’ The nodding of the heads was the acknowledgment that they understood that a change needs to happen. So, no, I don’t think we’re divided. In fact, I think we’re united.”

Viewers watched as the Grand Dame and Gizelle traded jabs with the green-eyed bandit calling Karen a “liar” and a “troll,” but Karen doesn’t appear to be too bothered, especially regarding the “troll” remark.

She added, “I tune a lot of ignorant comments out. We’re grown women. Who says troll though? What is a troll?”

As for Gizelle suggesting that Wendy is overcompensating with her new look due to the cheating rumors surrounding her husband, Eddie Osefo, Karen insisted that Gizelle is simply trying to “intimidate” the professor, which she refuses to allow.

“That’s a form of bullying or intimidation that an insecure woman needs to execute on a very confidant woman to put her in her place or remind Wendy who Wendy is,” she quipped. “Not on my watch! Not with my girlfriends. You are not tearing down a sole on this friendship train.”

Karen also shared that she’s still seeking a true apology from Gizelle over her comments about Ray seasons back. If fans recall, after Ray offered Gizelle dating advice, explaining she needs to “attract” men while she’s still relatively young, Gizelle clapped by stating that Ray “will be buried six feet under before [her face] fades.” Though Karen’s co-stars have insisted that Gizelle wasn’t “wishing death” on her husband, she is standing her ground because the remark hurt her children.

“When any good mother hears your child – being they’re a young adult now or not – continuously say that this really hurt them, and you share that with someone that calls themselves your friend, then do the right thing,” she said. “I know I would. Just do the right thing [and apologize].