Eboni K. Williams Talks Confusion Over Bershan’s Role on RHONY, Feud With Luann and Admits She and Ramona Don’t Align on “Basic Values,” Plus Reunion Update 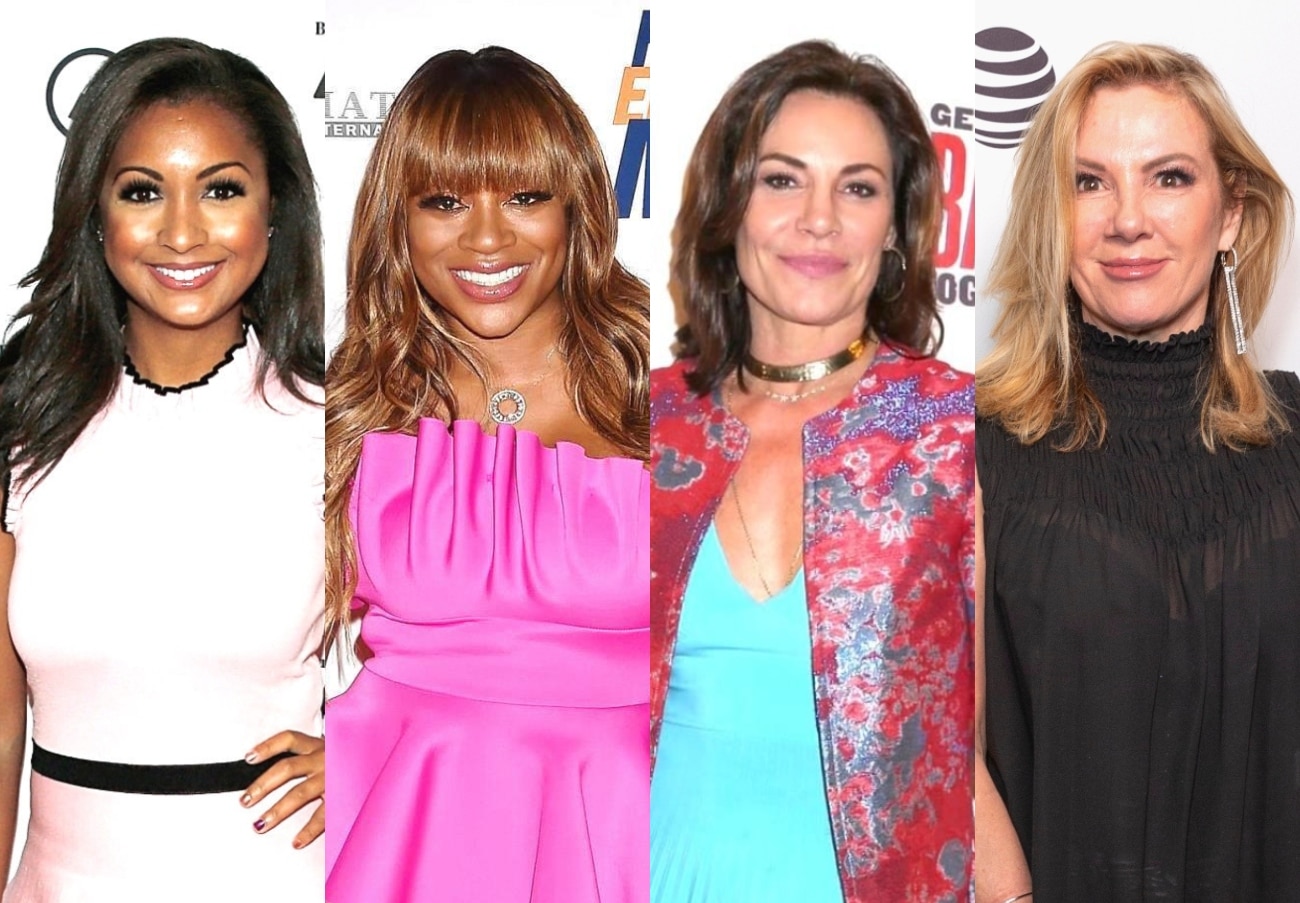 Eboni K. Williams is getting candid about her experience so far on The Real Housewives of New York City.

In a new interview, Eboni explains why it’s been difficult for her to watch the show as she discusses her relationship with Ramona Singer, admits she was confused when Bershan Shaw began filming,  and offers an update on the season 13 reunion.

It’s been a tough freshman season for the first Black RHONY cast member, to say the least. She’s been blamed for the show’s drop in ratings, along with many other things, but she’s firmly stood her ground all along. Nevertheless, that doesn’t mean she hasn’t been affected by some of her experiences on the show, including when she was called “angry” by Luann de Lesseps. In fact, after watching the show back, which she says has been “re-triggering and re-traumatizing” at times, she realized that her confrontation with Luann was more troubling than she initially thought.

“I was like, ‘Well, maybe I was showing up as more hyper-emotional than I felt inside.’ So I made space with that possibility,” she told Variety earlier this week. “But all watching it did [for me] was affirm, no, I was pretty calm, actually. So to then see Luann refer to me as ‘angry,’ I was probably more discouraged seeing it back than I experienced in real life. I was really glad to see when she said, ‘I didn’t say anything about your color,’ I was able to articulate the subtext, which is, ‘You don’t have to. It’s implied.'”

She and the Countess eventually made amends following the fight in question, and Eboni said she was “proud” of how that conversation went down and how the women were willing to listen to her perspective on the matter.

The political commentator also dished on where she and Ramona stand right now following numerous reports that the show is in turmoil as production scrambles to schedule the season 13 reunion.

“I had dinner with Ramona just a couple of weeks ago, per her request, and I’m always going to be open to that conversation,” she said. “I think at this point we know where the opportunities of similarity and kind of light-hearted conversation can be. I think we know much better — both of us, I think — where the limitations are.”

As fans well know, Eboni and Ramona have butted heads on several occasions, including when Ramona threatened to leave her home apartment when the former Fox News host wanted to discuss politics with the 64-year-old. But according to Eboni, discussing the 2020 election wasn’t about politics, it was about “basic truths.”

“What was totally foreign to me was Ramona’s total hostility to even acknowledge basic truths so that we can kind have a level set where we were as women, potential friends, new friends, even castmates,” she explained. “So that was hard for me, because I don’t know what to do when someone refuses to acknowledge baseline realities.”

As for whether Eboni believes she and the Life on the Ramona Coaster author align on those “basic values of humanity,” that would be a resounding “no.”

“No! No, no, I don’t,” she declared. “And the reason I have to say no, I don’t know, is because Ramona refuses to give the evidence to let me know that we do.”

Though she has already denied having anything to do with the rumors about Ramona being fired, she shut the notion down yet again. Eboni said she’s not a “p*ssy,” so she’d admit if she wanted the OG to be fired, but she’s never even “made that suggestion directly, indirectly or in any other capacity.”

Eboni also discussed Bershan, who was introduced as Ramona’s friend on the show earlier this season. Though Eboni was “happy” to see another Black woman on the series, she didn’t understand why she was brought in, and production allegedly wasn’t very clear about Bershan’s role.

“But what I was confused about with the capacity in which Bershan was on the show, because like you said, we were halfway through. And nobody would really be clear about it,” she told the outlet. “I’m like, is this my castmate? Is this not my castmate? And the only thing that was ever told to me was she is not a cast member, she’s not a Housewife. She’s actually not a ‘friend of’ — that was told to me. But then she was filming with us, and that was her capacity.”

As for the reunion, which has reportedly been postponed on more than one occasion amid rumors that Ramona doesn’t want to discuss race, Eboni said she’s been given a date to film.

“I was told a time. I was told that we’re having a reunion. I was told what to wear to said reunion,” she revealed.