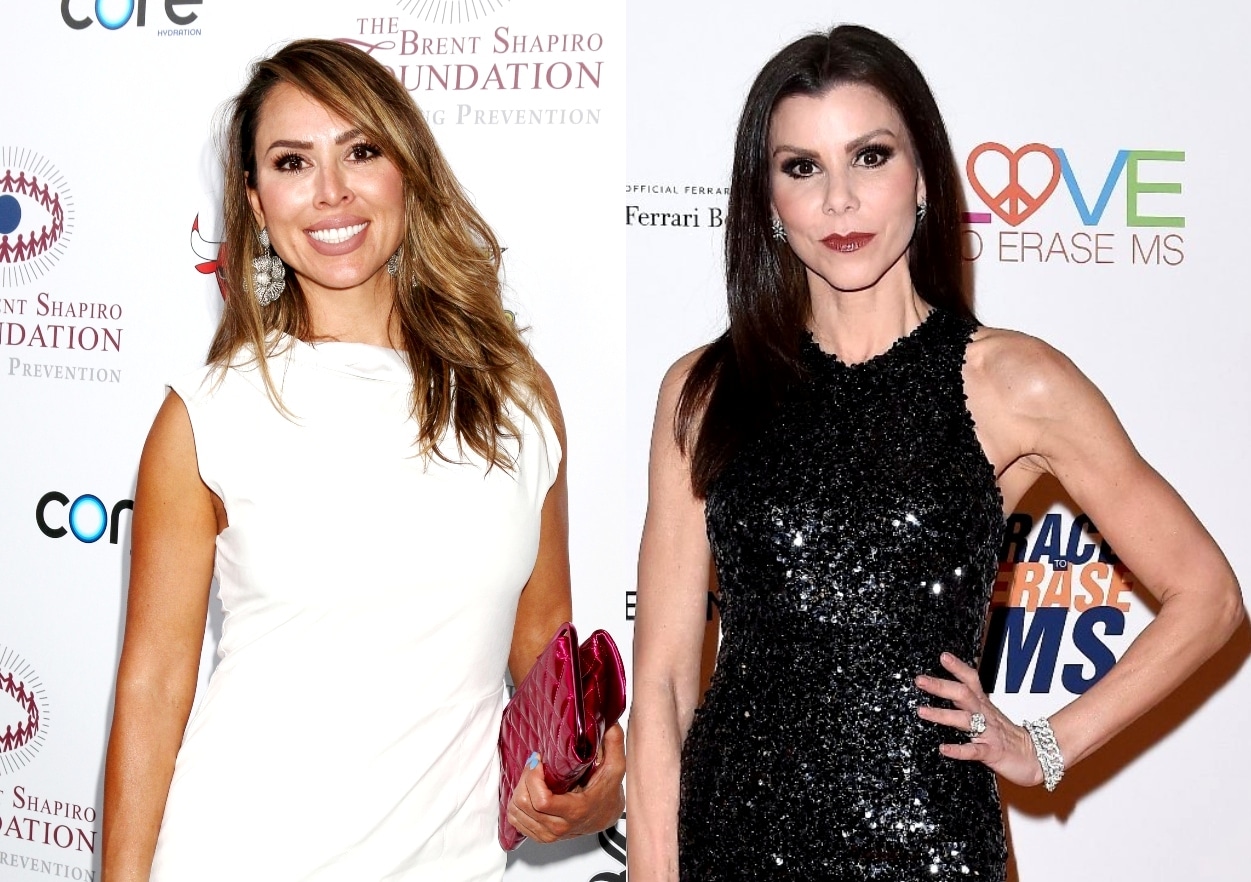 Kelly Dodd is slamming Heather Dubrow as she accuses the Real Housewives of Orange County star of lying about her season 11 exit.

Kelly hasn’t had anything nice to say about Heather since the Dubrow Diet author snagged a spot on the show as she was given the boot. In fact, while reflecting on her time on the series and thanking her fans following her firing, Kelly admitted she loved all the season 16 stars “except the snob,” Heather.

However, she recently decided to take things a step further by speaking about her one-time co-star on the premiere episode of her new podcast, Unmasked, with her husband, Rick Leventhal.

In the teaser for her podcast, which has been shared with The Sun, Rick asked Kelly to share her thoughts on Heather, and she went on to blast the actress.

“Go f**k yourself,” she said before encouraging Heather to, “Go sue me!”

She added, “Sue me! Lawyer up, clean up my bank account let’s see how that goes for you. Pretentious b***h!”

If fans recall, Kelly was forced to issue an apology to Heather and her family after she received a legal letter from their attorney for claiming she and Rick contracted COVID from Heather’s son at a party. Unfortunately, it doesn’t seem that Kelly is sticking by that apology.

“So I got this letter from an attorney for the Dubrow family reminding me I made a statement that made it sound like truth when in fact it was a joke, and for that, I am offering my sincere apology,” she said via Instagram in July.

“I’m going on the record right now to be very clear Rick and I don’t know how we caught the virus and we’re both very, very sorry for any trouble we caused the Dubrow family,” she added at the time. “We hope you accept our sincere apology.”

Elsewhere in the podcast, the former reality star claimed that Heather didn’t actually walk away from the show in 2017 due to the toxic “climate.” She asserts that Heather quit because her feelings were hurt after she was “demoted” to a friend of the show.

“Did she quit herself?” she continued in her rant. “Yeah. But she got demoted to a friend role.”

This actually isn’t the first time that someone has claimed that Heather quit after being offered a reduced role. In 2020, Tamra Judge, who is still friendly with Heather, suggested the actress walked away from the show following some behind-the-scenes drama with an executive, which caused her to lose her full-time position.

It’s unclear if Heather will even acknowledge Kelly’s recent remarks, but she did clap back at Tamra at the time, stating, “No one should speak for me except me.” However, she never really confirmed or denied if Tamra’s claim was true.