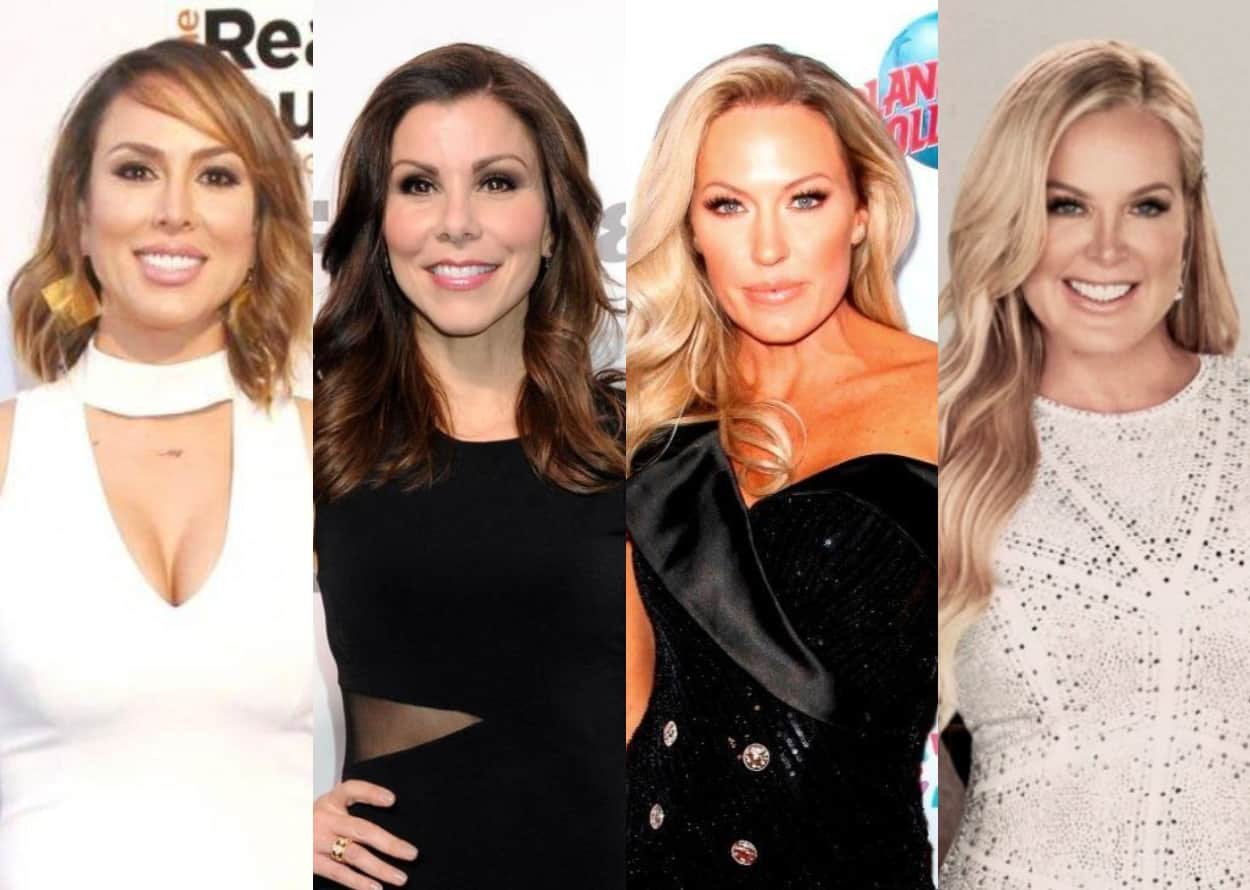 Kelly Dodd, Braunwyn Windham-Burke, and Elizabeth Vargas are speaking out about their recent departures from The Real Housewives of Orange County.

Hours after Bravo confirmed that their contracts would not be renewed, Kelly took to her social media pages to look back on the five years she spent with the show and slam the returning Heather Dubrow as Braunwyn and Elizabeth also spoke out.

“The last five years have been an amazing experience. The next five years will be even better. I am so grateful for all the love and support and so excited about the future,” Kelly wrote in a June 16 post on Twitter. 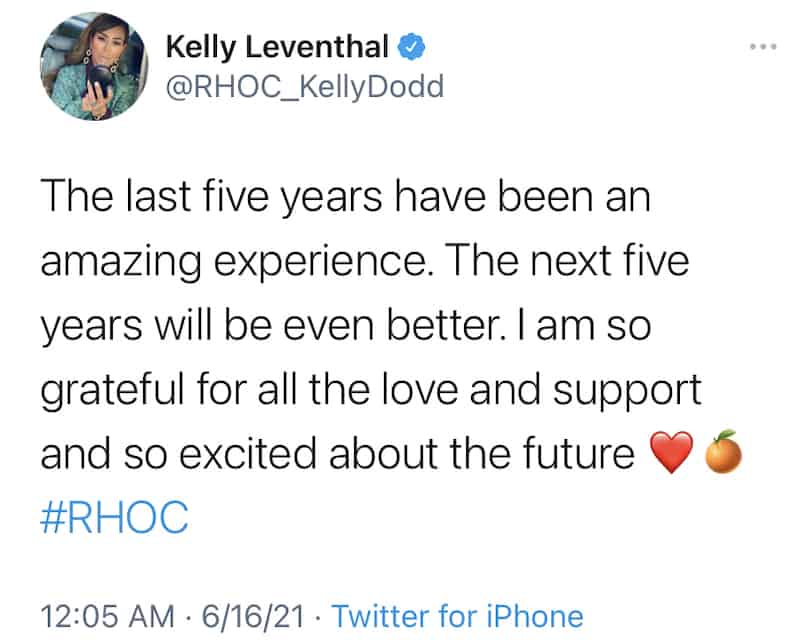 Then, after seeing the announcement regarding Heather’s return, Kelly took a much less civil approach and slammed her former castmate as a “snob” in the comments section of a post shared by the Real Housewives Franchise on Instagram.

“I love everyone except the snob [Heather Dubrow],” Kelly replied.

Meanwhile, Braunwyn shared her exit statement with PEOPLE on June 15.

“I’m incredibly sad to not be able to come back to The Real Housewives of Orange County next year. I loved every moment of being a Housewife, and am so proud of my time on the show – the good, the bad, and the in-between,” she stated. “I was able to get sober and stay sober on reality TV. That is something for which I will forever be grateful. And I came out, becoming the first gay Housewife in the franchise’s history.”

“I know I may have been too much for some, and that’s okay. I am real, and I am happy being me. I’m so grateful to those who have stood by me. There is a lot more to my life, and I hope you’ll stick with me on this journey as I move forward in my next chapter,” Braunwyn added.

Around the same time, Elizabeth shared a lengthy statement on her Instagram page, offering a thanks to everyone involved with her time on RHOC.

“I would like to thank NBCUniversal and Evolution Media as well as all of the producers, film crew, staff & my manager [David Weintraub] for the opportunity to participate in season 15 of The Real Housewives of Orange County,” Elizabeth wrote. “COVID 2020 was a very unfortunate and tough year for all of us during filming but we made it happen and I’m very proud of what we accomplished as a team. Despite filming during COVID and not really getting to know all the ladies fully, this past year has been the most extraordinary, amazing and beautiful experience of my life. I am so proud of the work we have done and the friendships we were able to build.” 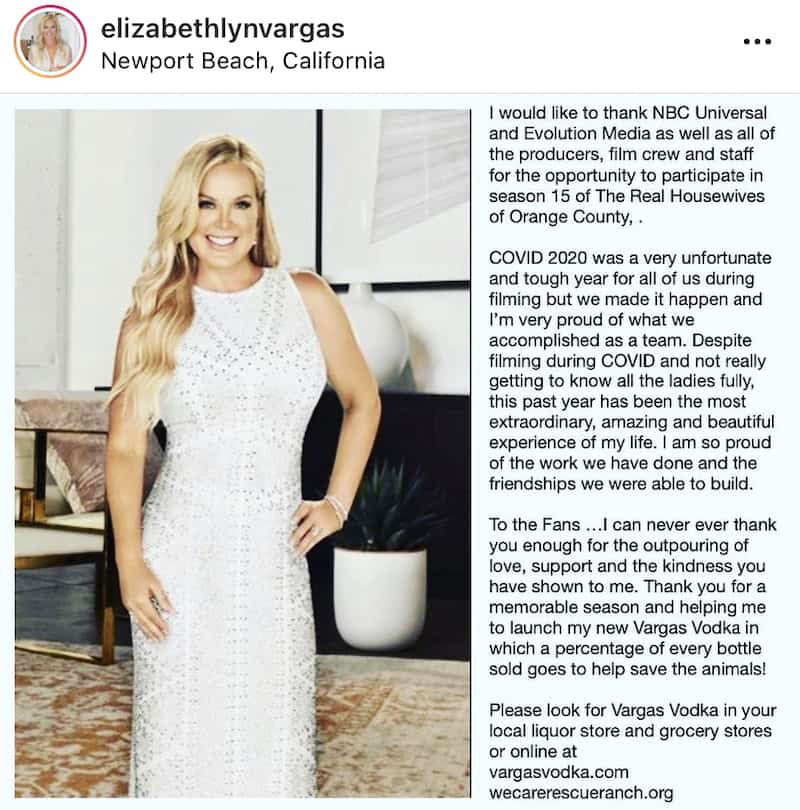 The Real Housewives of Orange County season 16 will likely go into production sometime in the coming weeks.