Home Below Deck Mediterranean Kate Chastain on How She Would Have Dealt With Lexi’s Drama on Below Deck Med, Jokes About Past Hookups With Chef Ben Robinson as He Reveals Where They Stand

Kate Chastain on How She Would Have Dealt With Lexi’s Drama on Below Deck Med, Jokes About Past Hookups With Chef Ben Robinson as He Reveals Where They Stand 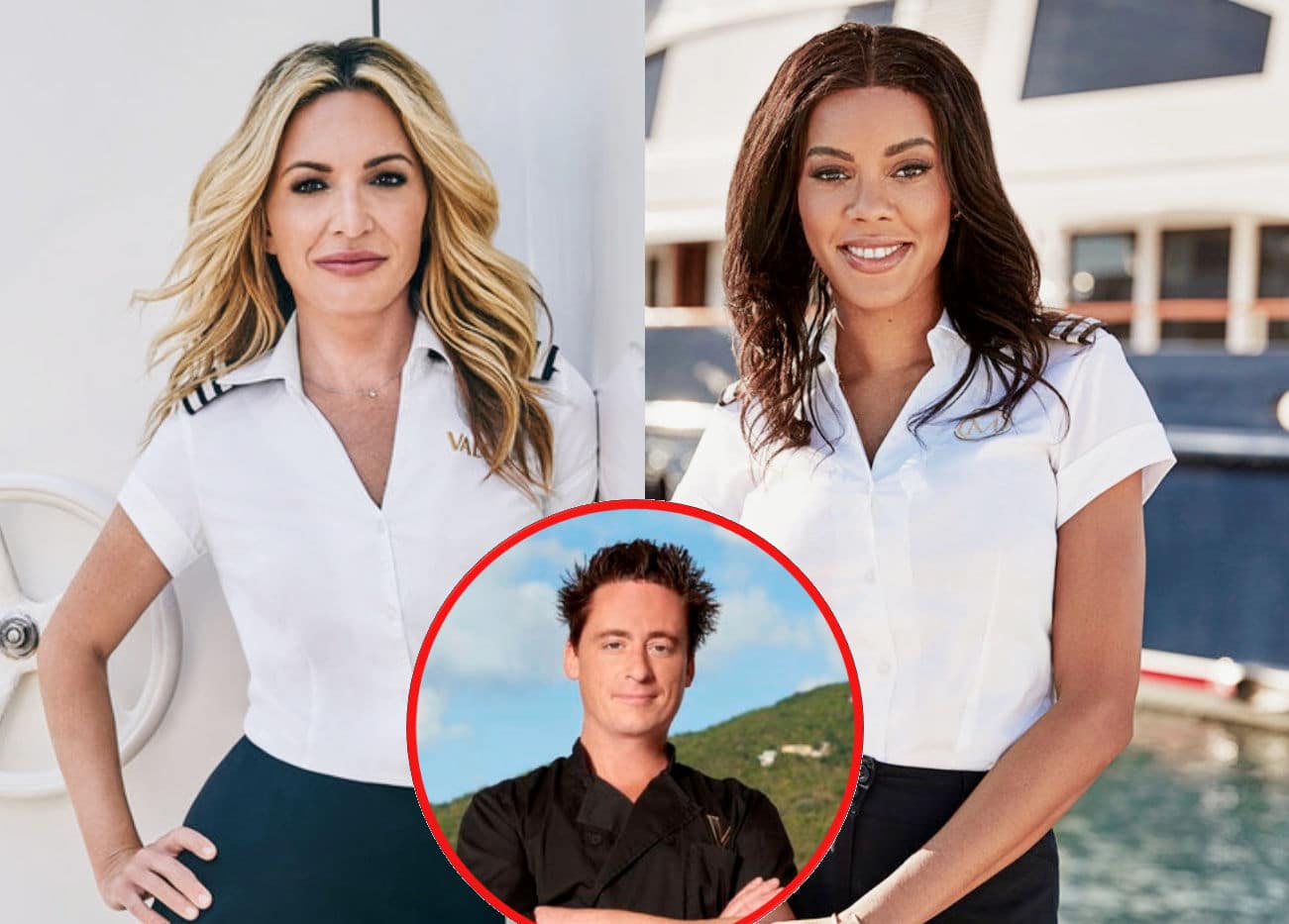 Kate Chastain admits she’s not sure how she would have managed Lexi Wilson as she and fellow Below Deck alum Ben Robinson joke about their hookups before offering an update on their respective love lives.

Below Deck Mediterranean fans have had a lot to say about the way Katie Flood has handled the sticky situation with Lexi with many believing the former beauty queen should have been axed. And though Kate isn’t quite sure how she would have kept Lexi in check, she says Katie should have done a better job disguising her fear.

“Dogs, bees, and Lexi can sense fear,” she told Showbiz Cheat Sheet on September 6. “And Katie is showing her cards too much. She has already lost the war, I fear.”

Nevertheless, Kate seemingly gets Katie’s predicament as she admits that she doesn’t have a clue how one could manage the defiant second stew on a regular basis.

“And, for the first time in my life I have no answer,” she said on the Another Below Deck Podcast. “Because there is no right answer for Lexi. There just isn’t.”

One thing is for certain, though, and that’s the fact that Kate would have immediately sent Lexi packing following her drunken meltdown.

“Oh yeah, I would fire her,” the former chief stew proclaimed, clarifying her remark about not having answers. “But I thought people meant like besides fire her, how would you manage her? But yeah I would have fired her, yeah.”

Katie also recently spoke with Showbiz Cheat Sheet and said she “110%” would have fired Lexi had it been her second season on the show. Apparently, the cameras just threw Katie off her game a bit.

“That’s a different dynamic and it was new to me, so I was navigating that side of it,” she said about having cameras record her every move. “There’s all these little things that I think the viewers don’t see or don’t really understand. And it’s not as black and white. It’s not just like, ‘OK, get off the boat.’”

Meanwhile, when Kate and Chef Ben spoke to Us Weekly in a new interview to promote Below Deck Galley Talks, the pair were asked if they regret their previous romantic rendezvous.

“Which one?” Ben asked before admitting that he has “no regrets” about their past hookups.

However, they both subsequently chose to dodge the question after Kate joked that she didn’t “really remember” their hookups.

If fans recall, when Kate and Ben worked together on season three, their fellow crew members felt there were some sparks flying between the two, and they later admitted that they met up a few times in between seasons two and three.

But, the two are now close friends, and they even live in the same apartment building these days. In fact, Kate is quite close with Ben’s girlfriend, Kiara.

“I’ve had a girlfriend for a couple of years now,” he confirmed. “Kate’s very good friends with Kiara and we all live in the same building. She’s great for me.”

As for Kate, she hasn’t met that special someone just yet, but she is back in the dating scene.

“I had a great date last night,” she gushed. “I’m getting back into the dating world quite a bit after the pandemic year so it’s great.”