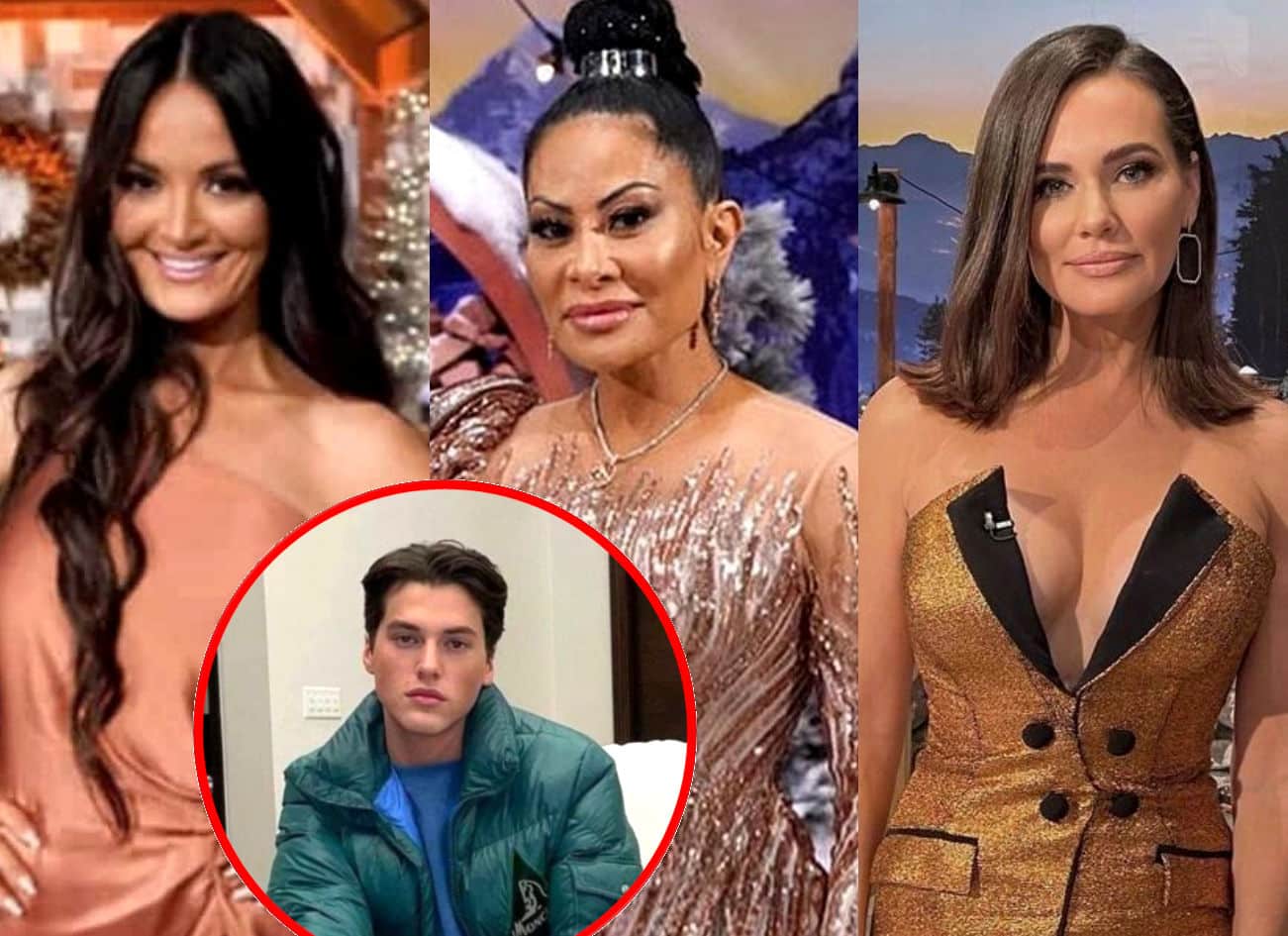 Lisa Barlow took to Twitter to defend herself against claims of being a bad friend to Meredith Marks amid Sunday’s premiere episode of The Real Housewives of Salt Lake City.

Amid claims of failing to have Meredith’s back against Jen Shah, who “liked” a number of “derogatory and hurtful” Twitter posts about her son, Brooks Marks, Lisa insisted there was more to the story as Meredith took to her own page to slam Jen over her social media behavior.

On September 12, after a fan suggested Lisa “rewatch and reevaluate the situation” and pointed out that children should be off-limits, no matter what their age, Lisa claimed to have talked to Jen about her antics.

“I talked to Jen- for Meredith about this and told her I was NOT ok with anything negative being liked or posted,” Lisa revealed. “Meredith knows this. I only control me. No one should be attacking anyone’s families or family members. Keep watching.” 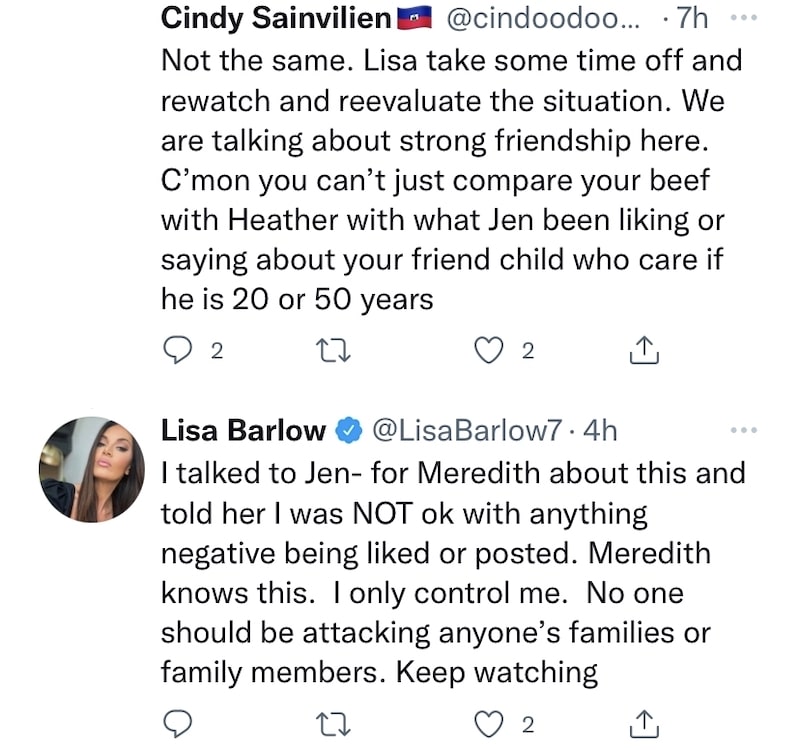 Meredith also seemingly gave a nod to the fact that Brooks is 21 years old and had engaged in some of the RHOSLC ladies’ drama online around the time that Jen was “liking” negative comments about him.

“My kids are minors and they haven’t commented on anyone,” Lisa shared, explaining how her situation differs from that of Meredith’s.

“That’s what I mean. You acknowledged all of that, so it would’ve been good to see the same acknowledgment of your feelings. You didn’t make any comparisons between the situations as you specifically said that you won’t say you’re more hurt than Mer or she, you,” a fan wrote in response. 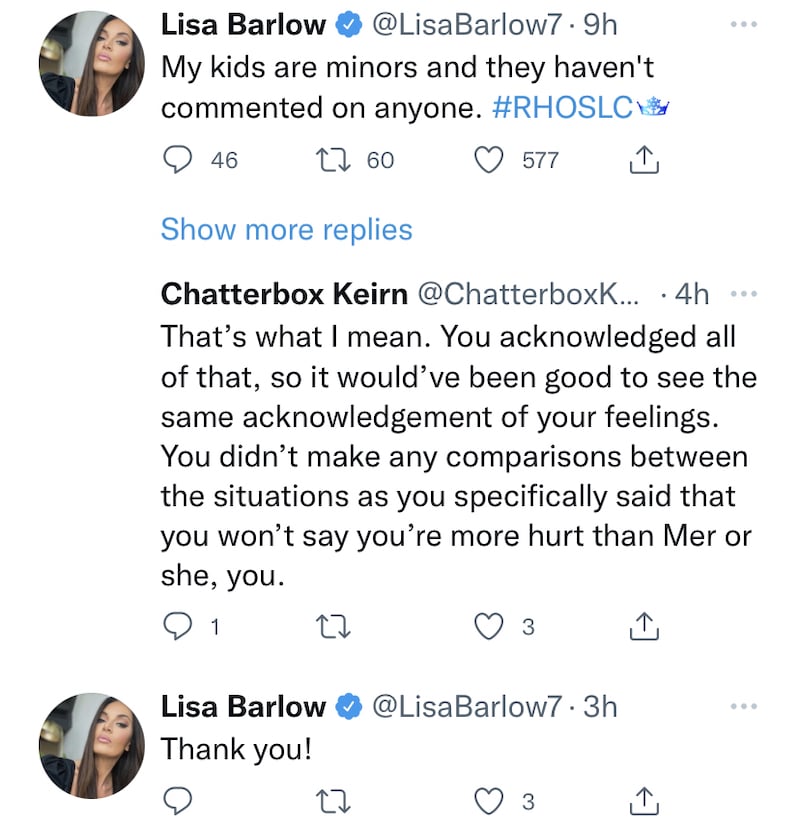 Then, in a third tweet, Lisa responded to claims of allegedly throwing away her friendship with Meredith in lieu of a closer relationship with Jen.

“I love you but You don’t throw your ten years friendship like that for Jen Shah. C’mon now!!” the person stated.

Meanwhile, on Meredith’s page, she shared a series of messages against Jen.

“As a young adult everyone should have an opportunity to find themselves without being told who they are,” she tweeted.

“I agree [with Heather Gay],” Meredith continued. “Liking and reposting is agreeing, endorsing, and advertising.” 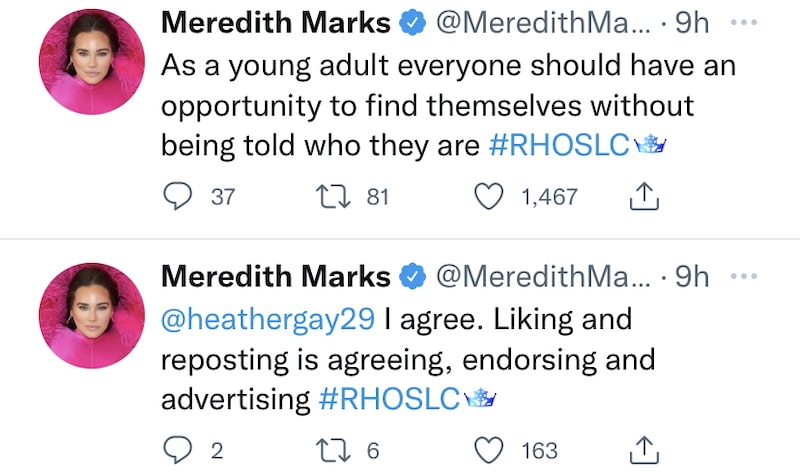 “Even when they grow up your child is always your child. Friends do not go after your children. Period,” Meredith went on.

Then, after saying there was “so much more than anyone knows” in regard to the drama between her, Jen, and Lisa, Meredith said it is never okay for someone who claims to be a friend to go after your child.

“Liking hurtful and derogatory remarks about a friend’s child is not a friend,” she stated. 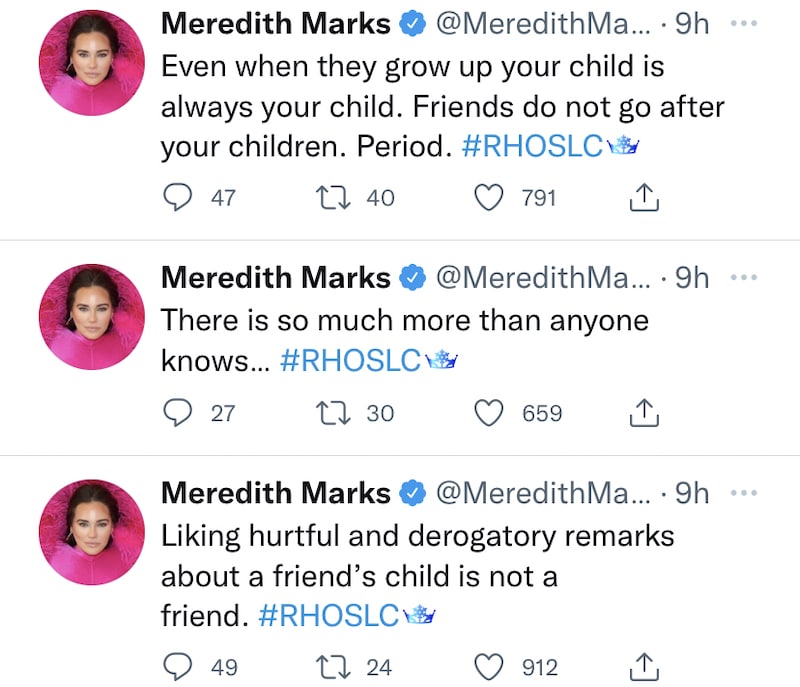